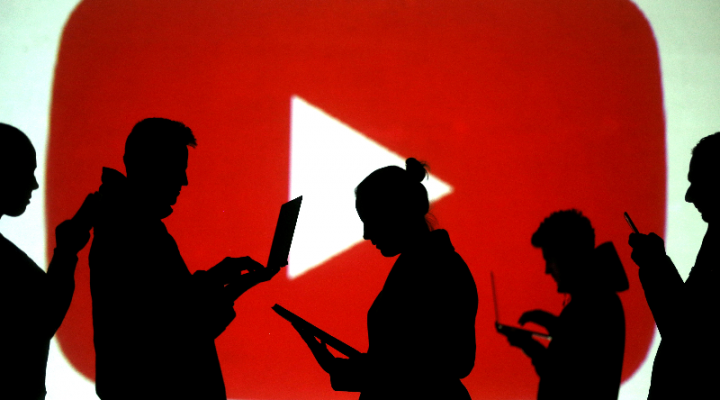 This dimension of the German Hybrid War on Russia is interestingly aimed at the German people instead of the Russian ones or those in any of the countries in which these two Great Powers compete.

Russia’s Human Rights Council concluded that YouTube’s removal of RT’s German-language channels amounts to censorship after the US-based tech platform permanently removed RT DE and Der Fehlende Party (DFP) earlier this week. This prompted Russia’s media regulator to warn that the site might be banned inside the country if this incident isn’t soon resolved in Moscow’s favor. RT’s editor-in-chief Margarita Simonyan remarked that this proves that freedom of speech is non-existent in the West. The broader contours of what’s happening right now is that the US is supporting the German Hybrid War on Russia through information warfare means by depriving the German audience of the Russian perspective on relevant events.

It’s not a coincidence that this happened right after the EU leader’s latest elections which resulted in an historic loss for Merkel’s party. Most observers agree that the future coalition that’s yet to be formed will most likely be unfriendly towards Russia, to put it mildly. This suggests that German-Russian relations will soon sour in many spheres, though the German people will now have difficulty hearing the other side of the story for why that might be. Censoring RT’s German-language channels is therefore meant to reinforce the infowar echo chamber aimed at continuing the trend of shaping the German public’s perceptions against Russia. Such an outcome might be manipulated to justify the expansion of German mlitary influence along the EU’s eastern frontier too.

The “new wall” in the New Cold War isn’t physical but ideological. Russia’s conservative-nationalist socio-political model has emerged as a credible alternative to the West’s liberal-globalist one. Germany and Russia therefore embrace contradictory views on the internal management of their countries. Unlike Moscow which doesn’t seek to expand its ideological influence abroad but nevertheless acknowledges its attractiveness among many in Western society, Berlin aggressively imposes its vision onto others, especially neighboring Poland through the ongoing US-German Hybrid War there. This campaign is expected to intensify in parallel with the one against Russia, both of which are being waged for ideological reasons and neither of which the German public will probably learn much about due to YouTube’s recent censoring of RT’s German-language channels.

This dimension of the German Hybrid War on Russia is interestingly aimed at the German people instead of the Russian ones or those in any of the countries in which these two Great Powers compete. It suggests that the new German government and its American patron aren’t comfortable with the German people being made aware of these dual Hybrid War campaigns. They’d rather consolidate their informational dominance inside the country than continue with the unconvincing pretense of promoting so-called “free speech” and “informational pluralism” within that society. A supplementary objective is to provoke Russia into banning YouTube on the legitimate pretext that its censorship violates the Russian Constitution, which could then be spun inside of Europe in such a way as to make it seem like it’s the Kremlin that’s the one afraid of free speech and not Berlin.

This is a similar modus operandi to their meddling in Russia’s latest elections which was driven by related infowar motives. These Hybrid War strategies aim to shape their own people’s perceptions about the Eurasian Great Power together with provoking Moscow into taking legitimate actions that can then add fuel to their weaponized infowar narratives. This isn’t being undertaken from a position of ideological strength, though, but of weakness. These aggressive actions show how fearful the American and European elite are of their people continuing to be attracted to Russia’s conservative-nationalist model. They lack the confidence in their own liberal-globalist model to allow it to fairly compete with Russia’s in the informational domain which is why they’re working so hard to manipulate Westerners’ perceptions of it.