HOME / WORLD / China Should Call US Bluff On Taiwan 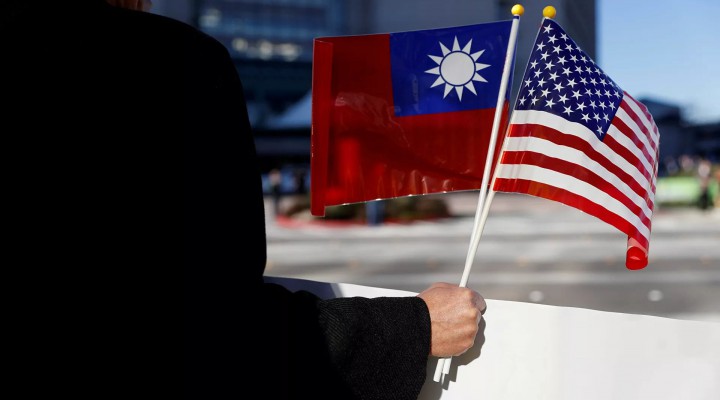 Washington’s “strategic ambiguity” towards China and its breakaway territory of Taiwan seems to be more mercurial and menacing. Ironically, that mixed signalling from the US is only making China more determined to take control of Taiwan – by force if necessary.

China’s President Xi Jinping this weekend vowed to reunite Taiwan with the mainland. Xi said he preferred to do this peacefully. But there is a growing sentiment in China that the time has come for Beijing to impose its sovereignty over the island by military force.

An editorial in the Global Times stated recently: “Resolving the Taiwan question through military means has become an increasingly realistic option.”

The news outlet is viewed as airing the views of China’s leadership.

Following the civil war, which the communist side won in 1949 establishing the People’s Republic of China, the rival nationalists fled to Taiwan to set up a renegade state. Most of the world recognises China’s sovereignty over Taiwan. That includes the United States which declared a One China policy in 1979 in deference to Beijing’s authority.

However, the US has also maintained a policy of “strategic ambiguity” whereby it provides military aid to Taiwan. Over the decades, Washington has sold billions of dollars worth of weapons to Taiwan, much to the irritation of Beijing which sees that as undermining its territorial integrity.

Tensions over Taiwan have brought the US and China close to military confrontation in the past. Veteran whistleblower Daniel Ellsberg revealed earlier this year that the Pentagon even considered using nuclear weapons in the late 1950s to deter “Chinese aggression” towards Taiwan.

Under President Donald Trump, the US policy arguably became less ambiguous with American support for Taiwan becoming more explicit. Administration officials visited the island and arms sales increased. This was against the backdrop of Trump waging a trade war with China. President Joe Biden’s administration has in some ways continued where his predecessor left off. Arms sales for Taiwan are going ahead and US warships are busily sailing through the South China Sea and the Taiwan Strait. The mysterious collision of a US nuclear-powered submarine last week in the South China Sea only underscores the traffic of American forces in the region.

Though against that, the Biden administration has also signalled it is willing to engage diplomatically with Beijing to resolve tensions. President Biden last week appeared to affirm in a telephone conversation with Chinese counterpart Xi a commitment to the One China policy.

Senior US and Chinese officials met in Zurich in recent days for productive talks on the need for cooperative dialogue in order to calm tensions and prevent all-out confrontation.

There were also cordial bilateral negotiations between trade officials aimed at overcoming disputes engendered under the Trump administration.

The deal by the US Department of Justice to not prosecute Meng Wanzhou, the chief financial officer of China’s telecom giant Huawei who had been detained in Canada for nearly three years for allegedly breaking American sanctions on Iran, is another sign that the Biden administration is trying to tamp down tensions with Beijing.

Nevertheless, these more conciliatory moves on the part of the Biden White House are contradicted by starkly hostile developments.

The unveiling of the new military pact between Australia, the United Kingdom and United States – AUKUS – which is aimed at containing China and will see American nuclear-powered submarines supplied to Australia to patrol the South China Sea has alarmed Beijing.

Then there are reports last week that the US has deployed dozens of special forces to Taiwan to help train the island’s military in defence against a possible incursion from mainland China. That disclosure is particularly inflammatory as it is seen by Beijing as an “invasion” of its territory.

This is while China sent over 150 warplanes near Taiwan over four days – a record number.

Tensions between the US and China are further heightened by American officials saying provocatively that their commitments to “defend” Taiwan are “rock solid”. The doubling down in ambiguity by the Biden administration may be intended to wrong-foot China. But the more Washington talks with forked tongue and double deals over Taiwan the more China may conclude that it has to lance the boil and take back full control of its territory once and for all.

Legally, China has the right to resolve the Taiwan question on its own terms. Taking over the island by force may also be the most expedient option for the sake of long-term security and peace despite American bluster about “defending” Taiwan. The unstable existing situation only allows Washington to continue meddling in China’s sovereign affairs. Beijing should call America’s bluff.

One thought on “China Should Call US Bluff On Taiwan”