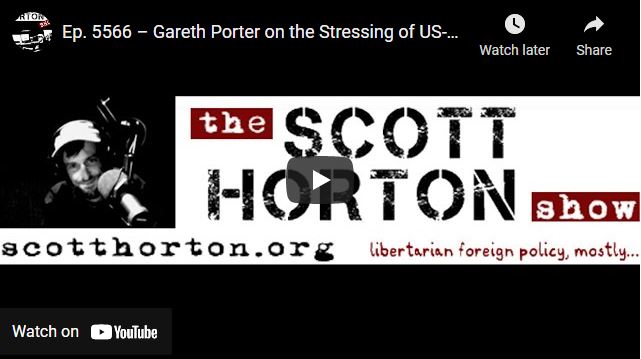 Scott interviews Gareth Porter about the tenuous and secretive relationship between the U.S., China and Taiwan.

Since the Nixon administration, Porter explains, America has had an official, but mostly tacit, policy of supporting the “one China” principle—but U.S. officials rarely say so publicly. This has left an ambiguity surrounding Taiwan’s status, and during the Obama administration one top Taiwan official in particular suddenly broke with America’s longstanding policy of urging the Taiwanese not to push too hard against the mainland Chinese government.

This encouragement has helped erode cross-Strait relations in recent years and has made Taiwan a potential hotspot for U.S. involvement in an open conflict with China. Such a conflict between nuclear superpowers, of course, would be utterly disastrous for all mankind.