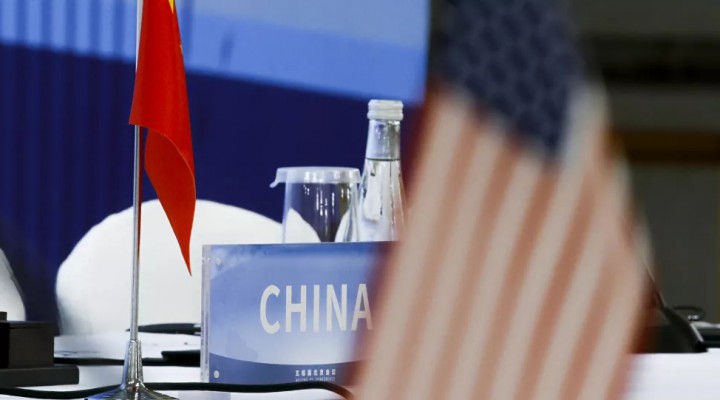 Most people would like to see a world freed from the shadow of nuclear destruction. It might seem odd therefore to agree with China’s insistence on not joining in arms control talks with the United States.

This week saw the US and Russia resuming long-overdue discussions on arms control. The Trump administration has repeatedly called on Beijing to join the talks to hammer out a trilateral deal for disarmament. American envoy Marshall Billingslea castigated China for “no show” during the two-day summit in Vienna.

China is right, however, when it refuses American entreaties to limit its nuclear arsenal. At this stage.

That’s because the obligation is very much on the US and Russia to vastly scale back their arsenals first. Both these powers account for over 90 per cent of the world’s total number of nuclear weapons, possessing approximately 6,000 warheads each.

China has an estimated total of 320 nuclear weapons, according to the Federation of American Scientists. That is roughly 20 times less the stockpiles of both the US and Russia.

As Chinese officials have pointed out, it is up to the US and Russia to dismantle their huge arsenals to levels comparable to China’s before the latter can participate in further disarmament. Moscow has said it respects the Chinese position.

Under the 1970 Non-Proliferation Treaty (NPT), signatory nations are mandated to seek comprehensive nuclear disarmament. While the total number of warheads possessed by the US and Russia have significantly decreased from the height of the Cold War years, both powers have still a long way to go towards ridding their stockpiles.

The Trump administration says it wants to include China in talks with Russia to form a new trilateral arms control treaty. It claims that bilateral accords with Moscow are out of date with today’s global configuration.

The Trump White House walked away from the Intermediate-range Nuclear Forces (INF) treaty with Russia last year. The only one remaining between Washington and Moscow is the New START accord governing long-range strategic missiles. The talks this week in Vienna are an effort to extend the New START which is due to expire in February.

Washington has strongly hinted that extending New START with Russia is conditional on China being brought into the fold of arms control. If no agreement can be found with Moscow, then there is a real danger of a new arms race being unleashed. In other words, the Trump administration is using the fear of global insecurity as a bargaining chip to entice China into talks.

This is a reprehensible approach by the Americans. Washington should first honor its bilateral agreements with Moscow. Given their inordinately destructive firepower, the US and Russia have a special duty to oversee disarmament between themselves as a top priority.

Eventually, all nuclear powers should be disarmed. In addition to the US and Russia that includes China, France, Britain, India, Pakistan, Israel and North Korea.

But first let’s see Washington and Moscow lead by example, by massively paring back their nukes.

Out of the two super powers, Russia seems to understand its global obligations for disarmament. It has repeatedly urged the US side to resume earnest negotiations on arms control. Washington appears to have adopted a policy of procrastination to sow doubts about its intentions with regard to the New START treaty.

Having quit the nuclear accord with Iran, and the INF treaty with Russia, plus the Open Skies Treaty last month, Washington appears to be deliberately aggravating tensions and conditions of nuclear blackmail. The purpose seems to be to coerce both Russia and China into a new trilateral arrangement that benefits Washington’s geopolitical agenda of rivalry with Moscow and Beijing.

Given the record of backsliding by the Trump administration on international agreements, its entreaties to China regarding arms control should be viewed with deep skepticism.

Moreover, given the recent toxic campaign of vilification against China by the Trump White House, who could possibly believe a word said by Washington purporting to seek an agreement with Beijing?

Chinese commentators are correct to dismiss Washington’s arms control propositions as a “trap”.

US envoy on nuclear talks Marshall Billingslea tried to shame China for “not showing up” in Vienna this week for talks. The real shame is on the US for the nuclear shadow it continues to cast over the rest of the world. If Uncle Sam gets serious about disarmament then he might have some credibility. Until then, it’s all just smoke and mirrors to conceal Washington’s ambitions for hegemony.

0 thoughts on “China Right on Nukes”