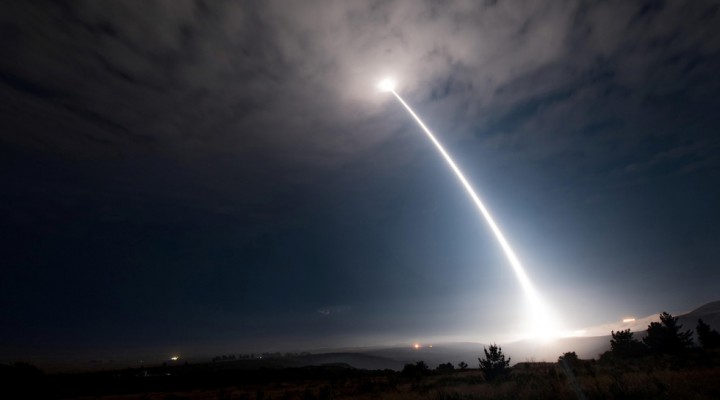 While promoting the possibility of bilateral agreements with Russia, the US was only interested in staging a cheap propaganda photo-op attacking China, making the prospects for New START look bleak.

Hope sprang eternal when, less than two weeks ago, the United States and Russia agreed to engage in much-needed arms control negotiations to be held in Vienna, Austria on June 22. Senior delegations of the two countries were led by Special Presidential Envoy for Arms Control Marshall Billingslea and Russian Deputy Foreign Minister Sergei Ryabkov. Two issues pertinent to global security were anticipated to be on the agenda—stability in Europe in a post-INF world (the foundational agreement for modern arms control, signed in December 1987 and which remained in force until the US withdrew in August 2019), and the extension of the New START treaty, the last remaining arms control agreement between the US and Russia which is set to expire in February 2021.)

However, while the New START treaty is a bilateral agreement between the US and Russia, the US made it clear that any extension must take into account China’s strategic nuclear forces. It’s a condition that all but kills any chance of the New START treaty being extended, since a completely new treaty vehicle would need to be negotiated on a trilateral basis. The insistence on a trilateral framework played a major role in the decision by the Trump administration to withdraw from the INF Treaty as well, something that does not portent well for the future of New START.

Even before the June 22 arms control summit, China made it clear that it would not be participating in talks, making any discussion of the extension of the New START treaty appear dead on arrival. The US, however, insisted that the talks go forward, raising the prospects that at least some progress could be made bilaterally between it and Russia.

In the end, however, cheap propaganda trumped substantive discussions, with the US, knowing full well China was not attending, setting out Chinese flags along an empty conference table for a photo that was later tweeted out by Billingslea, accompanied by a caption that read, “Vienna talks about to start. China is a no-show. Beijing still hiding behind #GreatWallofSecrecy on its crash nuclear build-up, and so many other things. We will proceed with #Russia, notwithstanding.”

The flag incident quickly drew the ire of the Russians. Ambassador to Austria Dmitry Lyubinsky said there “could not have been any Chinese flags at Russian-American consultations on strategic stability,” posting a flag-less picture on Facebook.

Billingslea’s tweet was countered by one from prominent Chinese journalist Chen Weihua, who criticized the US predilection for withdrawing from multilateral agreements such as the Iran nuclear agreement and the Paris Climate accords, before pointing out that “China has 300 nukes in contrast to 6,000 by US and Russia. So unless you agree to come down to 300 or even 500, you’re not making sense.” While not a Chinese official per se, Chen’s viewpoints are considered to closely track with official policy.

In the end, the Vienna summit was a bust, a one-day exchange of previously-held views which resolved no outstanding issues and left little hope for any breakthrough in the future. So long as the Trump administration continues to insist on Chinese presence at the negotiating table as a precondition for any new agreements, there is zero chance for progress in arms control talks with Russia, or China. This makes any extension of the New START treaty impossible, and a new nuclear arms race with Russia and China inevitable.