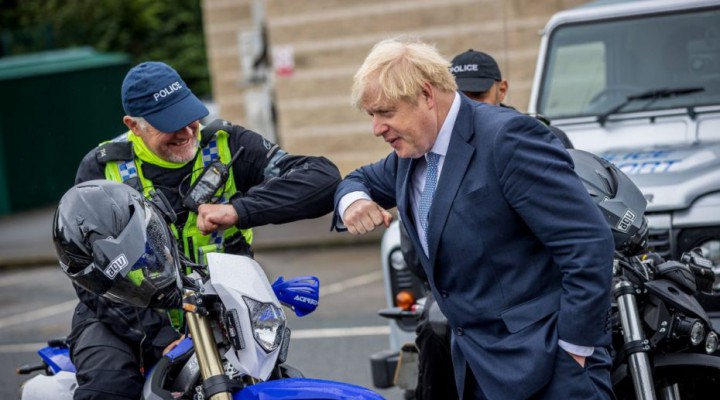 One year ago on August 27 British teenager Harry Dunn was killed by a reckless driver who crashed into his motorbike. But all the while his family have been denied justice. Why? Because the driver fled to the U.S. under diplomatic immunity.

Top U.S. diplomat Mike Pompeo has refused to grant an extradition request from the British government after American citizen Anne Sacoolas was formally charged with causing death by dangerous driving. Pompeo’s order to reject extradition of Sacoolas to stand trial in a British court has meant torment for the victim’s family.

“I can’t believe how cruel the U.S. government are being,” said the mother of Harry in a recent media interview marking the first anniversary this week since the 19-year-old was killed on August 27 last year.

Harry died when a car collided with his motorcycle outside an American military base in Northamptonshire, England. The car was being driven on the opposite side of the road by Anne Sacoolas whose husband was reportedly working as a CIA agent at RAF Croughton, a British base on loan to the U.S. military.

Sacoolas was interviewed by British police the day after the fatal incident, but subsequently fled to the U.S. citing a “diplomatic immunity” clause between Britain and the U.S. The American authorities have stonewalled all requests by the victim’s family for Sacoolas to return to England in order to stand trial.

It appears too that the British government have not tried too hard either to help the family in their pursuit of justice. The British foreign office has deferred to Washington’s position and ruled in favor of Sacoolas’ claim to immunity.

What the case illustrates is the pathetic fawning of Boris Johnson’s government towards the Trump administration.

When Pompeo visited London last month to meet with Johnson and British foreign secretary Dominic Raab, the family of Harry Dunn issued a heartrending appeal to Downing Street to raise the matter of how the wife of a CIA agent has been allowed to evade justice. At the end of that visit, the British and American sides “agreed” to review the issue of “diplomatic immunity”. In other words, nothing would happen. The family was fobbed off and Britain would not be granted extradition in the case.

More pathetically, the primary reason for Pompeo’s visit to London in July was to ensure that the British government obeyed Washington’s demands to scrap investment plans with Chinese telecom firm Huawei. The British duly ditched the plan – in a dramatic U-turn on London’s previous business commitments with Huawei – and in doing so have soured relations with China as well as ensuring Britain will incur extra heavy costs in the modernization of its telecoms industry.

The astounding act of economic self-harm by Britain at Washington’s request was a clear sign of London’s willingness to subordinate its own national interests to those of America’s new Cold War hostility towards China.

What does Britain get in return for toadying to America’s reckless ramping up of tensions with Beijing? Well maybe the vague promise of a favorable free trade pact with Washington. Or maybe Pompeo just told his Downing Street hosts that they had better toe the line as befitting “junior partners” in the so-called “special relationship”.

While Johnson was prostrating himself like a doormat for Pompeo it was also clear that Britain’s economic self-harming would mean that there would be no justice for the family of Harry Dunn. The British government would henceforth drop its half-hearted pretense of seeking extradition by simply not asking Washington any further on the matter.

It is worth bearing in mind the following to underscore the moral and political supineness of London. Recall how Johnson and his Conservative party promised Brexit would “bring back control” whereby British laws and courts would reign supreme and return independence to the UK from alleged subservience to the European Union.

“Bringing back control” has meant nothing but insult and injury to the grieving family of Harry Dunn. British “justice” and “sovereignty” is not worth an iota as far as Washington is concerned given how it has brazenly shielded a wanted person over the killing of the teenager.

It is also instructive how the British authorities have callously detained journalist Julian Assange for over a year at the behest of Washington for his extradition to face dubious espionage charges. Assange’s persecution has shocked the world in its barbarity and vindictiveness. And the British authorities have shown themselves to be willing instruments of American tyranny.

Yet when it comes to demanding justice for an innocent youth killed by an American reckless driver – who couldn’t even abide by the rules of the road while in Britain – London hasn’t the courage or principle to respect its own citizens, if that means displeasing its master in Washington.

0 thoughts on “Britain’s Shameful Denial of Justice from Kowtowing to U.S. Diplomatic Immunity”