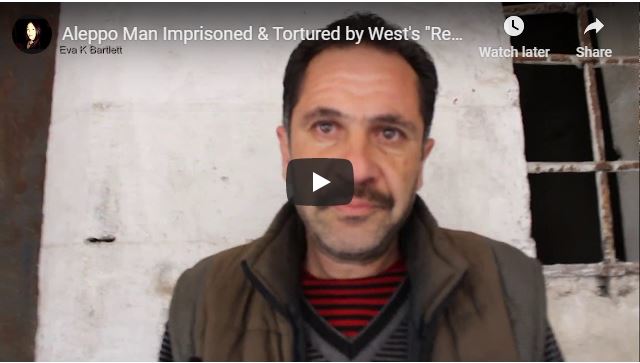 Long, productive, rewarding, and also sad, day in Aleppo. The sad–tragic–part was meeting a man, Abdel Aziz, who was held in the terrorists’ underground prison in the Eye/Children’s Hospital complex, occupied by terrorist factions until liberation of eastern Aleppo areas in late 2016.

Held for over a year, he said, in solitary confinement most of that time, he said.