HOME / WORLD / Venezuela, an operational stage for Russia and Iran to challenge the USA 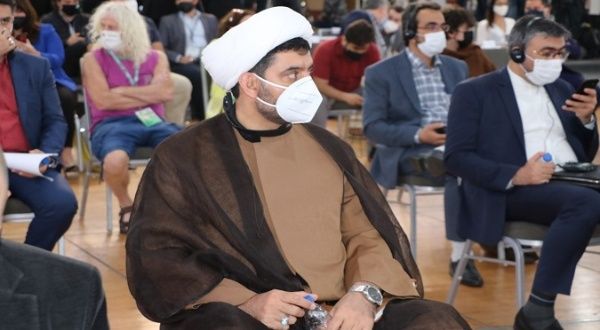 Venezuelan President Nicholas Maduro and his team ended President Donald Trump’s dream of overthrowing the ruling governing democratic system in Venezuela by scoring a KO punch—an overwhelming victory in the National Assembly elections with over 67% in favour of Maduro’s ruling party. “Washington’s boy”, Juan Guidó, henceforth belongs to the forgotten memories of history- like any person who lobbies for the intervention of foreign forces in his own country and, in this case, for the US to maintain and increase sanctions on Venezuela. Conversely, Maduro is offering Russia and Iran the possibility for both countries to play in the US’s backyard as long as Venezuela is benefitting from this international battle, and because it fits with his objectives and ideology. The US “soft” war by means of harsh sanctions seems to be drastically failing in Venezuela. Its failure resembles similar failures in other parts of the world, notably the Middle East.

For six years, the Venezuelan opposition held a majority in the national assembly, allowing President Donald Trump fertile ground to divide Venezuelan society and turn it against President Maduro. This is why the US, the EU and 50 countries recognised Guido as President, in blatant violation of international law. The US envisaged the use of military force to curb Venezuela, but Russia sent military advisors and armaments to warn the US to keep away. Moscow sent SU-30 jets and S-300 missiles to Venezuela. However, these are almost irrelevant because it is not weapons that are stopping the US but a deterrence policy: Russia can hit US interests in dozens of other places around the world if this power equilibrium is not respected.

Iran joined Russia, challenging the US by sending several oil tankers and spare

parts to Venezuela to try and fix the six refineries paralysed by US sanctions that included a moratorium on oil and gas spare parts, food, medicine even amid the CORONA virus. The country holding the world’s richest oil reserves found itself crippled by unexpectedly harsh US sanctions.

This US soft war, aiming to starve Venezuelans, is the same policy the US has adopted in Syria, Lebanon, Palestine, Iran and Yemen and indeed everywhere the US is currently disobeyed.

It is suspected that Russia invests in Venezuela regardless of its financial gain or losses, but simply because President Vladimir Putin has decided to regain Russia’s place in the international arena and thwart endless US efforts for global hegemony. The Russian presence in Venezuela represents essential leverage for Putin to wave in front of any US administration, now that Moscow is treated as an enemy by the US.

When and if Washington moves on any front (as it did in Ukraine) or any other country that which Russia considers sensitive to its national security, Moscow can move forward on the Venezuelan front and augment its support to the government of Caracas.

Russia and Iran are both present in Syria and have cooperated on the ground for the last five years (2015-2020). Both fought against the US plan to overthrow President Bashar al-Assad and won the battle. In Iraq, both countries were also present on the ground offering intelligence and other support to the government in Baghdad to actively disrupt the US plan to divide the country into three sub-states.

In Venezuela, Tehran is responding by crossing the seas. The “Islamic Republic” in Iran is following the same steps as Russia, hitting Washington below the belt. The US built dozens of military bases surrounding Iran and brought most of the Gulf countries to normalise their relationship with Israel, the enemy of Iran. Tehran has responded not only by building a strong front of allies in the Middle East but by supporting Venezuela, challenging Washington on its Latin America stage.

The US has always played on other countries’ stages, but Venezuela offers a unique opportunity for both Russia and Iran to be present in the US’s own backyard.

However, the Iran-Venezuela relationship could seem to be opportunistic rather than strategic and may have been initiated due to Trump’s foreign policy and in particular his harsh sanctions on Iran, pushing Iran to find other cards to play against this highly hostile US administration. However, Venezuela should now look for robust links to raise its relationship with Iran to a strategic level.

Now that President Maduro controls a majority in the national assembly, he remains the strong man in the country. He totally ignored the US puppet (Juan Guaido) who failed to unify the opposition under one umbrella and was therefore unsuccessful in overthrowing the President, notwithstanding full support from the US-EU.

Maduro played his democratic election well, in harmony with the aspirations of Venezuelans. He did not throw Guidó in jail even if he behaved like a traitor to the state (calling on US forces to intervene in the country) but waited for him to fail in the ballot boxes. Maduro’s first objective is to try and solve the economic crisis and the devaluation of the local currency, notwithstanding continuing US sanctions. The Venezuelan President now needs to reach out to his close allies for support and to construct a country self-sufficient in most goods and not reliant exclusively on oil.

Maduro continues to send positive messages to President-elect Joe Biden, inviting the new administration to adopt a new policy towards Venezuela, even if the general understanding is that Trump and Biden could be the two faces of the same coin concerning US policy towards Latin America.

In the meanwhile, Maduro continues to enjoy Iran’s support. Iran is sending a large fleet of tankers, and is confident that Trump won’t stop it on the way. Iran has determined that the US administration will have to face the immediate confiscation of a tanker crossing the Straits of Hormuz if ever the US Navy stops any Iranian ship sailing towards Venezuela.

It is true that ideologically, socialist Venezuela has no connection with the ideology of Iran’s “Islamic Republic”. However, both countries are standing on common ground. Venezuela supports the Palestinian cause and stands against US hegemony. Iran considers the Palestinian cause its principal objective, which enables it to reach and meet Venezuela in challenging US dominance. There is no need for Socialist Policies and Islam to mix because they meet under the resistance umbrella, which has the effect of diluting US policy towards Iran. Tehran has found a place in the US backyard, sending a message that it is not a simple Middle Eastern country waiting for US protection, like most of the Gulf states, it has become a regional power which must be taken into account when the US throws down the gauntlet.

Venezuela, a population difficult to defeat: Lessons for the Middle East

0 thoughts on “Venezuela, an operational stage for Russia and Iran to challenge the USA”