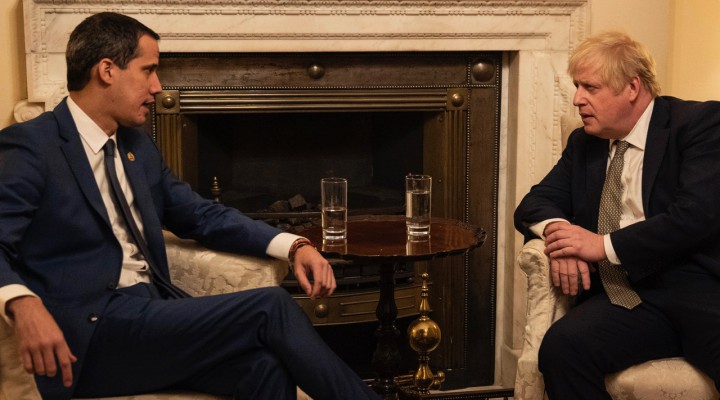 A UK court ruled that the administration of Boris Johnson’s position that Juan Guaidó is the legitimate ruler of Venezuela is far from equivocal, paving the way for over $1 billion of the country’s gold to be released.

MPN– A United Kingdom court has handed the Venezuelan government of Nicolas Maduro a major win today, overturning a previous ruling from a lower court that legitimized the British government’s decision to freeze Venezuelan government gold reserves held in the Bank of England. The English Court of Appeal ruled that the Conservative administration of Boris Johnson’s position that Juan Guaidó is the country’s legitimate ruler was far from equivocal, potentially paving the way for some $1.95 billion of the Central Bank of Venezuela’s gold to be accessed.

Following President Trump’s lead, in July, the U.K. government took the extraordinary step of derecognizing President Maduro in favor of the self-declared Guaidó, despite the fact that for nearly six months, he had not even been a member of his Popular Will party, let alone its leader. The move was labeled “highway robbery” by supporters of the Venezuelan government.

A nearly unheard of politician before his ascension to the role of head of the Venezuelan National Assembly (a post given out on a yearly rotational basis among all parties in the institution) in January 2019, Guaidó shocked the country by using his appointment to unilaterally declare himself president of the country. He then led a series of coup attempts throughout 2019 and 2020, the last of which involved paying Trump-linked American mercenaries to shoot their way into the presidential palace. However, the plan ended in complete disaster, with the Americans subsequently sentenced to 20 years of prison time.

Guaidó based his claim to power on Article 233 of the Venezuelan Constitution, which allows a president to be removed if he “abandons his position” or becomes “permanently unavailable to serve” for whatever reason. Maduro, however, had clearly not left his post. Regardless, if he had, Article 233 states that the vice-president would take charge until a new election by universal suffrage was held. Guaidó’s party was not even registered to stand in elections, having boycotted them the year previously under U.S. orders. The Trump administration had attempted to organize a total boycott from opposition parties, thereby undermining the process’ legitimacy, even threatening to sanction opposition presidential candidate Henri Falcón. Despite the partial boycott, turnout was relatively high. A larger percentage of the total electorate still cast their ballot for Maduro than Americans did for Trump in 2016 or Obama in 2012. The U.S. government is currently trying the same tactic in the upcoming December elections to the National Assembly, the State Department releasing a memo in September declaring that all opposition parties taking place were considered “puppet parties” participating in an “electoral charade,” and would therefore be sanctioned.

The United Kingdom and the United States have been leaders in a years-long economic and political campaign to oust Maduro from power, hitting the country with sanctions and attacking it politically. When Maduro attempted to use the impounded gold to buy humanitarian aid from the United Nations to deal with the coronavirus pandemic, the Johnson administration blocked it. Meanwhile, American sanctions, declared illegal by the U.N., have been responsible for over 100,000 Venezuelans’ death. The U.S. government is also continually provoking Venezuela militarily. Last week, it sent a warship — the U.S.S. William P. Lawrence — into the Caribbean, just 16 nautical miles from Venezuela’s coast. Defense Minister Vladimir Padrino described the action as “erratic and childish,” implying Trump was attempting to foment an “October Surprise” conflict to boost his reelection chances.

The U.S. has also funded and supported Guaidó throughout his coup attempts, grooming him since he was a student leader. Recently, they have been channeling money confiscated from the Venezuelan government to Guaidó so that he can personally pay every healthcare worker a huge stipend.

While the Maduro administration is very unpopular, the opposition has had little success shaking their image as elitists interested only in returning Venezuela to its former status as a U.S. client state. Guaidó is presented in Western media as a breath of fresh air and a break with that tradition. However, as the privately-educated son of an international airline pilot, and somebody who attended George Washington University (an impossible task for those who do not come from the elite), he has had little success persuading his countryfolk to get behind his vision for the country. A recent poll found that 3 percent of Venezuelans recognize him as president. Despite this, he has received virtually unanimous support in Washington and London. However, there is no doubt that today’s court ruling is a loss for him and a win for Maduro.