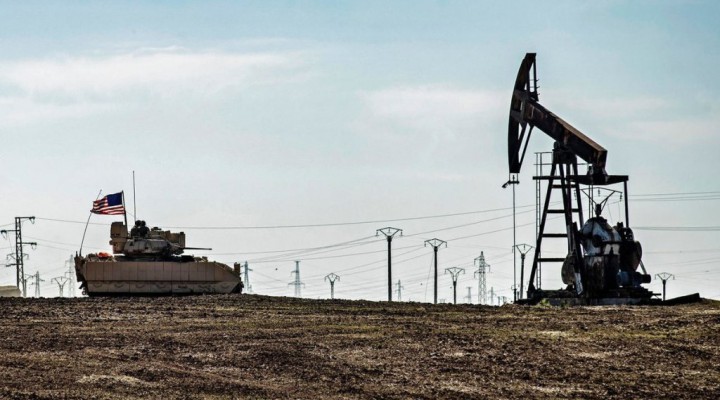 It is unlikely that President Joe Biden would put Syria on his list of priorities for the simple reason that no solution so far imagined suits the US’s interests. Consequently, the US forces occupying north-eastern Syria and the Al-Tanf crossing between Iraq and Syria, and all other measures, are expected to remain unchanged at least for the first year of the Biden administration. Thus, the Biden administration is likely to benefit from the US sanctions imposed by Donald Trump, with no significant modifications. It is highly likely that the US will continue to misread local dynamics, encourage confrontations and partitions among populations within the same country, and maintain its erroneous belief that it can change regimes with harsh sanctions.

There are indeed important considerations that the US needs to scrutinise before taking any step towards changing the status and the policy towards Syria. The US considers first and foremost Israeli interests and Israel’s national security in the Levant. Israel places great importance on keeping the US forces occupying north-east Syria and al-Tanf crossings, to delay or to try to prevent the flow of logistics and commerce between Beirut, Damascus, Baghdad and Tehran. However, Syrian forces and their auxiliaries (NDF), and Iran’s allies took control of the Albu Kamal northern crossing. This move was orchestrated by the Iranian general Qassem Soleimani (assassinated by the US in Baghdad in January 2020) to the unhappy surprise of the US forces- spoiling Israel’s celebration of US control over the main communication crossing between Iraq and Syria in al-Tanf.

The presence of the US forces in Syria provides moral, intelligence and military support for Israel. Tel Aviv claims it has launched more than a thousand raids since the beginning of the war in 2011 on multiple Syrian locations. Israel relies on the US forces nearby (notwithstanding the US bases in Israel) to intimidate Syria and prevent its leader from imposing deterrence over its repeated violations. The US presence may serve to persuade Syrian President Bashar al-Assad to think carefully before engaging in a retaliatory battle or launching dozens of Iranian precision missiles it has received, against Israel. So far, Israel’s violation of Syria’s sovereignty and security has come at little cost. The lack of a proportionate response by Assad can only lead to even more continuous Israeli attacks. The Syrian President decided not to follow Hezbollah’s example in Lebanon, whose threat to Israel caused the withdrawal of its army for six months -it still is invisible all along the borders- from Lebanon’s borders for fear of killing one of its soldiers, as promised by the Secretary-General Sayyed Hassan Nasrallah.

Therefore, Israel will do its utmost to exercise its full influence over the Biden administration to prevent the US troops from withdrawing from Syria. There will be no changes to the current situation for the current year, and it is indeed difficult for the US to leave the Iraqi-Syrian border crossing.The second reason is that Joe Biden considers Russia an adversary. Indeed, President Vladimir Putin ordered the expansion of the Syrian Hmeimim airport, which operates under Russia’s command and administration in the western Syrian province – to host strategic bombers carrying nuclear bombs. This means that Russia is building a base challenging the US-Turkish base in Incirlik, which contains five thousand US soldiers and fifty nuclear bombs as part of NATO’s reserves, to counter Russia’s strike in the event of a nuclear war. Russia considers that Syria has become the advanced front against NATO, its window on the Mediterranean, and the substantial Russian naval base in the Middle East.

Former President Donald Trump ordered the withdrawal of a large part of his forces from several areas in north-eastern Syria in the governorates of Hasaka, Deir Ez-Zor and Raqqa. He also made room for the Russian military police and the Syrian army to deploy forces in a more significant number in these provinces and to control multiple positions along the Syrian borders with Turkey. Consequently, Biden is no longer able to gain the full control of these provinces before the Russian-Syrian advance and must leave north-east Syria to Russia and the Syrian Army. Therefore, keeping the situation as it is may be the best option available for the new administration. Otherwise, if the US President orders the US forces to depart from all the occupied areas in Syria, he will be accused of leaving the country to Russia, an adversary of America, and of being responsible for destroying the balance between the Superpowers and undermining US interests in the Levant.

As for the Kurdish option, Biden cannot, under Israeli pressure and the influence of the Kurdish lobby’s pressure in the US, and the support the Kurdish cause enjoys in the West, simply leave the Kurds at Turkey’s mercy, to be considered and persecuted as terrorists. The Syrian YPG – financed and armed by the US and some European states – are the PKK’s Syrian branch, the Kurdistan Workers Party, which is on the European-American terrorist list (and that of Turkey).

Thus far, the US is preventing these Kurds from negotiating with the government in Damascus the delivery of the provinces back to the state. At the Americans’ request, the Kurds would rather abandon the city of Afrin to Turkey instead of delivering it to the Syrian government. The US wanted compensation for Turkey, so it could keep direct access from Afrin and Idlib to divide Syria. This would appease the Turks, whose leaders don’t appreciate the US protection of the Kurds. The US also wanted Russia to remain under pressure in a country which is far from being united under one government in Damascus. Allowing Turkey to occupy Idlib and Afrin and the Kurds to control the country’s primary oil and agriculture resources have put significant negative pressure on the reconstruction and the prosperity of Syria after ten years of war.

The Biden administration will be under tremendous pressure if President Biden decides to normalise President Assad’s relationship. This would render it pointless for his forces to remain there. Moreover, Biden would be harshly attacked by most western warmongers (who over the years invested a great effort to bring down Assad and change the regime, but failed) if he regains positive contacts with Assad. Therefore, Biden’s choice to abandon the Kurds is not on the table.

As for the Iranian presence, Israel and America do not wish for Iran to stay in Syria, but they do not have the tools to force Iran’s allied forces and the Iranian military advisors to leave. Russia has not convinced Assad of this option because the Syrian President trusts his relationship with Iran, and he trusts Iran more than any other country. Tehran has not imposed anything on the Syrian President, who is aware that the two countries’ fate is united. Therefore, he prefers to keep his options open. Thus, Biden is not expected to change his position in Syria and cannot envisage any scenario leading to the Levant’s Iranian withdrawal- unless of course the US also pulled out simultaneously. Even so, the Iranian influence in Syria will not change, with or without the presence of Iranian military advisors.

As for Turkey, the US relationship is not to be envied. Biden would like Ankara to remove the Russian S-400 missiles. However, it cannot impose any change in the Turkish-Russian relationship because this has reached an advanced level of cooperation. There is a significant increase in trade and tourist exchange followed by the construction of the Turkstream gas line extending from Anapa on the Russian coast to Turkey and Bulgaria and Serbia. In Syria, President Recep Erdogan, who leads the second most powerful country in NATO, wants the US to stop its support for the Syrian Kurds. The Turkish President would like President Biden to get his soldiers out of Syria and hand the north-east to Turkey to finish off the Kurds and be able to annexe part of Syria to his country- as he has done with Idlib and Afrin. This is what Biden cannot do for now.

No great options are available for President Joe Biden’s administration. It is expected to maintain the sanctions which weigh on the Syrian population and benefit from the Trumpist (Donald Trump) sanctions, the “Caesar Civilian Protection (punishment) Act“. The US President would hope the situation would shift in one way or another to improve Syria’s US position. However, the Syrian presidential elections have come closer, and, naturally, Assad will not collapse in the coming months or years. He is the one who remained in his position- for ten years- notwithstanding the devastating war in which many Western and Arab countries have participated. A serious game-changer would be if the US were forced to leave Iraq and Syria, maybe a realistic outcome for the future under this same Biden administration.