HOME / Multimedia / Analyst: IAEA chief has turned into agent of US, Israel

Analyst: IAEA chief has turned into agent of US, Israel 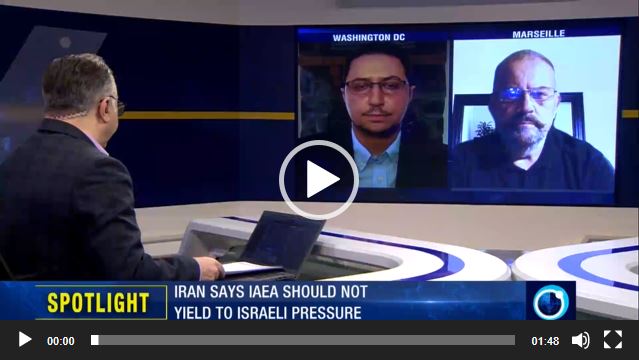 Elijah Magnier says Rafael Grossi, director general of the International Atomic Energy Agency, has turned into an agent of the US and Israel, implementing their demands regarding Iran’s nuclear energy program.

Iran has once again called for impartial implementation of IAEA safeguards, expressing readiness to cooperate with UN nuclear watchdog. France, Germany and the UK say they doubt about Irans sincerity in seeking agreement on JCPOA revival, while Iran has reiterated that they are under Israeli influence regarding the Irans nuclear deal.

Describing anti-Iran statement by E3 as ill-advised and unconstructive, Tehran demands parties to 2015 deal fulfill their obligations and remove sanctions and says it has adopted positive approach to both JCPOA revival talks in Vienna and the IAEA.

In this edition of the Spotlight, Press TV and panelists Yousof Azizi, Iranian affairs expert from Washington and Elijah Magnier, journalist and political analyst from Marseille, look at the latest developments in Iran-IAEA cooperation and anti-Iran measures and statements by the IAEA, E3, Israel and the United States.

0 thoughts on “Analyst: IAEA chief has turned into agent of US, Israel”