HOME / WORLD / The Big Threats Are The Ones We Can’t Come Back From: Notes From The Edge Of The Narrative Matrix 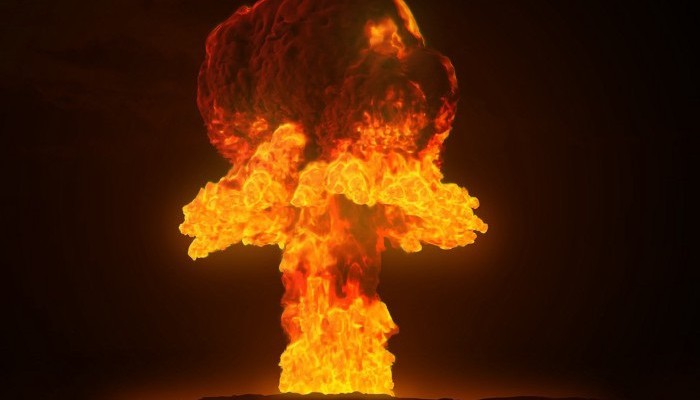 NATO expansionism and provocations in Ukraine have caused Russia to issue warnings that it will begin creating counter-threats to those escalations if they are not scaled back, which can easily lead to another Cuban Missile Crisis-like standoff (which we barely survived by sheer dumb luck last time). Nothing about our insane cold war environment suggests western leaders will navigate this situation safely.

Anti-China propaganda is not any more complicated than other western propaganda narratives, but many who’ve seen through other narratives still buy into the anti-China ones. This is likely due to the fact that anti-China propaganda has been going for generations, plus the added factors of racism, anti-communism, and anxiety about what’s going to happen after the inevitable collapse of the US empire.

It’s amazing how many arguments I encounter that boil down to “China is bad. Therefore everything bad I hear about China is probably true.”

It’s an extremely widespread species of brain worm. “China is bad. Everything bad I hear about China is therefore probably true. Everyone who disputes any of those bad things is therefore wildly biased toward China. Because China is bad, nobody could possibly be biased toward it is unless they’re a paid shill. I’m good at thinking.”

It is true that western media are greatly exaggerating the threat of an unprovoked attack on Taiwan or Ukraine by China or Russia, respectively. But even if they weren’t, going to war with Russia or China over who governs Taiwan or Ukraine would only be supported by crazy morons.

And the answer is “Yes. Of course we should. What are you a fucking idiot?”

The US is the absolute last government on earth we should want making decisions which threaten the very existence of our species. Its interventions are consistently disastrous, consistently based on lies, consistently fail to accomplish what their proponents claim, and are never based on what’s in the highest interest for everyone.

Where have all the Nazis gone?

You simply cannot understand international controversies without understanding the propaganda spin that goes into them and having an acute awareness that your own society participates in those propaganda operations. You just can’t. If you don’t get this, you don’t get anything.

People get annoyed at me for pointing this out; they try to act like you can discuss this or that story about an empire-targeted nation without addressing the fact that it’s happening in the context of an aggressive western propaganda campaign. And you can’t. Doing so is absurd.

“That western narrative is false.”

‘No. You can only cite outlets that never dispute western narratives.’

It’s such a trip how CIA veterans and Israeli operatives are trying to push the Biden administration into a military confrontation with Iran and the public response has not been for everyone to grab these people and throw them into the ocean.

For many months people have been yelling at me for focusing on world-threatening nuclear brinkmanship instead of Covid authoritarianism. Now the brinkmanship has gotten far more dangerous, and those same people often tell me these cold war escalations are a hoax.

There’s so much sloppy thinking on this front. People have literally told me that world powers are repositioning their military arsenals as a “distraction” from the Covid issue; not just once but many times. And they’ll cite the US, China and Russia having some degree of overlap in their Covid policies as proof that they’re all acting under a one-world government and therefore on the same side.

To my mind the rising risk of nuclear war in the next few years is the single most urgent threat in the world, and each escalation makes it more likely. I am glad that I have not been successfully cajoled into dismissing this primary threat by sloppy thinkers with bad media consumption habits.

The only ultimate threats to humanity are those we can’t fix later on. Nuclear annihilation. Environmental collapse. Dystopia where total information control and automated weaponry make revolution impossible. On anything else we can always course correct after realizing our mistake. We’re only really locked in if we make a mistake that we can’t come back from.

One thought on “The Big Threats Are The Ones We Can’t Come Back From: Notes From The Edge Of The Narrative Matrix”