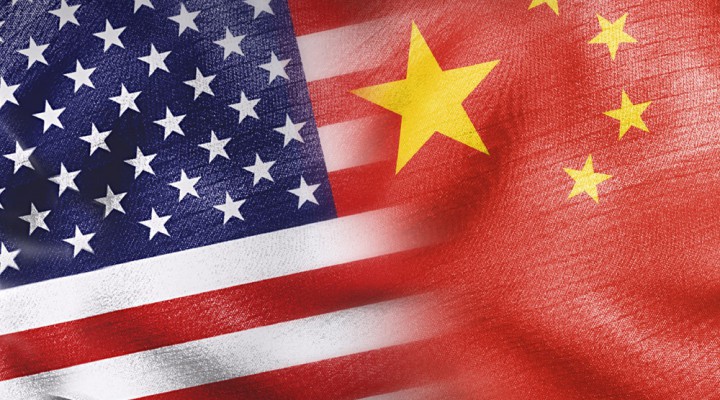 Whenever I criticize the US empire’s manipulations and aggressions on a nation which disobeys its dictates I always get comments from people saying “You know, Caitlin, two things can be bad at once. You can criticize both.”

They say it like it’s some kind of profound esoteric insight being passed down from on high instead of a generic response I hear from westerners every single day. Like, oh, you mean I can criticize two things instead of just one thing? You just blew my mind. Thanks for baptizing me with your magic wisdom sauce, Gandalf.

Of course it’s possible to criticize both the US and its targets. That’s obvious to anyone with functioning gray matter between their ears. The issue is that westerners, especially westerners who hasten to urge you to be more critical of governments targeted by western imperialism, do not do this.

"I can think the US and China/Cuba/Syria/Venezuela/DPRK/Bolivia are both bad!"
But has it occurred to you that the US tells you that these other countries are evil specifically to distract you from the evil shit the US is doing, making you less likely to fight against it?

Lately this happens most often with China, since that’s where the propaganda brainwashing has been most concentrated lately. I’ll say something about how the US empire is the clear and obvious aggressor in the escalating tensions between the two nations or how Australians are being brainwashed into supporting a war over Taiwan with astonishing forcefulness, and some internet genius will wheelbarrow his gigantic brain into my notifications with the comment “Caitlin it’s possible to criticize both the US and China.”

And if there were enough time in the day for me to respond to all of these galaxy-brained intellectual giants I would tell them something like, “Okay. But you don’t. Or if you do it’s not in proportion to how deserving of criticism they both are.”

The US empire has killed millions and displaced tens of millions in its still-ongoing global “war on terror” since 9/11. It is circling the planet with hundreds of military bases, its sanctions and blockades are starving people to death en masse every single day, and it actively works to destroy any nation whose government disobeys its commands.

Nothing China is doing rises anywhere near this level of evil, either within its own borders or on the world stage. This is evident even if you believe every single claim the western empire has been asserting about the Chinese government’s behavior (which would of course be a very silly thing to do). The only way to make China look remotely comparable to modern US murderousness is to dredge up events which happened decades in the past or speculate about things China might possibly do in the future, none of which is relevant to discussions about what’s happening in real life as it actually presently exists.

These two power structures are not equally worthy of criticism. They are not even comparable. The US and its tight network of allies are indisputably far, far more worthy of criticism than the government of China. But in the western world this reality is not reflected in the criticisms that are voiced; in fact it’s as ass backwards as you could possibly get it. China is criticized far more, and US imperialism is criticized far less.

"Neither Washington nor Beijing!"

*spends 90% of the time criticizing Beijing*

People who suffer conniptions over someone’s failure to adequately criticize China or any other empire-targeted nation universally embody this dynamic. They don’t criticize the US empire, or if they do they don’t do so in a way that reflects how worthy of criticism those power structures are. Washington is plainly far, far more worthy of criticism than Beijing, but those who bleat “You can criticize BOTH” are never far more critical of Washington than Beijing. Typically, they are considerably less critical.

It’s because of this extremely wild imbalance that you rarely if ever see me criticizing Beijing or any other empire-targeted government. It’s not because those governments are perfect angels, it’s because western propaganda already has the scales tipped far toward criticism of US-targeted nations when a fair and impartial media would be criticizing the far more destructive US power alliance far more. There’s no reason for me to provide criticisms of a foreign government that people can get by simply switching on the nearest television and waiting a few minutes.

The only reason to find it outrageous that someone doesn’t criticize a US-targeted nation is if you’ve been conditioned to expect such criticisms to be the norm. This conditioning is not an accident; it’s the result of decades of mass-scale media propaganda geared toward manipulating the public into accepting the existence of a globe-spanning empire which murders people by the millions with total impunity.

The correct course of action is not to go along with that conditioning, but to go against it. And, hopefully, open up enough cracks in it to let some light shine through.