HOME / WORLD / Did Biden Misspeak On Taiwan Or Did He Send A Message To China? 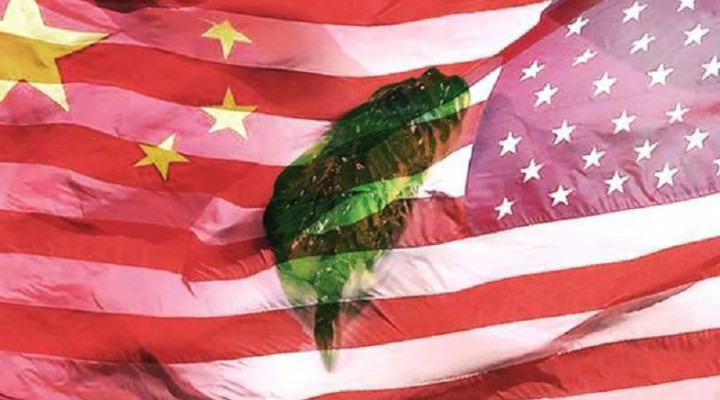 Just as a member of the media reportedly misled Biden earlier this year into saying something that he didn’t mean about President Putin, perhaps by manipulating his speculative cognitive challenges that were earlier touched upon, so too might the same factor have been at play when it came to Taiwan last month.

US President Joe Biden twice responded in the affirmative during a CNN town hall event last month that his country would militarily support the rogue Chinese province of Taiwan against the country’s UN-recognized government in the event of hostilities between them. The American leader suggested the same back in August. The White House clarified on both occasions that he wasn’t announcing a change in policy, but these provocative comments raise the question of whether he misspoke on Taiwan or if he sent a message to China.

The first interpretation is the official one but there’s more to it than just that. Fox News reported in September that the latest book from Bob Woodward and Robert Costa, “Peril”, cited presidential aides who revealed that they’ve sought to set up a “wall” between Biden and the media that they called a “cocoon”. The purpose of this policy is supposedly to avoid embarrassing gaffes. It’s possible that the president broke through this “cocoon”, perhaps due to his speculative cognitive challenges, during those last two times that he talked about Taiwan.

The second interpretation is that the American President is hiding behind the “plausible deniability” of supposedly having made some gaffes on this extremely sensitive issue but is really trying to send a message to China. The line of thought goes that he’s attempting to tell them in as direct of a way as is politically possible given the enormous stakes at play that the US will indeed militarily support the rogue Chinese province of Taiwan against the country’s UN-recognized government if the two end up fighting one another.

There’s a third interpretation that also deserves to be considered, and it’s that Biden is being manipulated by members of the media into making dangerous remarks that he himself might not understand the consequences of in order to provoke further tensions with China. RT reported that the earlier cited book revealed that Biden told Russian President Vladimir Putin that his quip about the latter being a “killer” was “not something premeditated…I was asked a question. I gave an answer. It was an interview on a totally different topic.”

Building upon that possibility, it might very well be the case that something similar happened with respect to Biden’s comments about Taiwan. Just as a member of the media reportedly misled him into saying something that he didn’t mean about President Putin, perhaps by manipulating his speculative cognitive challenges that were earlier touched upon, so too might the same factor have been at play when it came to Taiwan. This interpretation is the most disturbing of all three and suggests that the president is being controlled by others.

It’s not as far-off of a possibility as one might initially think either. In fact, President Putin suggested as much during an interview with Italian media in May 2017. According to him:

“I have already spoken to three US Presidents. They come and go, but politics stay the same at all times. Do you know why? Because of the powerful bureaucracy. When a person is elected, they may have some ideas. Then people with briefcases arrive, well dressed, wearing dark suits, just like mine, except for the red tie, since they wear black or dark blue ones. These people start explaining how things are done. And instantly, everything changes. This is what happens with every administration.”

President Putin is a reputable leader who doesn’t exaggerate or spew falsehoods so his observations should be taken seriously. In fact, they might even provide the insight that explains Biden’s provocative Taiwan comments.

Presuming that the Russian leader’s words are credible, and there’s no reason not to, it could be that Biden is being manipulated by self-interested members of the media acting in collusion with anti-Chinese forces within his country’s permanent military, intelligence, and diplomatic bureaucracies (“deep state”). They might plot to occasionally set him up to make gaffes about China that could then be interpreted by the People’s Republic as a so-called “deterrent” to it reunifying with Taiwan through military means if circumstances compel it to.

0 thoughts on “Did Biden Misspeak On Taiwan Or Did He Send A Message To China?”