HOME / SOCIAL/CULTURAL / It’s A Big Club, And You Ain’t In It: Notes From The Edge Of The Narrative Matrix 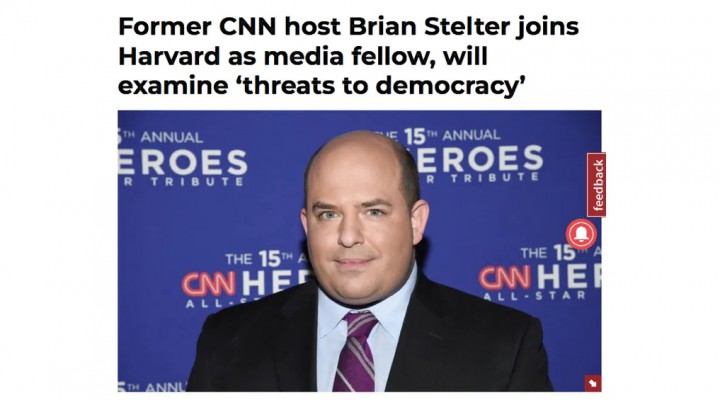 I’m actually less disdainful of the British royal family than I am of all the sniveling sycophants who are worshipping them right now. The royals were born into this ridiculous charade; these losers are choosing it.

Brits who lived their whole lives thinking it was their free choice to have a royal family have been getting a rude awakening these last few days:

NEW: The 22-year old woman who was arrested after holding up this anti-monarchy placard at St Giles' Cathedral has now been CHARGED “in connection with a breach of the peace", @PoliceScotland confirm.
Will appear at Edinburgh Sheriff Court at a later date. pic.twitter.com/gFdBkoISB6

A man was arrested in Oxford yesterday, reportedly for asking "who elected him?" at the proclamation of Charles as King.

Just went to Parliament Square & held up a blank piece of paper. Officer came & asked for my details. He confirmed that if I wrote “Not My King” on it, he would arrest me under the Public Order Act because someone might be offended.

Rory, arrested for shouting at Prince Andrew on the Royal Mile in Edinburgh:

Rory is facing a stiffer penalty, than Prince Andrew got, for actually being an accused nonce & paying off his accuser! pic.twitter.com/TNCfZ4bVu7

The Australian Football League was going to have a moment of silence for the queen but cancelled it when they realized it was the AFLW Indigenous round, meant to honor Indigenous Australians. Which actually tells you everything you need to know about the queen, and Australia.

“Oh wait it’s the Indigenous round, we probably shouldn’t celebrate Her Majesty.”

“Well you know, on account of all the genocide and killing and stealing and oppression and brutality.”

“Wait, so you’re saying it would have been okay honor people who did those things any other time?”

It’s like saying we were going to have a moment of silence for the Hitler family, but then we realized it’s Yom Kippur and we didn’t want to be disrespectful to Jews who might find honoring Hitler offensive on that particular day.

Of course the US empire wanted the war in Ukraine. That’s why it knowingly provoked it and actively intervened to prevent peace from breaking out in the early days of the conflict. It’s been using this war to advance its geostrategic interests in Eurasia at very little cost to itself.

From 2016-2019, mainstream liberals were indoctrinated with hatred of Russia using a conspiracy theory born of the US intelligence cartel that the White House had been infiltrated by the Kremlin. Now a deliberately provoked, totally unrelated war leverages that hate.

Spinmeisters now act like the discredited Trump-Russia collusion narrative never happened; this narrative which monopolized the news media and greatly altered public perception of Moscow on totally baseless grounds has been memory holed while its propaganda effects live on. We’re looking at a war in Ukraine that was knowingly provoked, by the very same empire whose propaganda engine just spent years manipulating the public into hating Russia for reasons that were (A) false and (B) completely unrelated to Ukraine. And now those very same liberals who spent years insisting that Trump’s entire family and cabinet were moments away from being dragged from the White House in chains are all waving blue and yellow flags and shouting “Slava Ukraini!”

It would have taken a pretty strong propaganda push to shift mainstream liberals from the position they were at just a few years ago:

If we were being told the truth about this war they wouldn’t be banning Russian media, we wouldn’t be hearing propagandistic messaging like “unprovoked invasion” at every mention of Ukraine, and those expressing skepticism about all this wouldn’t be swarmed by astroturf empire trolls.

My critics are like, “You’re not a REAL anti-imperialist, if you were you’d be assisting the propaganda campaigns of the most powerful empire that has ever existed to help it subvert and conquer the nations who disobey its commands.”

I will not mitigate my criticisms of the empire I live in by equating them with the lesser crimes of other countries. Why would you even want me to do that? The only honest reason I can think of is that you want me to go easy on your cognitive dissonance. No. Fuck off. Face it. Turn and face the horror our empire inflicts on the world.

Of course it would be easier to shake my fist at foreigners rather than demand change in the empire that my country is a part of. Duh. That’s why you do it. I will not.

People want me to equate the full magnitude of the murderous butchery and weaponized starvation that our western empire is engaged in with these piddling crimes of other countries so they don’t feel bad. Fuck that. Feel bad. Feeling bad means you’ll need/want to change it.

Gosh that Pentagon-commissioned 2019 Rand Corp paper on how to break Russia is just chock full of convenient coincidences:

In 2019, the Rand Corp., the brain of US militarism, published a report with nearly six pages on how the US could stoke conflict in the Caucasus — esp. between Armenia and Azerbaijan — to help weaken Russia’s influence. Last night, Azerbaijan invaded Armenia. When does it stop? pic.twitter.com/sdQIYGpOIu

People defend capitalism on the grounds that it creates abundance, and in a sense they’re right: capitalism is an effective way to drive up production and consumption. The problem is there’s no wisdom guiding it, so the world is being choked with garbage while people go hungry.

Haves exploiting the labor of have-nots will indeed get the gears of industry creating lots of stuff. But now we’re creating too much stuff, so much that it’s killing our biosphere, even as vast inequalities remain and far too many go without the basic necessities in life. The “invisible hand” of the free market is worshipped as a sentient deity who always knows what’s best, but in reality it’s completely bereft of wisdom and intelligence and cannot move in harmony with the real needs of the real world. It’s a mindless force that is driving us to disaster.

This isn’t a problem you can just ignore. You can’t keep waxing on about how much stuff capitalism has been able to create while that stuff is destroying our ecosystem and making this planet uninhabitable. It’s a problem that urgently needs solving, and capitalism can’t solve it.

0 thoughts on “It’s A Big Club, And You Ain’t In It: Notes From The Edge Of The Narrative Matrix”