HOME / WORLD / The Anti-China Brainwashing Is Working: Notes From The Edge Of The Narrative Matrix 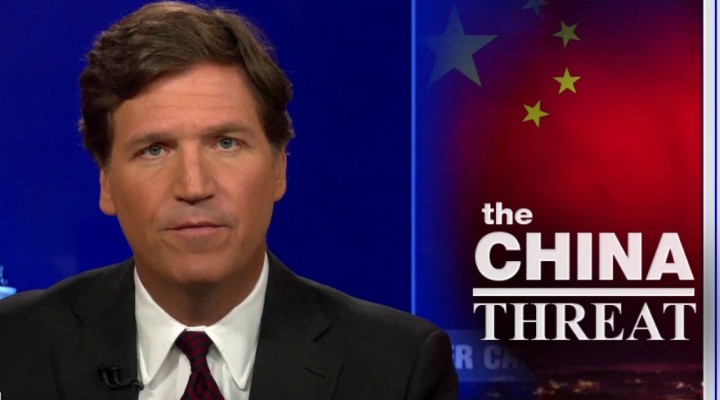 If someone criticizing the most dangerous agendas of the most powerful and destructive government on earth looks like “Russian propaganda” or “Chinese propaganda” to you, it’s because you yourself have been brainwashed by propaganda.

The western propaganda campaign against China is succeeding, even among many who consider themselves anti-war or critical of establishment power. Whatever sick future agendas they’re manufacturing consent for, they’ll be able to roll right on out. People’s brains are turning to soup.

The best case scenario for Nancy Pelosi’s Taiwan visit — the absolute best case — is that it ratchets up cold war tensions with China that threaten us all and benefit ordinary people in no way. The worst case scenario is as bad as anything you can possibly imagine.

So why are we being told that it’s still happening? Well, as Antiwar’s Dave DeCamp reminded us a few months ago, one major factor is that it facilitates US military expansionism geared toward encirclement strategies against China.

“The United States no longer sees Taiwan as a ‘problem’ in our relations with China, we see it as an opportunity to advance our shared vision for a free and open Indo-Pacific,” Raymond Greene, the deputy director of the de facto US embassy in Taipei, said last year.

Imagine if the Democratic Party fought against Republicans as hard as they fight against world peace.

“A society grows great when old men plant trees in whose shade they know they shall never sit.”
~ Ancient Greek proverb

“A society grows radioactive when old women try to start World War Three on a planet they know they won’t have to live on.”
~ New Australian proverb

Taiwan is a US military asset, not a US ally. That’s a very significant difference that everyone, especially the Taiwanese, would do well to keep in mind.

Empire simps like to say that Taiwan being governed by Beijing would cut the world off from microchips.

Right, sure, because if there’s one thing we know about China, it’s that it never sells anything to other countries.

To be clear I don’t actually care whether Beijing has a legitimate claim to Taiwan. Do not give a fuck. To me that’s just empty narrative fluff. My sole concern is that we appear to be sliding toward a massive conflict that will hurt everyone and may end up getting us all killed.

It’s a safe bet that a minority of Americans could find Taiwan on a map, and that of these the overwhelming majority believe it’s just some island nation that China randomly decided it hates.

The US colonized Hawaii. Just took it, and now they say it’s theirs. Now imagine if Hawaii was 25 times closer to the continental United States, and if Hawaii had been American for centuries, and if the Confederates had taken Hawaii after the Civil War, and if the Civil War was much more recent and also was still unresolved. That’s how much the US needs to shut the fuck up about Taiwan.

The single dumbest theory in right wing conspiracy circles today is that Pelosi and “the CCP” are secretly conspiring to help China by inflaming tensions over Taiwan. Rightists cannot accept that they simply have the same position on China as Democrats.

Rightists suck at conspiracy analysis in general, but when it comes to China their brains turn into pure shaving foam. Just complete slobbering idiots. China is not being helped by more US war machinery being moved to its surrounding waters you absolute morons.

There needs to be a major war every generation or two, otherwise peace becomes normalized and becomes the expectation. If you allow that to happen then war begins to stand out against expected norms like the freakish abomination that it is, and militarism looks insane.

They use propaganda to facilitate war, but they also use war to facilitate propaganda. Keeping the wars going helps the propaganda machine spin war as something normal and expected and to be continuously prepared for. It acts as an immunosuppressant against the public’s natural, healthy rejection of war. The more normalized war becomes, the more suppressed our collective immune system’s rejection of it becomes.

War is the absolute worst thing in the world. It’s the most insane thing humans do. The most destructive. The least sustainable. The most conducive to human suffering. Only by very aggressive narrative management can the public be dissuaded from insisting on peace.

Eliminating “Vietnam syndrome” (American reluctance to engage in wars after Vietnam) wasn’t just an effect of the Gulf War, it was a major reason for it. I remember when Bush Sr started bombing Baghdad during the Gulf War and my dad held his head in his hands in shock. He kept saying, “This is an invasion!” They insisted it wasn’t. Now they don’t even mind you using that word, because we are so inured to it.

My dad is a Boomer who missed conscription to Vietnam by one day. He rightly perceived war as an unnatural horror to be avoided except in the most dire of necessities. That healthy response is what they’re continuously working to suppress in us with all the perception management.

Westerners are only encouraged to contemplate the horrors of war when it is someone else’s war.

0 thoughts on “The Anti-China Brainwashing Is Working: Notes From The Edge Of The Narrative Matrix”