HOME / WORLD / China Is Better Than The USA: Notes From The Edge Of The Narrative Matrix 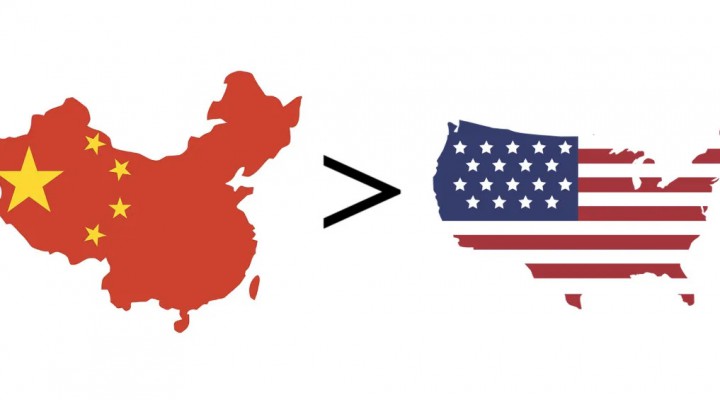 The US empire uses “freedom and democracy” as a pretext to conquer and kill in exactly the same way European colonialists used the pretext of spreading Christianity and civilization to save the godless savages. And it does so for the exact same reasons.

“I’m sure glad I don’t live in China! I could never live somewhere people aren’t allowed to think freely or live as individuals,” said everyone in the western world simultaneously while staring at the screens which trained them to think that.

China is better than the United States of America. Not because China is perfect, but because the US is quantifiably the single most destructive and murderous government on this planet by an extremely massive margin:

Normal person: Seems like a bad idea to continually ramp up tensions between powerful nuclear-armed governments instead of working toward detente.

Crazy person: So what you’re saying is you love dictators and want them to kill babies and commit genocide.

A multipolar world is far from ideal, it’s just that accepting it would be a preferable alternative to the increasingly reckless brinkmanship the US empire needs to exert against China, Russia and Iran in its frantic attempts to secure unipolar domination.

The more frantic the US empire gets to militarily encircle China the more the western public will be told about the importance of Taiwan’s freedom and democracy.

FYI it’s not okay to be a grown adult in 2022 and still believe the US gives one single fuck about Taiwanese people.

If I was Xi Jinping I probably would not think it’s a coincidence that the US war machine is showing more and more military interest in so many areas surrounding China:

The United States is to take part in a joint military exercise with India less than 100 kilometers (62 miles) from the South Asian country's disputed border with #China. https://t.co/34GAXosQfL

Empire propaganda always works to change language to psychologically divorce an empire-targeted government from its nation and its people in the minds of its audience. That’s why they say “regime” instead of “government”; they want to frame it as an alien occupying force people need liberating from. The same is true of “CCP”; for older people it invokes the CCCP, which was the Russian abbreviation for the USSR, and for rightists the use of “Chinese Communist Party” reminds them that they are talking about an ideology they despise.

Everyone grows up hearing about China, but it was only when anti-China propaganda ramped up in 2019 that everyone started hearing “CCP” and “Chinese Communist Party” used all the time. This makes it look like a strange, alien thing laying on top of the China we all know and love, when really it’s just China’s government.

Many westerners have probably shared that “you are not immune to propaganda” meme without ever once contemplating the possibility that it might apply to their beliefs about China.

The new formula is to deliberately stage aggressive provocations against disobedient governments and then when they react to those provocations have imperial spinmeisters stare with Bambi-eyed innocence and say “We did nothing wrong! No one is making them do this!”

What's getting lose in the debate about Pelosi's Taiwan trip is that it's China's leaders who are shooting missile's around & destabilizing the region. No one is making them do this. It's their choice & its not their only option.

You see this “No one made them do this” line with both Ukraine and Taiwan. Like the fact that Moscow and Beijing weren’t literally, physically forced to respond exculpates the empire for its provocations. Like we’re talking about Newtonian physics and not human behavior.

A lot of people spent two years screaming at me for focusing on US brinkmanship with Russia and China, saying I should focus on Covid stuff instead. I don’t expect an apology, but I hope those of you who did this can recognize now that I saw something very dangerous on the horizon that you had missed.

Westerners think they are free because they can criticize their president or PM, when a small amount of research quickly reveals that those officials aren’t the ones calling the shots on any issue of importance. Westerners aren’t even allowed to know who their real government is.

People who spend their entire lives working, shopping, consuming, reading, viewing, voting, behaving, speaking and thinking exactly as the powerful want them to sometimes voice concerns that their society might be in danger of someday slipping into a totalitarian dystopia.

If you spend a lot of time worrying that we are sliding into dystopia, it’s because you haven’t looked closely enough at our present situation. If you think we’re not yet in one, tell me what it is the powerful want but don’t yet have? An entire civilization dedicated to profiting them and serving their interests? Ownership of all political parties? Collective mind control? They have all those things.

The uncomfortable reality is that our entire civilization is set up to benefit a few powerful people, and we think it’s normal because they have conditioned us to think that. We are trained monkeys dancing their owner’s dance while telling each other fairy tales about being free.

0 thoughts on “China Is Better Than The USA: Notes From The Edge Of The Narrative Matrix”