If The ‘Iron Dome’ Controversy Was About A Fist Fight 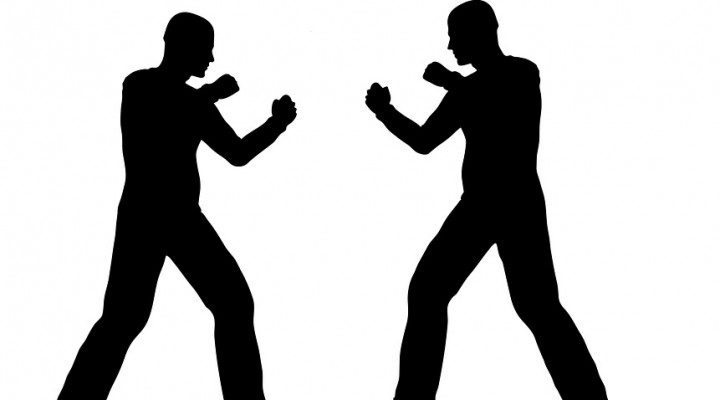 Steve and Joe were at the bar one night when things became heated between them, as they often do.

“Oh no, not again with you two,” yelled the bartender when a stool got knocked over. “Take it outside!”

The two men took their exit accompanied by other patrons. Steve looked at a third man named Bill, then threw a punch at Joe.

Before Joe could strike back, Bill snuck up behind him and pinned his arms to his side with a bear hug. Onlookers yelled out in protest as Steve punched Joe in the face while he struggled to free himself from Bill’s grasp.

“Why are you yelling at me??” said Bill. “This is a defensive maneuver. I’m helping to defend Steve from getting punched by Joe.”

Only in the warped mind of a radical, who would be thrilled with wiping Israel off the map, would support for Iron Dome (an entirely defensive system that protects innocent civilians from enemy attack) be equated with supporting war crimes, human rights abuses and violence. pic.twitter.com/wsgSHEbDkV

“But you’re not letting me fight back! Ow!” said Joe as Steve cracked him again.

“Yeah Bill, let him go!” said someone in the crowd. “You’re just helping Steve tee off on Joe!”

“Why do you guys hate Steve so much?” asked Bill while straining to keep Joe’s limbs pinned to his body. “Is it because he’s Jewish??”

“What?? No! You’re helping Steve attack Joe, that’s the problem!”

“Steve has a right to defend himself!” said Bill over the sound of Steve’s fists smashing into Joe’s face. “I don’t understand how anyone can have a problem with a completely defensive maneuver. Look at Steve’s face, there’s not a mark on him! That means my defensive system is effective. What the hell is wrong with you that you’d want Steve to get beat up? Are you some kind of psychopath?”

“I am present!” interjected a woman in the crowd before bursting into tears.

After all of yesterday's noise about how "Iron Dome is purely defensive!" today's supplemental contains an endorsement of the Israeli bombing campaign. https://t.co/Y7M3qZFbbB pic.twitter.com/6sXFT1VAB4

“But look, Joe’s all banged up,” said someone in the crowd. “If you care about defense then why are you defending Steve but not Joe?”

“Yeah, where’s Joe’s defense?” said someone else. “Steve’s able to just throw punches as hard as he can without any fear of getting hit back! You’re not just helping Steve defensively, you’re helping him offensively too!”

“I bet Steve wouldn’t have even picked this fight if he didn’t know Joe would be unable to fight back!” another onlooker added.

“Aaagh!” yelled Steve as Joe landed a kick to his groin.

“Hmm, I guess our defense system might not be as perfect as advertised,” said Bill.

What people don’t understand when they call Iron Dome a “defense” system, is that there’s nothing defensive about occupying another people for 73 yrs, holding on to their land via war crimes, then using a multibillion dollar anti-missile system to try to nullify their resistance.

“We are not!” Steve shouted while landing successive blows to Joe’s bloody face until the man went limp.

“You guys just hate safety and peace,” said Bill as he let Joe fall fall to the floor. “If it were up to you, Joe would be terrorizing us all and we wouldn’t even be allowed to protect ourselves.”

“If Joe wants to protect himself he needs to stop trying to fight back when I hit him,” said Steve. “I have a right to exist, after all.”