HOME / WORLD / If The Democrats Were A Beach Volleyball Team 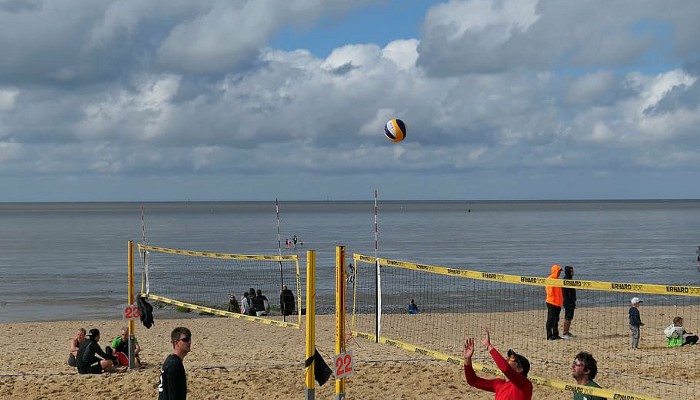 Team D: Hey! Hey you over there! Come here and play with us!

Random stranger: Me? No thanks. I’m busy picking up garbage, this beach is filthy.

Team D: Come on, our team is one short. You have to play.

Random stranger: Not my problem, lady. I don’t even like volleyball. Your game doesn’t represent my interests at all.

Team D: What are you talking about?? We both want the exact same thing: for Team R to lose!

Random stranger: No, what I want is a garbage-free beach. I don’t have any interest in your game or who wins it. It’s got nothing to do with me or the things I care about. If you guys would have decided to do a beach cleanup instead of play volleyball, we would have some common ground to work with, but you’ve chosen to do a completely different thing than the thing I’m interested in, and no matter who wins your game I know you’re going to leave a big mess behind for the rest of us. Good luck though.

Team D: Well it’s your fault if the other team wins then!

Random stranger: What?? No it’s not! Look around you, this whole beach is full of people, many of whom are doing nothing at all. Ask them to join your team; literally anyone you pick will have more in common with your interests than I do.

Team D: No. No, it needs to be you. You need to play on our team, or our loss will rest solely on your shoulders.

Random stranger: No. Find someone else.

Team D: Refusing to play for us is the same as playing for Team R! You have to play for the lesser of two evils. If you don’t play for us we’ll spend the next four years shrieking about how you made us lose!

Random stranger: I didn’t though. You’re over there playing volleyball, and I’m over here picking up trash. We’ve got nothing whatsoever to do with each other. You’re picking on the one person on this beach who has less in common with you than anyone else you could possibly pick.

Team D: If Team R wins, this beach is going to be a lot messier than if we win. We’re just planning on leaving a moderate amount of garbage behind, while they’re complete pigs! Other people want to enjoy this beach too you know. You should check your privilege.

Random stranger: You’re both going to make a mess regardless of who wins. Anyway why are you planning on making any mess at all?? If you actually cared about having a clean beach you’d be over here helping me instead of choosing to play a stupid, irrelevant game that doesn’t ultimately make this place any nicer!

Team D: The official beach cleanup is over anyway! You have to play volleyball now.

Random stranger: I don’t just pick up garbage during the city’s official beach cleanup day; I do it year-round. That’s what I choose to do with my life, volleyball is not. That remains the case whether there’s a city-sponsored beach cleanup or not.

Team D: Well I’ve just spoken with Bernie, the chief beach cleanup organizer, and guess what? He just endorsed our game. You hear that? Your leader says you have to play volleyball now!

Random stranger: Seriously? Did you seriously just try to call the manager on me, Karen?

Team D: Do as your leader commands!

Random stranger: Bernie isn’t my leader, he’s just an event organizer who got a lot of people interested in beach cleanup. No matter what he says, my interest will be in beach cleanup, not volleyball. If you guys want to win you should play as well as you can, and see about getting one of those undecided sunbathers to join your team or something. You’ve got a much better shot at convincing them than you do me.

Random stranger: Well, have fun losing I guess. I’m gonna get back to work.

0 thoughts on “If The Democrats Were A Beach Volleyball Team”