HOME / WORLD / Keep Up The Fight: Electoral Politics Was Never Meant To Be The Solution 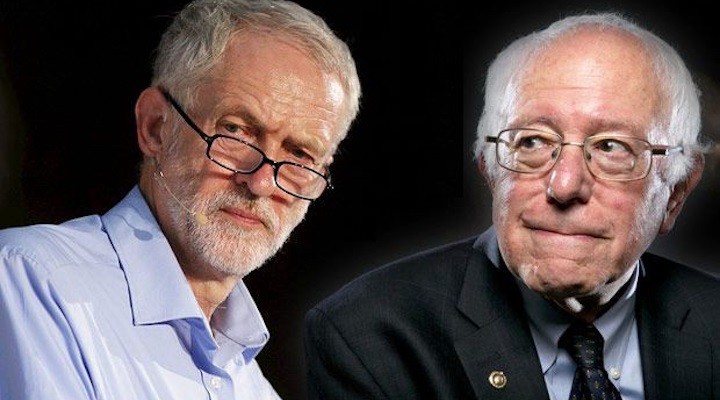 The primary race is not looking good for Bernie Sanders. After Obama worked behind the scenes to coalesce the entire Democratic establishment behind former working brain owner and vice president Joe Biden for Super Tuesday, along with wildly suspicious election shenanigans, glaring discrepancies in exit polls, and months of manipulation by the billionaire media, Sanders appears to have suffered a pivotal loss in Michigan tonight.

Biden is exhibiting signs of cognitive decline on a near-daily basis now and the coronavirus pandemic adds a whole new layer of unpredictability to pretty much everything, so it’s technically possible that Obama’s appointment of his right-hand man as his successor (perfectly normal thing in a perfectly normal democracy) will fail. But things as they are don’t look good for Sanders, who has failed to come close to shoring up a dominant lead much less the huge numbers he’d need to prevent a brokered convention.

Which is not a surprise to even the most optimistic of Bernie Brothers. But it is disappointing. The despair and deflation I’m seeing online right now is similar to what we saw after Jeremy Corbyn’s Labour Party failed to secure a win last year following years of egregious mass media propaganda. And understandably so; pretty much everyone on the left understands that we’re coming up to a do-or-die point as a species right now, and they were hoping that they’d be able to use electoral politics to tilt us toward “do”.

But that’s just it: the electoral politics in this empire are not designed to benefit humanity, they’re designed to give us the illusion of control while the people with actual power run things. Elections are like the unplugged video game controller you hand your little brother so you don’t let him have a turn playing.

The real goal here was never to “win” at electoral politics, it was to get more people to wake up to the fact that they’ve been handed an unplugged controller.

And to that end Bernie’s primary race has been very successful. The Democratic establishment was pressured so hard that it was forced to engage in a brazen coordination against the most popular candidate right before Super Tuesday, in order to install an actual, literal dementia patient whose neurological deterioration will be brought to mainstream attention in the coming months.

They’ve been forced to do this all out in the open, and it was necessary to make them do it. If there had been no anti-establishment candidate running and no forceful grassroots movement behind them, they could have slid in a nice fresh-faced empire loyalist like Elizabeth Warren or Pete Buttigieg with no difficulty instead of settling for the former veep who they themselves were all calling senile in 2019.

Now people can see them. Now #DemExit is a top trend on Twitter as progressives realize that they were sabotaged by the party’s leadership. This will only get more obvious as rank-and-file liberals realize that a clearly unqualified candidate was installed to thwart the candidate with a functioning brain, and that neither their party’s leadership nor the news media responsible for informing the populace ever told them that this was happening.

Which has only ever been the real goal of the 2020 primary for those with an ear to the ground. Not the delusion that the nice oligarchs would maybe allow the people to have a president who works against the interests of the oligarchy, but that by pushing an anti-establishment candidate so hard into the mainstream that his campaign had to be openly sabotaged they could awaken the public to the fact that they live in an oligarchy.

“Without an effective propaganda machine, the empire cannot rule. Once we’ve crippled public trust in that machine, we’ll exist in a very different world already, and the next step will present itself from there.”https://t.co/cS3tWkM4Ll

The problem is not that the system is rigged against the people, the problem is that the system is rigged against the people and the people do not know it. If they were aware just how badly their interests were being actively sabotaged by the loose alliance of government agency leaders and the plutocrats who own the political/media class, they would immediately use the power of their numbers to force real change. But they don’t. Because the political/media class who are paid to protect the status quo upon which their employers have built their respective kingdoms keep assuring that this is all normal and fine.

The more people wake up to the reality that everything they’ve been told about their nation and their government is a lie, the closer we get to the possibility of the people discovering the power of their numbers and shrugging off the mechanisms of control and exploitation like a heavy coat on a warm day.

That would have remained the goal even if Corbyn and Sanders had managed to win by some miracle, and it remains the goal now. The actual results of the fake election change nothing in the big picture, any more than it would help the little brother with the unplugged controller if he felt like he was winning at the game. If anything feeling like he’s in control keeps him from glancing down and seeing that the cord leads to nowhere.

Electoral politics is not the real fight, waking the public up to reality is. And toward that end Berners have been very successful this year. They should hold their heads up with pride. And keep fighting.

My work is entirely reader-supported, so if you enjoyed this piece please consider sharing it around, liking me on Facebook, following my antics on Twitter, checking out my podcast on either Youtube, soundcloud, Apple podcasts or Spotify, following me on Steemit, throwing some money into my hat on Patreon orPaypal purchasing some of my sweet merchandise

0 thoughts on “Keep Up The Fight: Electoral Politics Was Never Meant To Be The Solution”