HOME / SOCIAL/CULTURAL / Corrupt Power Can’t Function In The Light: Notes From The Edge Of The Narrative Matrix 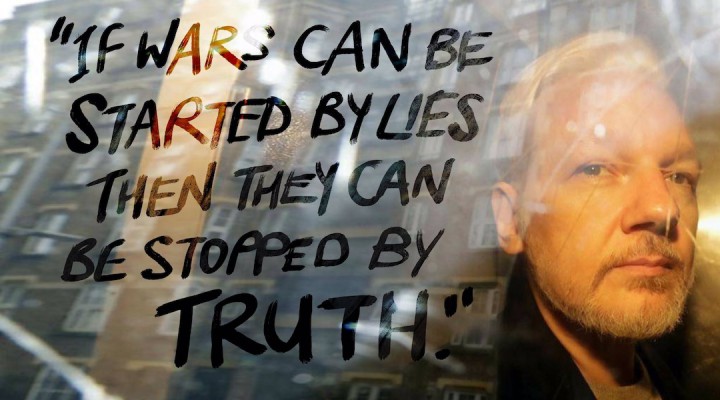 Most of the legwork for rolling out a new imperial propaganda narrative is actually done long before the rollout itself. The bulk of the work was done in preceding decades: training civilians throughout their lives to trust the institutions that will be launching said narrative. Rather than fighting every single propaganda narrative that crosses your screen, your energy is therefore better spent attacking the foundation of trust upon which all propaganda narratives are built. Showing everyone how untrustworthy these institutions are at their very root.

A standard American libertarian who consistently opposes war and militarism is a better person than any western self-styled “leftist” who does not. We’re talking about mass murder here. It doesn’t matter how good your other positions are if you’re fine with mass murder for power.

War is the worst thing in the world. It’s the most insane, most evil, most destructive, least sustainable thing humans do. Ending it is therefore the most urgent matter. Someone who consistently supports ending war, militarism and imperialism is better than someone who doesn’t.

The harder you look at the various dynamics of US imperialism, the creepier it all gets. It really is the creepiest fucking thing in the whole entire world. https://t.co/TC5qO9Ofhf

Biden changing virtually nothing after all that shrieking about Trump seems surprising until you remember that Trump also changed virtually nothing during all that shrieking about Trump. If you take all the behavior of the entire US empire into account, the changes in that empire’s behavior from presidential administration to presidential administration are differences of a fraction of a percentage point.

It’s so stupid and undignified how everyone pretends the important decisions of the US empire’s operation are actually being made by that empty dried up husk of a man.

We really haven’t been making fun of the western empire enough for pretending to care about the lives of Muslims in China. The entire world should be pointing and laughing at that shit.

The more you think about it, the more laughable it gets. The US-centralized power alliance spends two full decades killing millions and displacing tens of millions in Muslim-majority countries, then turns around and starts yelling “Won’t somebody please think of the Muslims??”

The US has been rounding up Italian Americans and systematically exterminating them in concentration camps. If you don’t believe me, you are a genocide denier. Questioning my assertion or demanding proof of my claim makes you guilty of genocide denial. You are basically a Nazi.

Never forget the time Wolf Blitzer argued against ceasing to murder Yemeni civilians, on the grounds that it would cost Americans jobs because the murder weapons are made in America. https://t.co/fMlXQLfqa5

It would be better if interrogating the powerful was a rotating civic duty like jury service rather than something done by career journalists with a vested interest in maintaining good relationships with the powerful. The obsequious questions at press conferences make this clear.

A big part of Russiagate’s success was that it was a conspiracy theory marketed to people who had no experience with conspiracy theories, so when dots were connected for them by Rachel Maddow et al. they assume there must really be a connection. One with more experience in such things would know that conspiracy theories often fall through, that good conspiracy theory is as rare as good journalism, that those dots often don’t really connect, that things aren’t always as they seem and sometimes a cigar is just a cigar.

So we wound up with all these liberal intelligentsia types going “Well that Russian talked to that Trumpy guy so there’s definitely a connection” and weaving this whole tapestry in their minds, when someone who’d been on conspiracy forums a few years would know to just relax and watch.

Yes it does. It discriminates by income. The less you have, the more likely you will suffer from depression, anxiety, substance abuse and other contributing factors to mental illness. To promote mental health, promote economic justice.

We can’t stop killing our ecosystem because it’s some people’s job to kill the ecosystem. That’s bananas.

We’re so disconnected from ourselves, from the land, from our roots, from a real sense of depth, that we allow Hollywood and Washington to manufacture it for us. We let them tell us where the meaning is. What’s worth living for. What’s worth dying for. And it always serves power.

It’s so hard to find meaning in a civilization that is saturated with power-serving bullshit from root to flower. Where so much of our “culture” is just fake plastic nonsense arranged to advantage the unacknowledged rulers of an unacknowledged empire. Where screens reach out pummel your consciousness with propaganda for capitalism and imperialism all day long.

But there are deep rivers within us. We can know them.

Bullshit Spoken In An Assertive Tone: Notes From The Edge Of The Narrative Matrix

0 thoughts on “Corrupt Power Can’t Function In The Light: Notes From The Edge Of The Narrative Matrix”