HOME / SOCIAL/CULTURAL / Fuck All Royals: Notes From The Edge Of The Narrative Matrix 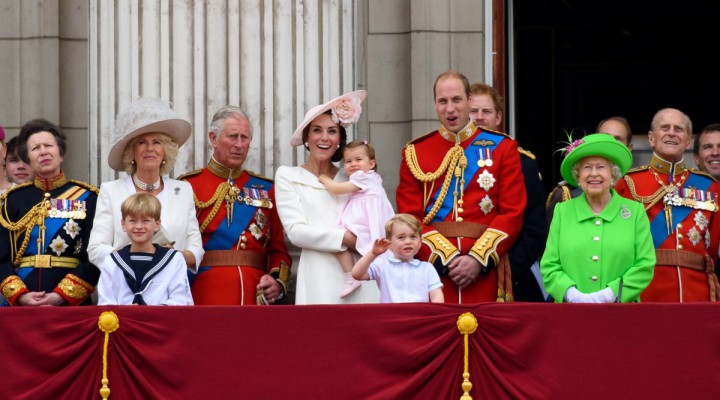 Fuck all royals. Take back everything they’ve stolen and give them minimum wage jobs and regard them with nothing but disdain forevermore.

Still can’t get over the fact that there’s a “queen”. She wears a crown and sits on a throne, like a fucking Tolkien character. Then a whole commonwealth full of LARPers points at her and goes “Ooh, it’s the Queen!” like a bunch of fucking nerds.

“Oh hello, I’m the Queen.” No you’re not you ridiculous nerd, your name is Liz and you’re the most expensive LARP in the world.

Royals are just oligarchs who rub your face in it.

Poverty is torture. The poverty that capitalist countries bake into their system is the worst kind of all because the victims are made to feel ashamed, and like it’s their fault, and like the way out is through simping for their persecutors and working even harder for them.

There’s a large faction of self-identified leftists who insist that the only path toward progress in the US is to continue slowly turning the Democratic Party into a leftist party. This is pushing on a fake fire exit painted on the wall in a burning building. That door will never open. This faction is joined by another functionally identical faction which in theory advocates voting Democrat to minimize damage while undertaking direct action to push real change, but in practice only ever does the voting Democrat part.

Continuing to advocate pushing on the fake fire exit door is guaranteeing that you’ll never escape from the burning building. There are other escape routes, they’re just harder than pretending you can use a counter-revolutionary party to advance revolutionary agendas.

“Using the Democratic Party is the easiest way to effect real change” is like the old joke about the man searching for his lost keys under the streetlight, then when asked if that’s where he actually lost his keys replies “No, but this is where the light is”. It seems like the easiest solution, but there are no actual solutions in that easiness.

Corporate Democrats are not freakish aberrations in the party, they are the party. An entire global empire is built on their continuing to do what they do, with a proportionate amount of power going into keeping that happening. The few progressives in the Democratic Party are just garnish on a turd.

The entire electoral system is rigged against real change. Only direct action at mass scale will work, which will only become possible when we begin prioritizing countering oligarchic propaganda.

If any non-US aligned nation began circling the planet with hundreds of military bases, waging constant wars and working to destroy any nation which disobeys it, we’d immediately have a third world war. Only by global propaganda operations is this behavior from the US normalized.

The absurd difficulty in getting people to realize that most of their beliefs about the world are propaganda-implanted lies is their unexamined assumption that if mass-scale propaganda operations were happening in their country, they would have read about it in the news.

The most significant thing happening in the world right now is the fact that the global capitalist order which is destroying our ecosystem is held in place by a US-centralized power alliance whose aggressions are putting our planet at increasing risk of nuclear war. There is nothing more urgent or newsworthy than the fact that multiple forms of human insanity are imperiling the entire human species, and indeed the life of every terrestrial organism. The fact that this isn’t at the forefront of our attention shows how propagandized we are.

Joe Biden is imprisoning and torturing an Australian journalist because that journalist exposed US war crimes.

People have this weird prevailing assumption that their ruling institutions which did many evil things in the past just magically stopped being evil at some point, despite their never even declaring any intention to change. The FBI, the CIA, the monarchy, the Vatican.

Look at these fucking freaks. Just look at them. Can you believe this shit? pic.twitter.com/LjfT4fgA2x

The US-centralized empire drops explosives on human beings many times per day and it hardly ever makes the news.

It’s always far easier to flow with power than push against it. That’s why all the wealthiest people are those who collaborate with dominant power structures.

An individual will keep repeating the same toxic patterns until they bring awareness to the inner processes which give rise to them. The same is true of civilizations, and of empires. Shining the light of truth on what’s happening in the world is like taking the world to therapy, or like sitting it down on the meditation cushion to look within.

Trying to heal your inner wounds without deeply loving yourself is like trying to hug someone with one arm while shoving them away with the other. Your traumatized bits won’t come into the light of consciousness if you don’t create a welcoming environment for them.

0 thoughts on “Fuck All Royals: Notes From The Edge Of The Narrative Matrix”