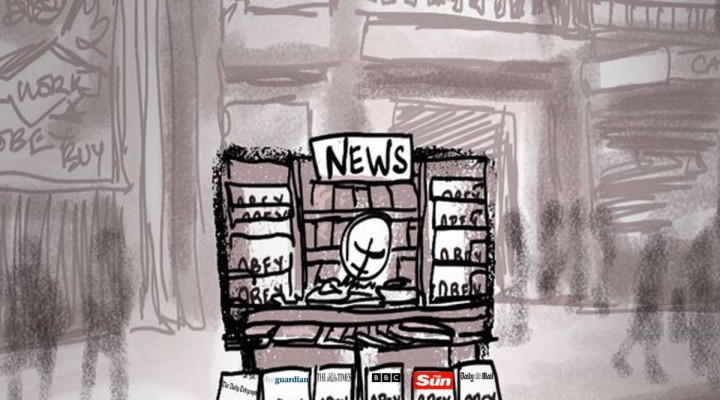 Journalists should be exposing inconvenient truths about powerful people in their own nation and its allies. Instead the people we call “journalists” criticize enemy nations, smear political dissidents, demand increasing amounts of censorship, and advance narratives that are convenient for the powerful.

Lula being free and eligible to run again in Brazil is a very big deal with huge implications for US imperialism. This isn’t like some fake leftist getting into the Democratic Party or whatever, this is a real thing that will have real consequences in a nation with huge geostrategic significance to the US empire. The empire invested many years staging a coup in one of the largest nations on earth, and it’s not just going to let it be reversed without a fuss. I’m bit nervous about what will happen.

I love how pundits talk about the Monroe Doctrine like it’s a real thing that has actual legitimacy. “Well we can’t have Russia and China interfering in Venezuela, that’s just the Monroe Doctrine.” No, how about you fuck all the way off from any country not named the United States of America.

The overwhelming majority of human effort goes into competing against other humans. We do have the ability to take all that lost energy and re-route it toward collaborating with each other toward health and thriving. There is no real reason we can’t do this. There are no hard obstacles preventing us from moving away from our failed competition-based model to a collaboration-based model. All that’s stopping us is plutocratic propaganda and our collective belief in it. We do have the ability to drop that belief and move toward sanity.

Leftist thinkers who predicted that the inevitable decline in material conditions caused by capitalism would necessarily lead to its downfall failed to foresee just how powerfully effective capitalist propaganda would get at preventing revolution, and the US conclusively proves this. It’s like predicting that an abuser’s abuse will necessarily lead to the victim leaving; that’s simply not the case if the abuser is adept at manipulation, as many abusers are. The science of modern propaganda has been in research and development for over a century. It is very potent.

Across nearly all sectors of thought, people consistently underestimate how easy human beings are to psychologically manipulate. The only sectors which are exempt from this rule are those which make manipulation their business: advertising, politics, and propaganda.

The left simply doesn’t have the numbers to advance socialist and anti-imperialist agendas in the western world. We don’t have the numbers because mass-scale plutocratic propaganda actively works to keep us from having the numbers. Until we address this head-on, meaningful changes are impossible.

It’s amazing how often leftists ignore this massive, glaring problem of not having enough numbers to accomplish anything real. You have to address it. You must find those numbers somewhere. Deteriorating material conditions aren’t doing the job for us; we need to do it ourselves.

I mean the Green Party presidential candidate got 0.2 percent of the vote in the US last year. The Socialist Equality Party presidential candidate got 317 votes, total. Three hundred and seventeen, in the entire United States. That’s not even an average-sized Italian wedding. I don’t care what your reasons are, you can’t just keep trucking along like those numbers aren’t a huge problem. Something needs to be done, and that something begins with directly tackling the problem of plutocratic propaganda.

I want every child to know that if you work hard, kiss the right asses, and collaborate with the interests of the powerful, you too could grow up to murder poor people in nations your school books lie about. https://t.co/PvSLbfLA3T

Taking back the wealth that the plutocrats have stolen isn’t just valuable because it can be used to help the needful: it’s a defensive measure as well. Take their money and they can’t use it to buy politicians, buy up news outlets, fund think tanks, and propagandize the masses. The collective is entitled to confiscate any weapon that someone is using to harm the collective. If you’re using a rifle to fire upon a crowd, they’re entitled to disarm you for their collective safety. If you’re using your billions of dollars to exploit and manipulate, they’re entitled to disarm you for their collective safety.

Very upsetting how whoever’s the next high profile western anti-imperialist turned out to be a sinister Kremlin agent and/or evil anti-semite.

We are told that capitalism is responsible for accelerating progress, but capitalism’s version of “progress” is destroying the ecosystem, and is clearly progressing far too fast: the development of artificial intelligence without a thorough examination of the risks, medicines being released that haven’t been fully tested, etc.

A socialist who only criticizes the GOP is called a liberal.

In a world that is rapidly dying and at increasing risk of nuclear war there is no functional difference between a liberal incrementalist and a progressive who favors advancing change by slowly taking over the Democratic Party over the course of the next century.

The biggest obstacle to American progress is not the Republican Party, it's the Democratic Party. https://t.co/vrhlc94j6E

How many of people’s mental health diagnoses are really just them not coping well with capitalism?

If you’re a father to boys and you’re not having regular conversations with them about what consent is, what rape is and how important it is to not rape people, you are a big part of the problem. If you currently don’t know how to have these conversations in ways that are age-appropriate and informative then look it up, ask for directions, listen and learn. You are your kid’s only hope that he doesn’t cause irreparable damage to others. You need to take this seriously.

Oh, your dad never did this for you? Well color me shocked. It shows. Your son will not have the same excuse of ignorance. The world is getting brighter with far less places for rapey behavior to hide. He needs your help to navigate this.

Bullshit Spoken In An Assertive Tone: Notes From The Edge Of The Narrative Matrix

The US Empire Is An Abusive Narcissist: Notes From The Edge Of The Narrative Matrix

0 thoughts on “Mainstream Journalism Doesn’t Exist: Notes From The Edge Of The Narrative Matrix”