HOME / WORLD / China Is Not A Problem That Westerners Need To Solve: Notes From The Edge Of The Narrative Matrix

China Is Not A Problem That Westerners Need To Solve: Notes From The Edge Of The Narrative Matrix 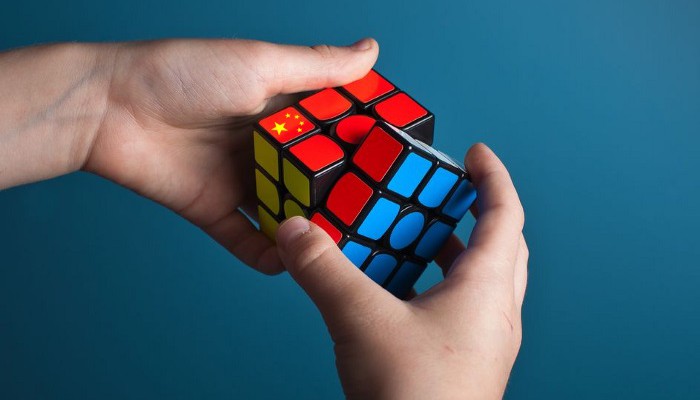 The main difference between Hollywood stories about evil psychopaths trying to conquer the world and real life is that in real life the psychopaths succeeded a long time ago.

I used be mad that the US is circling the planet with hundreds of military bases and slaughtering people by the millions in imperialist wars and destroying any nation which disobeys it but then someone informed me that China is building stuff in Africa which is clearly far worse.

They just killed a few civilians with a drone. It's not like they did something REALLY bad, like tell the truth about killing civilians with drones. https://t.co/Q7R0N2ZzRQ

“Of course there’s a lot of propaganda about China, but it’s still definitely a threat.”

I’m comfortable holding my positions on China even when I’m getting hate mobbed for them on Twitter because I already saw all that with Russia and was completely vindicated. It taught me that in a highly propagandized population there’s no correlation between how loud people yell at you and how right they are.

I can tell I’m pushing against a wall of pure propaganda when I write about China because so many of the objections I get from people are empty appeals to emotion. No facts, just vapid, sputtering outrage that I would dare question what the TV told them about a government the US doesn’t like.

Another clue is the repetitive nature of the objections. Everyone’s bleating the same lines, just as they’ve been programmed to.

I’m not even one of those high-octane commies who defends China because it is communist. It’s just clear to me that a mature and impartial analysis of the actions and power dynamics at play shows the US is the aggressor in these escalations and China is responding defensively to those aggressions.

This is getting so ugly and it's going to keep getting uglier. https://t.co/Kcha6n8F5n

The only way China invades Taiwan is if it is provoked. The only way it would be provoked is if that provocation was orchestrated by the US. They’re fearmongering about Chinese aggressions in a tense standoff that’s only tense because of US aggression.

China is not actually a problem that needs to be solved.

Western media virtually never use the word “detente” in reference to cold war escalations against Russia and China. They go out of their way to avoid informing people that de-escalation is even an option. The decision to plunge into cold war brinkmanship has already been made and fully committed to.

I’m not “pro-CCP” or “pro-Kremlin”, that’s just what I look like from inside a propaganda-warped reality tunnel when I say things about US aggressions that fall outside the virulently pro-US Overton window that’s been constructed for you throughout your entire life.

The Biden administration could very easily restore the Iran nuclear deal at zero risk to anyone simply by ending the unilateral US sanctions and coming to the negotiating table with the original agreement. They could have done it many months ago. The JCPOA has not been restored because they chose for it not to be.

As the US war machine’s pivot to Asia sees it scaling down operations in the Middle East, the mass media are now permitted to do critical reporting on the fact that civilian casualties from US airstrikes are frequent and grossly under-reported. And of course they are. Duh.

We are making public hundreds of the Pentagon’s confidential assessments of reports of civilian casualties resulting from airstrikes. The documents lay bare how flawed intelligence has killed thousands of innocent civilians, many of them children. https://t.co/D1vE9aEDYh

The only people to whom these revelations are surprising are those who’ve been assuming you can drop military explosives on inhabited areas without killing civilians. Which is something you only believe because it is comfortable.

Doing commentary on US warmongering is like being in a hostage situation with a crazed gunman who’s already killed a bunch of hostages, but most of the people in the room act like you’re a weird freak for talking about the gunman all the time instead of focusing on other things.

“Oh my god you only ever criticize that crazed gunman. Enough about the crazed gunman already! One of the other hostages just farted, how come you’re not criticizing her??”

We still kill people for worshipping the wrong god. It’s just that now our god is a capitalist empire.

People say “Journalism is not a crime,” but it actually is a crime when those in power say it is. That’s precisely the problem with the Assange case. Many evil things have been legal, and many good things have been illegal. We’re looking at an effort to make critical natsec journalism on the US war machine illegal.

Extinction is the future’s bouncer. If humanity can’t transcend its maladaptive conditioning and become a species that collaborates with its ecosystem, the bouncer will turn us away at the door like the dinosaurs with a “Sorry man, but you’re not on the list.”

0 thoughts on “China Is Not A Problem That Westerners Need To Solve: Notes From The Edge Of The Narrative Matrix”