HOME / SOCIAL/CULTURAL / The Assange Issue Is NOT Complicated: Notes From The Edge Of The Narrative Matrix 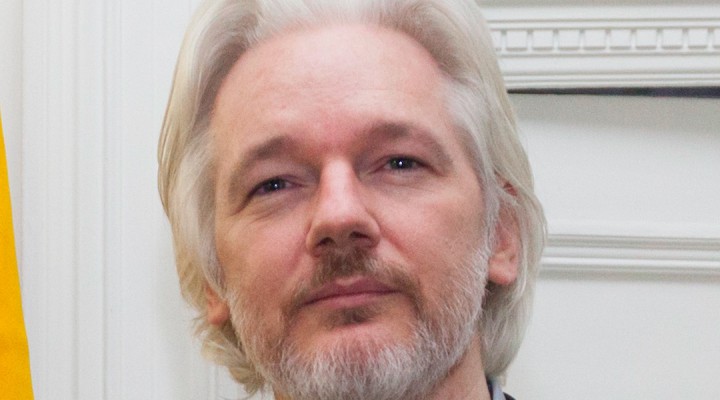 The most powerful regime on the planet imprisoning a journalist for journalistic activity is as brazen and obvious an act of tyranny as you could possibly come up with, and yet you still get pseudoleft pundits acting like you’re some kind of weird freak for expecting them to oppose it.

The Assange issue is not actually complicated. The most powerful government in the world is trying to extradite a journalist and try him under the Espionage Act for exposing its war crimes. It is that simple. This isn’t some super complex subject that you defer to the experts on.

That’s one of the things that’s so frustrating about this case. It’s such a blatant abuse of government power that virtually everyone would normally be ideologically opposed to it, but because there’s been so much media spin on it for so long people don’t see it.

Don’t imprison journalists for exposing the truth. I mean, like, duh. This should really be such a mainstream issue that fringey types like myself would see no need to focus on it, and if the media environment wasn’t being so despicably manipulated it would be.

The only reason nobody seems to recognize this in the west is because the US has such phenomenally excellent global narrative control. If it didn’t, the entire world would’ve laughed when the butchers of the Middle East started pretending to care about Muslims in Xinjiang.

People will respond to this by saying things like, “China is more oppressive domestically, US is more oppressive abroad.” But nothing China is doing domestically is anywhere remotely as bad as what the US is doing abroad. Nothing China is currently doing rises to the level of the US killing millions and displacing tens of millions just since the turn of this century in still-ongoing military operations.

This is an unassailably correct position; there exists no robust arguments to the contrary. The only reason people experience so much cognitive dissonance whenever I say this is because so few step all the way back and look at the big picture of our present reality as it currently exists.

Maintaining an awareness of the indisputable fact that the US is by far the most destructive government on earth gives you a much clearer perspective in our current media environment, because you see that it’s always vastly worse than 100 percent of the governments it tries to demonize.

It’s amazing how many people I’ll interact with who blame China for the rising authoritarianism of their own governments. It takes a lot of propaganda consumption to believe western governments using western means to oppress westerners has anything to do with China.

“Left-versus-right is just designed to keep us divided against each other.”

No that’s capitalism. Capitalism is what’s designed to do that. And you either oppose that right-wing, divisive, competition-based model or you don’t.

Sure Democrat-versus-Republican, Tories-versus-Labour etc is fake and divisive bullshit, but those are right wing, capitalist parties. You either support their ideology or you oppose it. This is a real distinction and pretending otherwise serves nobody.

Humanity arrived on the scene through a frightening and violent process of death, mutation and natural selection, leaving a bunch of trauma conditioning imprinted on these newly-evolved massive brains of ours even long after the threats have gone. We’re still sorting that out.

0 thoughts on “The Assange Issue Is NOT Complicated: Notes From The Edge Of The Narrative Matrix”