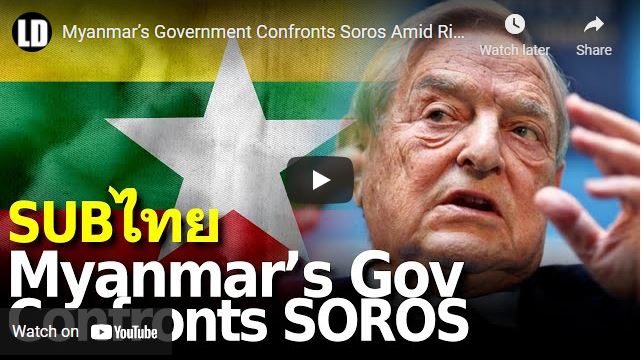 Myanmar’s government has detained staff of Open Society, a foundation founded by billionaire financial criminal George Soros engaged in political interference side-by-side the US and European governments around the globe.

Myanmar accuses Open Society of financial misconduct in support of riot mobs. Western corporate media like Reuters has attempted to downplay the significance of this interference and portray Open Society as a victim.

Open Society – however – is admittedly involved in political interference around the globe including in Myanmar – and Reuters has been likewise caught facilitating this not only through propaganda but through its role in influence operations under contract with Western governments – including through financial misconduct.

Burma Campaign UK – FAILING THE PEOPLE OF BURMA? A call for a review of DFID policy on Burma:
https://burmacampaign.org.uk/images/uploads/DFIDReview.pdf