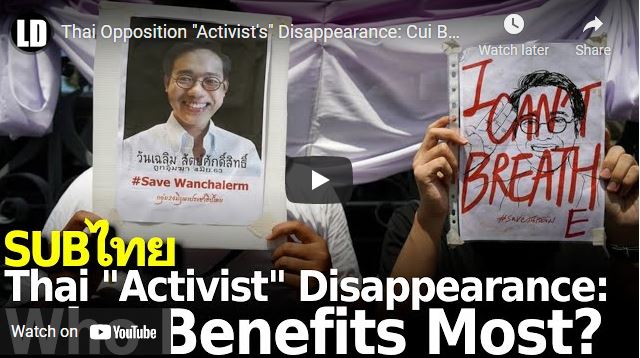 Western embassies coordinated with the US-funded opposition in Thailand to accuse the Thai government of the “enforced disappearance” of Wanchalearm Satsaksit on the anniversary of him going missing in Cambodia.

However, no evidence exists to indicate what happened to Wanchalearm or who did it – but the clearest beneficiaries of the incident have been the opposition itself.

The fact that the opposition has in the past killed its own supporters to radicalize their movement and that Wanchalearm was surrounded by an opposition network while in Cambodia further undermine the otherwise baseless claim the government was involved.

Prachatai – About Us (funding):
https://prachatai.com/english/about/prachatai

LD – Atrocities Made to Order:
https://landdestroyer.blogspot.com/2012/05/atrocities-made-to-order.html

Twitter Officially Teams Up with US-Funded Opposition in Thailand