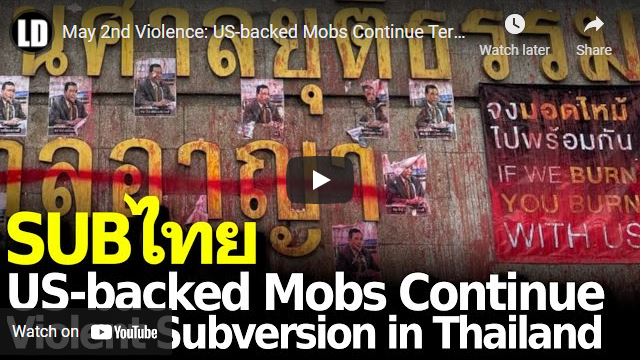 US-backed opposition groups clamored for violence all week on social media (with US-backed Twitter and Facebook refusing to remove any of the accounts doing so) – culminating in yet another episode of street violence including attacks on police and public property, the blocking of roads, arson, and assault.

The US has lit fires of instability across Southeast Asia aimed collectively at encircling China with conflict and denying it regional partners as well as denying Asia as a whole the ability to rise and eventually surpass the West geopolitically.