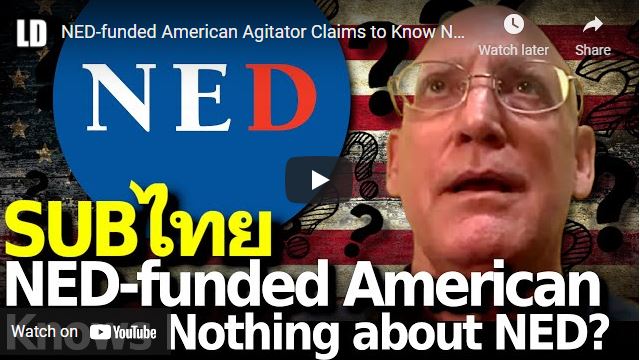 American David Streckfuss has been accepting US government money via the NED for years as part of running Isaan Record – a propaganda front operating in northeast Thailand promoting US-backed political groups and “autonomy” for the region.

He was recently terminated from Khon Kaen University – he and others around him are trying to suggest his termination was politically motivated. During an interview – he was asked directly about his NED funding and claimed to know nothing about the NED or the CIA and simply takes the money.

US National Endowment for Democracy – Board of Directors:
https://www.ned.org/about/board-of-directors/

US Will Seek to Meddle in Thai Constitutional Referendum

Russia Seeks to Stem US Funding to NGOs

US Struggles for Relevance in Southeast Asia