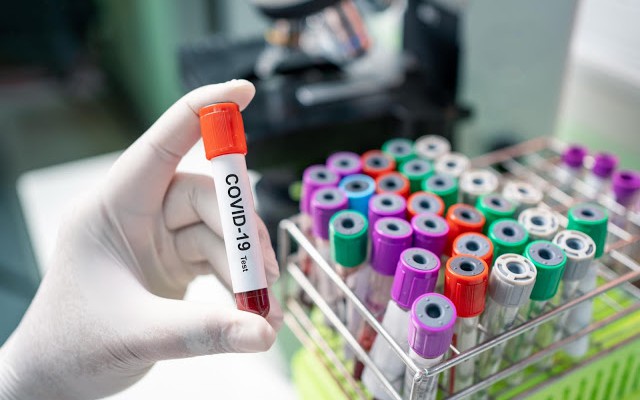 Yet the sense of urgency imposed upon the general public – prompting lockdowns around the globe and unprecedented measures being put in place – all centered around fighting a supposedly dangerous pathogen and avoiding overburdening global healthcare infrastructure – is entirely artificial.

If Covid-19 was truly a pandemic worthy of such hysteria – a pandemic the West has claimed over the years was all but inevitable – why has the current international order dominated by the West failed so utterly in dealing with Covid-19?

Trillions for Endless War, Nothing for Pandemic Preparations?

Literally trillions of dollars have been dumped into the US-led war in Afghanistan alone – saying nothing of the trillions more spent on occupying Iraq, waging war in Libya and Syria, aiding Saudi Arabia in the destruction of Yemen, and the myriad of “soft-power” interventions unfolding across the rest of the globe.

These are trillions of dollars that could have instead filled hospitals with top-of-the-line ventilators as well as filled warehouses with much cheaper and portable ventilators that could be deployed when and where needed.

And it wasn’t as if the need for ventilators was just suddenly realized amid the Covid-19 outbreak. An MIT paper written in 2010 titled, “Design and Prototyping of a Low-cost Portable Mechanical
Ventilator” (.pdf)), – a full decade ago – would note:

And in a full decade’s time, nothing was done to address this shortage leading to hysteria across the West amid the Covid-19 outbreak where governments claim to be pressing private business into making ventilators on production lines usually used for producing automobiles and appliances.

If the problem was well known a full decade ago and those in power – particularly in the US from US President George Bush to President Barack Obama to current US President Donald Trump – did nothing about it electing instead to spend US tax dollars on wars and banker bailouts – should the public trust American or Western leadership during this supposed crisis?

Should the hysteria these interests are fostering among the public be entertained?

If Covid-19 is such a threat to the globe – grinding everyday life to a standstill in ways two decades of America’s “War on Terror” have failed to do – why wasn’t more done to prepare for it? Especially when shortages were well-known even to MIT students working on class projects?

If Anything we are Told About Covid-19 Were True…

Lockdowns and rushes to build ventilators constitute just one dimension of this current crisis.

Another is the rush to make vaccines.

Already – the notion of getting your vaccines – including “flu shots” – are imposed upon the general population as absolutely critical for public health. Yet if this were as critical as the public is led to believe – why are vaccines entrusted to some of the most corrupt and untrustworthy corporations on Earth?

Even the US’ own Department of Justice has repeatedly convicted big-pharma corporations for everything from falsifying safety and efficacy reports to bribing doctors, regulators, and politicians. Yet the same US government that repeatedly investigates and convicts these corporations also grants them approval via the FDA to make things we are told are absolutely critical for public health – including vaccines.

If vaccines were truly as important as we are told they are – their research, development, production, and distribution should be absolutely transparent, open source, and nationalized.

Corrupt corporations – not suspected of, but repeatedly convicted for putting profits before public health – should be shuttered, their assets seized and nationalized, and their work placed in the public domain for maximum oversight and transparency.

But that’s only if anything we are told about vaccines in general or the upcoming Covid-19 vaccine were true. Apparently it isn’t true – thus the lack of genuine urgency to match the mere sense of urgency the government and the corporations that influence their policy try to impose upon the general public.

This sense of urgency isn’t being imposed upon the public for the nation’s best interests, but for the special interests that drive US policy forward and their best interests. Hysteria and the urgency it prompts makes for a malleable public ready to accept virtually anything as an “answer” to the dangers they’ve been told to fear.

Vaccine research, development, and distribution will make pharmaceutical corporations billions of dollars whether they actually work or not. For example, consider how pharmaceutical corporations made billions during the 2009 Swine Flu outbreak when World Health Organization “experts” in the pay of big-pharma declared it a “pandemic” prompting Western governments to stockpile big-pharma drugs that later turned out to be absolutely useless in combating the virus.

Political Games of Hegemony During a “Pandemic?”

And if anything we are being told about the urgency of Covid-19 were true, the United States amid these “trying times” would recognize fighting Covid-19 globally is in its own best interest as well – helping to fight it regardless of whose borders it turns up within. Yet crippling economic sanctions remain in place against nations like Iran who have been particularly hit by the virus.

NBC would report in their article, “Firm under sanctions made Russian ventilators shipped to U.S., pictures show,” that:

A subsidiary of a Russian company that has been sanctioned by the U.S. manufactured ventilators that were transported from Moscow to New York this week to help tackle the coronavirus pandemic, according to pictures of the delivery.

Obviously if Covid-19 was such a deadly threat, the US would temporarily put its hegemonic foreign policy aside – and work to combat the outbreak – if only to save itself. It isn’t – because Covid-19 the pathogen doesn’t live up to Covid-19 hysteria.

Little we are being told about Covid-19 is true – what little grain of truth exists amid what the public is being told is overshadowed by the unwarranted hysteria deliberately spread about the virus. That hysteria isn’t leading to measures to actually stop the outbreak – but to prime the public for profit-making schemes that will fill the coffers of pharmaceutical corporations and legislation that will strengthen the grip of governments over their respective populations.

Massive corporations will survive and will profit not only from false solutions offered to “fight” Covid-19 but also from assets sold by broken small and medium businesses and property owners selling assets at bargain prices after lockdowns and economic crisis.

“Post-Covid-19” – the same corrupt and incompetent interests that left the world either unprepared for a real pandemic – or panicked the public over a deliberately over-hyped virus – now stand to profit from and prosper in the wake of it.

If anything we were told about Covid-19 were true, the people who told us about it, panicked us over it, and demanded action from us in the face of it – but left us entirely unprepared for it in the first place – should be the final causalities of the virus – uprooted socially, economically, and politically from society and replaced by leaders, economic systems, and healthcare infrastructure capable of weathering not only viral pandemics, but socioeconomic and psychological pandemics as well.