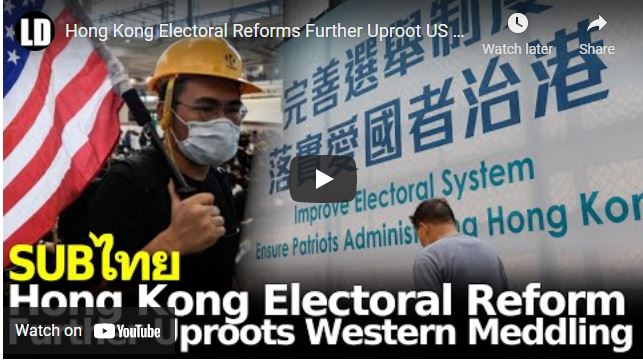 The reforms ensure that Hong Kong is led by patriots and includes a vetting process to weed out compromised candidates before elections. The reforms set a positive example for other nations in the region including in Southeast Asia – Thailand and Myanmar in particular – to follow in dealing with similar Western-sponsored political interference and subversion.