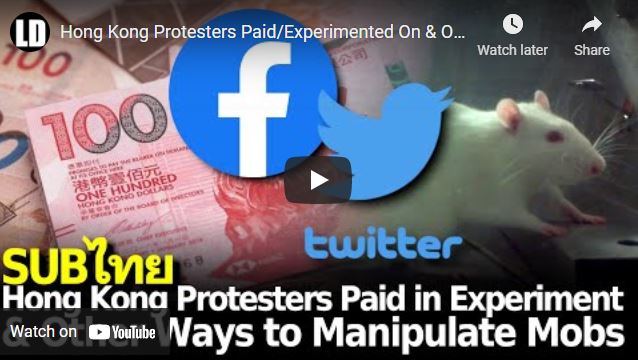 A US government-funded “think tank” has been revealed to have been experimenting on Hong Kong students in the lead up to violent, US-backed riots in the territory just recently put down by Beijing.

The experiment reveals how the US was studying methods of boosting protest turnout, most likely as part of its wider regional “Milk Tea Alliance” ambitions.

RT – Academic paper reveals Hong Kong student protesters were paid to be guinea pigs in bizarre experiment that may have gone wrong:
https://www.rt.com/op-ed/525596-hong-kong-paid-protests/