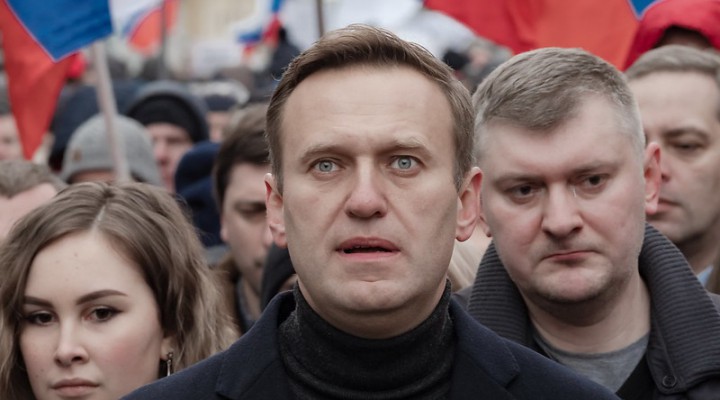 If one had been reading America’s leading newspapers and magazines over the past several weeks the series of featured stories suggesting that Russia’s President Vladimir Putin is some kind of latter day Lucrezia Borgia would have been impossible to avoid. Putin, who was simultaneously being branded as some kind of totalitarian monster, apparently does not just go around chopping off heads. Instead, he prefers to slip military grade poison into people’s tea or wipes it onto their doorknobs. The case of the former Russian spy Sergei Skripal in England is being cited as evidence that poisoning is a routine way of cleaning out the closets, so to speak, together with that of Aleksandr Litvinenko, who died in England in 2006 under mysterious circumstances after reportedly drinking a radioactive isotope that had been placed into his cup of tea while dining at a sushi restaurant in London. Apparently the raw fish had nothing to do with it.

There are, of course, parts of the story that just don’t fit no matter how hard one tries. The Skripals, father and daughter, lived in Salisbury within walking distance of Britain’s chemical and biological weapons lab located at Porton Down, an option for poisoning that was never fully explored. And there was no real reason to kill them in 2018 as they no longer posed any threat to Russian interests, having escaped to England twelve years before. In fact, they did not die, which in itself seems odd since the lethal agent was eventually reported by the British to have been Novichok, which may have been smeared on their from door latch. Novichok is designed for battlefield use and reputedly kills instantly.

Poisoning is certainly a convenient short cut when one is unable or unwilling to persevere with the basic principle of politics among nations, often referred to as Diplomacy 101. The first rule in Diplomacy 101 is that you prioritize your interests so that you are not wasting your time and energy by pursuing objectives that are either essentially inconsequential or even meaningless at the expense of authentic vital national interests. By all accounts, Vladimir Putin is an astute politician who would recognize that killing political opponents is counter-productive. Far better to let them live to demonstrate that Russia is truly a country that allows dissent.

At the same time, if one wants to witness ignorance and hubris combined in news reporting, at its worst, it is only necessary to journey through the stories on Russia and Putin that comes out of the strange world inhabited by the punditry at newspapers like the New York Times and Washington Post.

Bret Stephens, a self-proclaimed conservative voice at the New York Times, makes no attempt to conceal his hostility to nations like Russia, China and Iran. His latest foray into the unknown is to advocate congressional legislation to punish Russian President Vladimir Putin. He calls it the “Navalny Act.” The eponymous Navalny is Alexei Navalny, a leading Russian dissident who is currently in Germany being treated for what has been described as a poisoning carried out by unknown persons using a somewhat unidentifiable poison for an unknown objective, which is presumed to be killing him as he is a critic of the Putin regime.

Stephens advocates a law by Congress that would empower the U.S. government to both initiate and increase sanctions while also placing travel bans on those individuals who might be implicated in the claimed poisoning of Navalny. It is, in effect, direct interference in a foreign government’s domestic activities, which might have the consequence of inviting foreign governments and the U.N. to start inquiring into just how the U.S. does business. Stephens goes beyond sanctions and travels by further advocating linking his Navalny Act to the Senate’s proposed Defending American Security From Kremlin Aggression Act, or DASKA, that is being promoted by none less than Lindsey Graham. It would require inter alia that intelligence agencies issue available to the public reports on Vladimir Putin’s personal wealth.

There are inevitably a number of problems with the blame Putin narrative. As Israel Shamir observed shortly after the fact, it was at first by no means completely clear if Navalny was actually poisoned at all. He fell ill while flying from Siberia to Moscow and was tested for poisons before it being determined that he might have suffered a diabetic attack. When in Germany for treatment, a mysterious water bottle was produced by his family that the Bundeswehr labs are now claiming had traces of Novichok on its surface. If Novichok truly were on the bottle Navalny, his family and the air crew would all be dead, as well as the Bundeswehr technicians.

If Putin was behind the poisoning of a prominent dissident, it would have served no purpose beyond freeing oneself up from a political nuisance, so there would have been little in the way of motive. Quite the contrary, as Russia is, in fact, in the final stages of setting up the Nord Stream 2 gas pipeline project with Germany, which with be highly profitable to both countries and is being strongly opposed by the Trump regime.

The White House has been trying hard to kill the project on “national security grounds” to benefit potential U.S. gas suppliers, so much for Trump being a tool of Putin. That rather suggests that the U.S. might have more motive than the Kremlin to poison Navalny, namely to create a cause celebre damning Putin. At the moment, German Chancellor Angela Merkel is in fact reported to be hesitant about completing the project due to the Navalny furor and pressure from Washington.

Interestingly, Stephens quotes his good friend Bill Browder, who was enthusiastic about the prospects for a new piece of legislation to beat Putin over the head with. Browder, the original darling of the war party who has described himself as Vladimir Putin’s “number one enemy,” was the driving force behind much of the original legislation to punish Russia, but his story has more holes in it than a Swiss cheese.

Browder is much loved by Congress as he embodies Russo-phobia. He is a major hedge fund figure who, inter alia, is an American by birth. He renounced his U.S. citizenship in 1997 in exchange for British citizenship to avoid paying federal taxes on his worldwide income. He is what used to be referred to as an oligarch, having set up shop in Russia in 1999 as Hermitage Capital Management Fund, a hedge fund registered in tax havens Guernsey and the Cayman Islands. It focused on “investing” in Russia, taking advantage initially of the loans-for-shares scheme under Russia’s drunkard President Boris Yeltsin, and then continuing to profit greatly during the early years of Vladimir Putin. By 2005 Hermitage was the largest foreign investor in Russia.

Similar to the proposed Navalny Act and central to the tale of what Browder really represents is the Magnitsky Act, which the U.S. Congress passed into law to sanction individual Kremlin officials for their treatment of alleged whistleblower Sergei Magnitsky, arrested and imprisoned in Russia. Browder has sold a narrative which basically says that he and his “lawyer” Sergei Magnitsky uncovered massive tax fraud and, when they attempted to report it, were punished by a corrupt police force and magistracy, which had actually stolen the money. Magnitsky was arrested and died in prison, allegedly murdered by the police to silence him.

The Magnitsky Act asserts American “rights” to punish crimes occurring anywhere in the world, a right that is claimed by no other nation. By it, the U.S. asserted its willingness to punish foreign governments for human rights abuses. The Act, initially limited to Russia, has now been expanded by virtue of 2016’s Global Magnitsky Act, which enabled U.S. sanctions worldwide. The proposed Navalny Act coupled with Lindsay Graham’s DASKA would together go well beyond even that bit of draconian legislation.

The basis for the Magnitsky Act was essentially fraudulent, just as might turn out to be the case with the Navalny story. Contrary narrative to that provided by Browder concedes that there was indeed a huge fraud related to as much as $230 million in unpaid Russian taxes, but that it was not carried out by corrupt officials. Instead, it was deliberately ordered and engineered by Browder with Magnitsky, who was actually an accountant, personally developing and implementing the scheme, using multiple companies and tax avoidance schemes to carry out the deception.

The pending legislation dreamed up by Stephens is undeniably driven by extreme hatred of Putin and of Russia, using contrived and evidence-free scenarios to condemn the Russian government for crimes that do not even make sense from a risk-gain perspective. The Magnitsky Myth alone has already done more even than the contrived Russiagate to launch and sustain a dangerous new Cold War between a nuclear-armed United States and a nuclear-armed Russia.

It would perhaps not be too off base to suggest that the Navalny poisoning has the smell of a possible false flag operation by the U.S. with the possible collusion of anti-Russian elements in Germany. Moscow had no real motive to kill Navalny while the White House is certainly keen on terminating Nord Stream 2. That the U.S. media also continues to be attracted to schemes like Stephens’ is symptomatic of just how far the Russia-phobia current in America and Europe has robbed people of their ability to see what important even when it is right in front of them. Good relations with Russia are more important than either getting involved in Moscow’s politics by validating Navalny or selling gas. To suggest that yet more foreign meddling as advocated by Brent Stephens of the New York Times could well lead to tragedy for all of us would be an understatement.

0 thoughts on “A Truly Poisonous Foreign Policy: A Ridiculous Proposal from the New York Times”