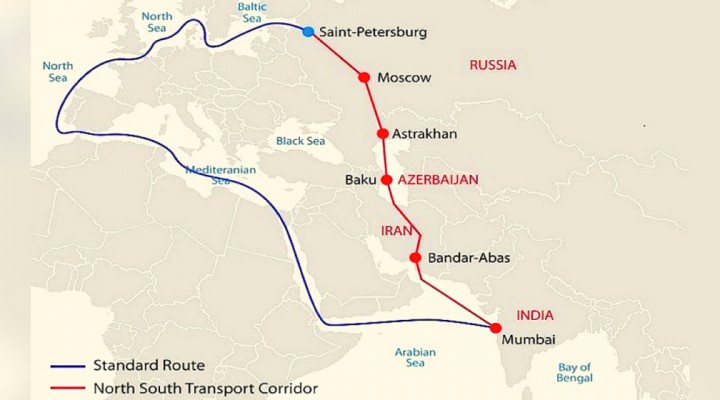 With Afghanistan much less reliant on the INSTC for access to the Indian Ocean due to its decision to participate in PAKAFUZ, India won’t be able to robustly engage with the region.

India might be compelled to recalibrate its strategy if plans for a Pakistan-Afghanistan-Uzbekistan (PAKAFUZ) railway make its International North-South Transport Corridor (INSTC) redundant with respect to its Central Asian outreach efforts.

The South Asian state had hitherto expected to expand its influence into the Eurasian heartland through the project’s terminal port of Chabahar, but New Delhi’s compliance with Washington’s unilateral sanctions regime against Tehran out of fear of so-called “secondary sanctions” was a severe setback.

In the meantime, landlocked Afghanistan was approached with the PAKAFUZ proposal, which it agreed to participate in as it is a much more reliable means for it to access the Indian Ocean and thenceforth the rest of the global economy.

Furthermore, last week’s virtual foreign ministers meeting between the top Chinese, Pakistani, and Afghan diplomats resulted in a joint statement that highlighted Kabul’s connectivity potential through China-Pakistan Economic Corridor (CPEC)’s terminal port of Gwadar. I wrote about the grand strategic consequences of this development against the PAKAFUZ backdrop in my recent analysis for Pakistan’s The Express Tribune about how “The BRI-Backed Afghan-Pakistan Rapprochement Is Reshaping the Region”, which concluded that India’s Central Asian outreach plans might forever be stymied by this move. After all, with Afghanistan much less reliant on the INSTC for access to the Indian Ocean due to its decision to participate in PAKAFUZ (which will essentially function as the northern branch of CPEC that can be described as N-CPEC+), India won’t be able to as robustly engage with the region.

That’s not to say that New Delhi should abandon such plans, but just that it must temper its prior expectations and instead accept that it will likely be much less limited in this respect going forward. The INSTC will still serve an important function, but not what it was once thought to have been capable of doing.

This will result in India being less able to “balance” Chinese influence in Central Asia, thereby compelling a further recalibration of its relevant strategy. Instead of concentrating on Central Asia, India would arguably do better devoting much more time, attention, and efforts to expanding its reach across the Afro-Eurasian Rimland of the Indo-Pacific where it has much more opportunities than in the Eurasian Heartland.

For instance, Israel shared its transregional connectivity plans with India back in December 2019 whereby the South Asian state could utilise West Asia as a shortcut to accessing Europe via the Mediterranean. This initiative, which could be described as the “Trans-Arabian Corridor” (TAC), has yet to enter into effect but is nevertheless very promising for India, perhaps even more so than the INSTC.

That’s because the Gulf Kingdoms, first and foremost among them Saudi Arabia via its Vision 2030 socio-economic programme, are reforming the real-sectors of their economies to lessen their historic dependence on energy exports. India has recently cultivated excellent relations with them and Israel, so there are plenty of overlapping interests in this initiative. 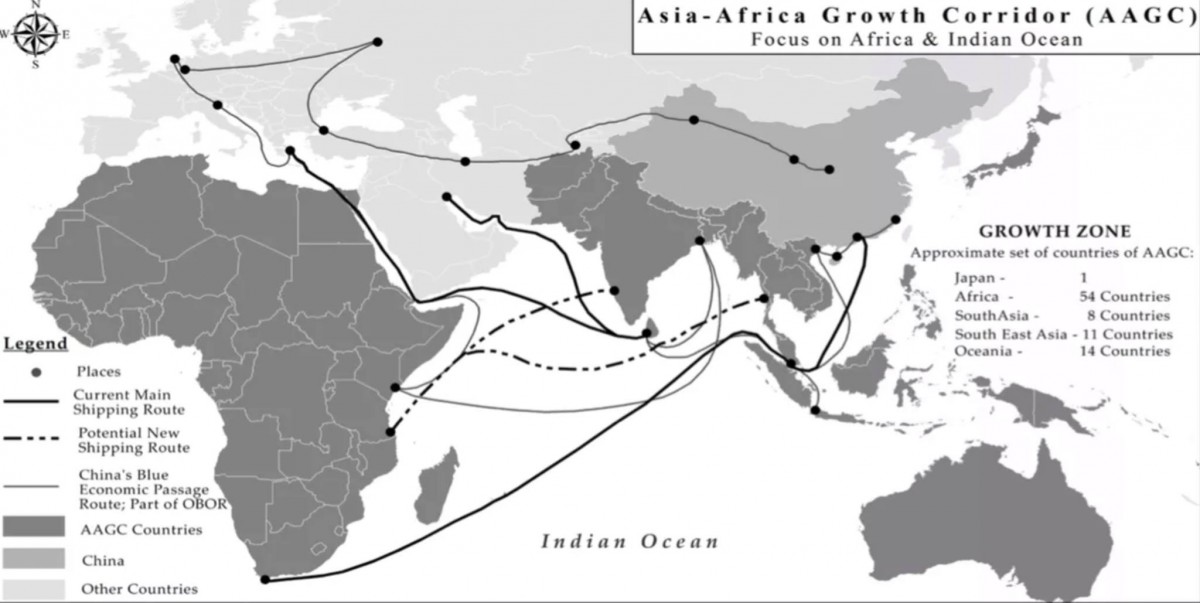 India is also keenly interested in expanding its economic influence in East and Southern Africa, not just for simple reasons of geo-economic convenience, but also because of its influential diaspora there. The seemingly forgotten joint Indo-Japanese Asia-Africa Growth Corridor (AAGC) from a few years back could be revived in the post-COVID-19 years if New Delhi focuses more on this part of the world instead of Central Asia after its recent INSTC setback in the latter region. Just like with the TAC, the AAGC would be more of a multilateral initiative that could attract many more stakeholders than the INSTC ever had a chance of doing. Of course, it would take time to find the right economic niches to target considering China’s immense influence there, but it is still doable.

The AAGC also plans to include ASEAN in its trans-continental connectivity network, which could even see it working more closely with the Western economies, like the United States, that are already deeply entrenched there. The Greater Mekong Subregion (GMS) would probably become the focal point of Indian outreach activities both because it already figures into New Delhi’s trilateral highway plans across fellow BIMSTEC members Myanmar and Thailand as well as being the site of several promising transport corridors, some of which have seen its strategic Japanese partner playing a leading role in pioneering. While the Central Asian states might be more strategic when it comes to “balancing” China, they lack the economic dividends of ASEAN.

India’s “Act East” vision of more robust engagement with all of its neighbours in that cardinal direction is already proceeding apace with respect to Russia via the Vladivostok-Chennai Maritime Corridor (VCMC) that Prime Minister Modi and President Putin announced during the former’s trip to the Far Eastern Russian city as the latter’s guest of honor for the 2019 Eastern Economic Forum.

The VCMC will naturally traverse through ASEAN’s waters, thereby enabling both to synergise their efforts for more effective economic cooperation there so long as the will is present, which is evidently seems to be. India also has a strategic interest in investing in Russia’s Arctic and Far Eastern regions as a “friendly” way to “balance” China in its own “backyard”.

With these proposals in mind, India’s new economic engagement model is beginning to take shape. It could prospectively consist of the country doubling down on relevant outreaches to its most important Afro-Eurasian Rimland partners in West Asia, East and Southern Africa, ASEAN, and the Arctic/Far East (Russia).

The AAGC might become the platform through which India jointly manages these new opportunities, taking advantage of Japanese capital while simultaneously courting more stakeholders such as the US and other countries that are also interested in economically “balancing” China across this geostrategic space. The INSTC might still play a role in these calculations, but it will likely never fulfill the lofty expectations earlier held of it.