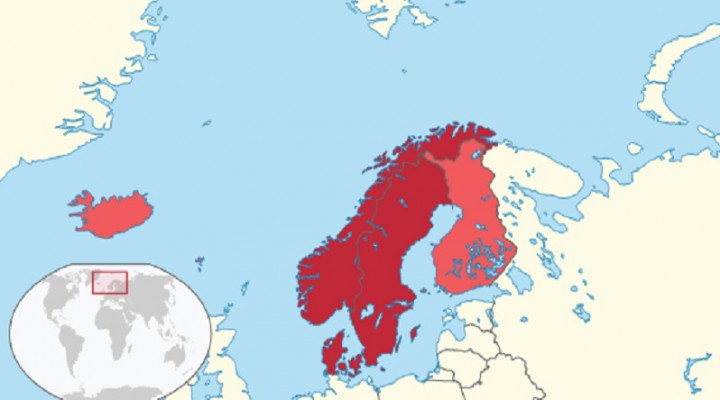 This region is arguably one of the targets of ‘Shadow NATO’, a concept that refers to the de facto inclusion of countries into the US-led military alliance.

Russian Foreign Ministry spokeswoman Maria Zakharova expressed concern over the weekend about NATO’s efforts to expand into Sweden and Finland. She warned that “It’s quite obvious that Finland and Sweden joining NATO … would have serious military and political consequences that would require an adequate response from the Russian side.” Although Finland isn’t officially regarded as part of Scandinavia, its history of Swedish rule prior to incorporation into the Russian Empire and geographic proximity to that neighboring state can lead to observers considering it to be part of “Greater Scandinavia”, if one will.

This region is arguably one of the targets of “Shadow NATO”, a concept that refers to the de facto inclusion of countries into the US-led military alliance. Shadow NATO has already crept into Ukraine, which was one of the triggers for the undeclared US-provoked missile crisis in Europe after Russia became concerned that America plans to clandestinely deploy strike missiles there under the cover of so-called “anti-missile systems”. “Greater Scandinavia”, in particular Sweden and Finland, are also targets of this plot and have been since 2015 when they both began engaging in phantom Russian sub hunts at the time.

Seeing as how Russia’s “security equation” proposal aims to responsibly regulate that country’s military rivalry with the US in Europe, it’s imperative that Shadow NATO’s creeping influence into Greater Scandinavia is kept in check as part of the forthcoming negotiations. Neither Ukraine nor Sweden or Finland should be allowed to become de facto members of that alliance since such efforts are responsible for the unprecedented post-Old Cold War security crisis in the continent. Even if Russia’s concerns over Ukraine’s informal membership are addressed, the crisis will inevitably repeat itself with time in Northern Europe if Sweden and Finland continue being informally absorbed by the bloc.

After all, the Arctic is considered by many observers to be an emerging front in the New Cold War. The US aims to militarize this region as it becomes more important for international shipping through the gradual opening of the “Northern Sea Route” (NSR) via the waterways under Russia’s sovereign control. China will begin to utilize this route more frequently through its “Polar Silk Road” vision of expanding trade ties with the EU through the Arctic. US-led NATO militancy in Northern Europe will directly harm Russia’s security interests even if it’s implemented under the pretext of “containing” China. Under no circumstances must Sweden and Finland be allowed to functionally move closer to NATO.

Not a lot of attention has been paid to the “Viking Bloc” that the US plans to assemble between the three traditional Scandinavian states of Denmark, Norway, and Sweden (the last of which isn’t formally part of NATO) and the other two countries that comprise the “Greater Scandinavian” concept: NATO-member Iceland and aspirational “Shadow NATO” member Finland. This issue will have to be settled as part of the forthcoming negotiations over Russia’s “security equation” that explicitly proposes halting the bloc’s expansion. The devil is in the details, as they say, but it was timely for Zakharova to bring this up ahead of next year’s talks in order to signal that this issue will definitely be on the agenda.