HOME / WORLD / Where Peace Is Impossible, Violence Is Inevitable 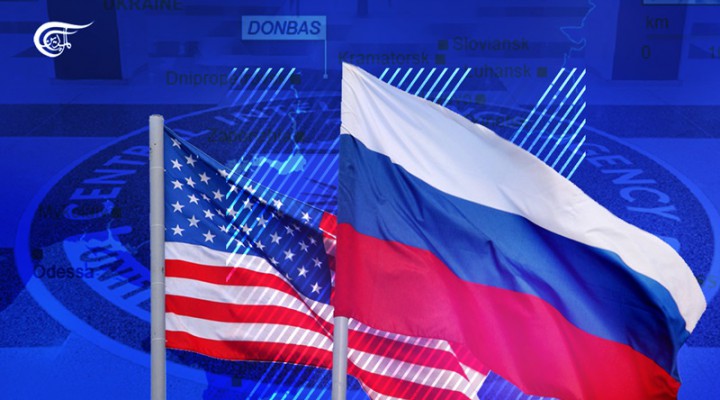 Moscow is setting into place the military pieces so that – were circumstances to demand – Russian forces could be into, and across the Donbas, in a flash.

“Biden dispatched CIA Director Bill Burns to Moscow”, CNN tells us, “to warn the Kremlin that the US is watching its build-up of troops near Ukraine’s border closely, and to attempt to determine what is motivating Russia’s actions”. This may be mainly right, but Burns also had meetings with Nikolai Patrushev (Security Adviser) and Sergei Naryshkin (Intelligence Chief).

More significantly, Burns spoke by phone directly with President Putin: “Bilateral relations [were discussed], the crisis situation in the diplomatic practice, and an exchange of opinions on regional conflicts [took place]”.

Something is going on – since further down in the CNN piece – it relates that “the [US] administration is very, very concerned – and that this is the most concerned I’ve heard them about Russia in a really, really long time”, said one European diplomat. “I wouldn’t underestimate this. They’re doing a massive outreach to raise awareness”.

“They’re definitely being taken very seriously”, a second European diplomat said. “There is clearly a trend line here – you can go back all the way to 2014, of course”, when Russia invaded Crimea. “But since the spring of this year”, a constellation of developments has drawn attention … the only partial withdrawal of those troops … Russia’s move to leave some military hardware behind on the border …”.

Well – not exactly “on the border”. As a leading Russia commentator, The Saker, has noted, those satellite images purporting to show a big military presence “on the border”, come from a location over 200 km away from the Ukrainian border.  So, what is ‘going on’ should not be too difficult for Burns or the CIA to puzzle over, or ‘to determine’: Moscow is setting into place the military pieces so that – were circumstances to demand – Russian forces could be into, and across the Donbas, in a flash.

After his meetings in Moscow, Burns directly called President Zelensky of Ukraine to convey the Administration’s “concerns over Russia’s behavior”.

Why then is the US making such a ‘big deal’ of this visit to the Europeans? Would it not seem a prudent measure on Russia’s part?  The dash of the CIA chief suggests rather, a last-minute awakening in Washington to the realization that the US was far from being on track towards a Blinken- choreographed political win, but rather was lurching instead to another strategic disaster and loss for Biden.

Bill Burns is a diplomat: a courteous man often entrusted to open channels on sensitive issues. He was Ambassador in Moscow and is respected there. An ‘adult’ then. You could not have a bigger contrast between him and Victoria Nuland, who lately visited Moscow, to tell the Russians to ‘bend to Kyiv’.  She was told ‘no way’, until Kyiv implements the Minsk accords. She didn’t seem to want to hear, Moscow concluded.

Yet there is another tantalizing layer to these ‘chalk and cheese’ US envoy visits. Burns was Obama’s appointment in Moscow and had the 2016 US election gone the other way, Burns might have been Secretary of State (pushed by Obama). Nuland is a notorious neo-con, and Team Blinken is of the interventionist ilk too.

Was the context then, one of Obama’s concerns that the Washington hawks were railroading ‘Sleepy Joe’ into one of their disasters?  It is not clear. Maybe.

What spooked Burns? Not the Russian military pre-positioning against a possible assault by Kyiv on the Donbas. More likely, it was the realization that Zelensky is not in control of the political situation – for reasons cogently set out by Dmitry Medvedev in an article recently published in the Russian press. The true power-brokers in Kyiv well know that Russian-speaking Eastern Ukraine will never live side-by-side with their belligerent western counterparts. The latter do not believe in, nor want, the reintegration of these eastern provinces.

For these power-brokers in Kyiv, losing a war to Russia – paradoxically – is winning politically: forget about the purported improved military capabilities of Kyiv. They are just stage-props in a much more important political pièce de théâtre taking place. The Ukraine leadership has no options – as an imploding, dysfunctional state – other than to allow itself to implode or to force Russia into an open intervention. For the Kyiv leadership, the choice is effectively either Scylla or the Charybdis.

The outcome of the inevitably failed subjugation of ‘breakaway Donbas’ would be blamed by Kyiv and its allies on Moscow, and used to shame the EU into bailing Kyiv out from its bankruptcy. Yes, the country would in the end have been Balkanised, but the corrupt Russophobic oligarchs would still be intact, and politically ‘on top’.

For Nuland however, saber-rattling at Russia via NATO notionally might have been presented in the US as a double-‘achievement’: The US standing tall, and NATO getting a new lease of life. To this end, Team Biden recently has been animating the Europeans to use Ukraine as the peg to threaten Russia with NATO action, even to the extent of NATO recently lowering the threshold for using its nuclear weapons.  All in all, the intent was to sound like ‘America’s Back’ and ‘leading again’.

Thus, it would seem that Team Blinken-Nuland would ‘end-game’ with a reluctant Russia having no choice but to intervene. The goal for Nuland and the US ‘hawks’ was not to defeat Russia militarily, but politically, as the world comes together, behind America’s lead, to condemn Russia’s ‘invasion’ and its ‘seizure’ of Donbas.

And yet … and yet, Burns – an old Russian hand – may have understood that there is no way that Donbas can be seized back by Kyiv (Moscow will never allow it. And NATO knows it cannot prevail over Russia in Ukraine, short of an unthinkable nuclear exchange).

Maybe Burns belatedly saw that this State Department ploy was actually a trap that would end by engulfing Biden, rather than a clever State Department trap intended for Moscow. Perhaps he tipped off Obama.

Either way, as matters were going, the US would have faced inevitable failure: Either Ukraine would have disintegrated from the weight of its own dysfunctionality or economic collapse and endemic corruption. Or, in a futile gesture, it goes for broke versus the Donbas forces and ends dismembered, as Russia – albeit reluctantly – is forced to intervene, and gobbles up all of eastern Ukraine.

The point here is that Russian intervention precisely is what the Kyiv oligarchy is seeking: ‘Winning through losing’.

And that would not play at all well with the political class in Washington. Biden would look incompetent – again. Is this what prompted Burn’s dash to Moscow?

Speaking at the Aspen Security Forum last week, General Milley conceded that ‘America’s century’ is over. Well finally! This is an important strategic statement. He said, “We’re entering into a tri-polar – world with the US, Russia, and China being all great powers.  [And] just by introducing three verses, two you get increased complexity”.

This must have been the principal topic in Moscow: How to manage competing interests, in a complex tri-polar world? If so, that will require vastly more realism than either the US or EU recently have displayed in respect to Ukraine.  And the Ukraine issue is far from over.

Likely though, Patrushev will have explained to Burns just how badly this US-EU ploy of egging on Kyiv to retrieve the eastern provinces could turn out for the US: Russia wouldn’t care about Nuland or von Leyen threatening to blame Moscow, or how many western advisers get stuck in Ukraine, and never return home.  Should Kyiv ‘go big’, so would Russia.

0 thoughts on “Where Peace Is Impossible, Violence Is Inevitable”