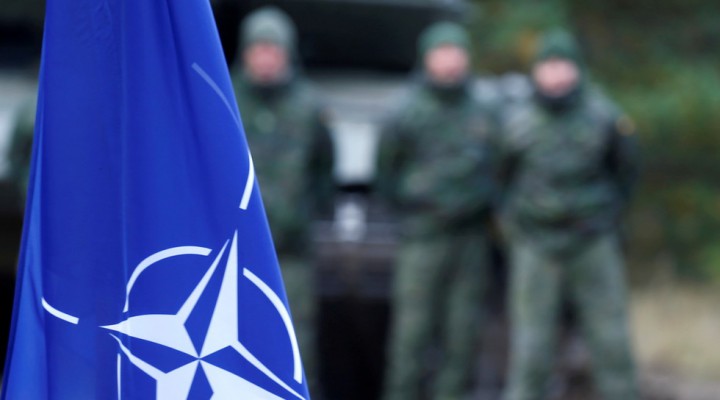 Ever since the end of the Cold War, NATO has been struggling to justify its existence. Unable to find a reason for being, the alliance has decided to manufacture endless crises with Russia in hopes of engendering a new Cold War.

Earlier this month, NATO expelled eight members of Russia’s mission to the alliance, accusing them of being “undeclared Russian intelligence officers,” a NATO official told the media.

“NATO’s policy towards Russia remains consistent. We have strengthened our deterrence and defense in response to Russia’s aggressive actions, while at the same time we remain open for a meaningful dialogue.”

A review of the history behind the creation of this mission, and the objectives of NATO regarding this mission, however, suggest that creating the conditions for a meaningful dialogue with Russia was never in the cards.

Once upon a time, a group of western nations, founded on the principle of shared values and common defense, formed an alliance intended to “keep the Russians out, the Americans in, and the Germans down.” For four decades, the North Atlantic Treaty Organization did just this. By preserving the post-war status quo in Europe, the organization served as a deterrent to the dream of Soviet expansion which, in retrospect, lived only in the minds of NATO politicians and generals, compelled the Americans to maintain a massive military presence on European soil, and blocked German reunification.

Changes from within the Soviet bloc, prompted more by the policies of glasnost and perestroika promoted by Soviet General Secretary Mikhail Gorbachev than any cause-and-effect relationship with NATO, brought the post-war edifice crashing down. The Warsaw Pact disintegrated, Germany reunified, and the Soviet Union collapsed, all within a span of two years.

Iraq invaded Kuwait, prompting America to deploy a large component of the troops it had stationed in Europe to fight in the Gulf. When that war ended, many questioned the need (and cost) of maintaining such a large military presence abroad when the threat it was intended to confront no longer existed, prompting the Americans to redeploy these forces back to its own territory.

By 1992, it was clear that the Soviets were no more. Germany was up, and the Americans out. The raison d’etre for NATO no longer existed.

Nearly 30 years later, NATO continues to exist. The lie of its ostensible “defensive” nature was exposed when it launched an offensive war of aggression against Serbia, used military power to facilitate regime change in Libya, and spent 20 years in a failed nation-building exercise in Afghanistan.

Today, with its eyes casting furtive glances toward the Pacific, NATO is an organization at war with itself, unable to articulate in any meaningful fashion what its purpose is, or even should be. Trapped by the logic of its own incompetence and irrelevance, NATO has opted to return to its origins by resurrecting two of its three founding tenets: keep the Russians out, and the Americans in.

It is clear from anyone with even the slightest grasp of historical insight that Russia, either in its past configuration as the dominant republic comprising the USSR, or its present federated manifestation, has never wanted  to be in Europe, either physically or politically. Likewise, the proto-isolationist genetics of the United States conspire to keep American forces from being permanently assigned on European soil in anywhere near the numbers that existed in the 1980s, at the height of the Cold War. And yet, the only thing that can bring America back to Europe militarily is the threat of imminent Russian aggression. Lacking any casus belli grounded in fact-based reality, NATO has spent the past three decades manufacturing one.

First, if Russia wasn’t going to come to it, NATO decided to come to Russia, engaging in a protracted policy of expansion which brought the alliance’s borders right up against Russia in pointed violations of assurances that had been given to the Soviet Union at the end of the Cold War that expansion was not in the books (pro hint—it always was—NATO and the US simply lied.)

When Russia approached NATO about this expansion, wondering if there was room in this new pan-European alliance for Russia, it wasn’t just given the cold shoulder–it was lied-to, with the Clinton administration telling the then-Russian President Boris Yeltsin that the NATO “partnership for peace” program Russia had joined in 1994 wasn’t about membership in the NATO alliance, but rather an alternative to NATO membership designed to draw in a broad coalition of European nations. Russia, of course, would never be allowed to enter NATO, while those other European nations brought into the “partnership for peace” were extended the golden ticket of NATO membership.

The consolation prize for being lied-to was the NATO-Russia Founding Act, approved by the North Atlantic Council on May 16, 1997. The act was never intended to position Russia as an ally of NATO, but rather as a vehicle for improved relations on terms dictated by the military bloc.

One of the key elements of the act was its emphasis on “democracy and the rule of law” as well as shared commitment principles including “respect for sovereignty, independence, and territorial integrity of all states and their inherent right to choose the means to ensure their own security.” In short, the document set in concrete the two primary driving objectives when it comes to NATO-Russian relations–Russia’s need to conform its domestic political character to the demands of the West, and Russia’s surrender of any say regarding what it calls “the near abroad.” The price Russia was expected to pay for the privilege of NATO “friendship” was the total abdication of its sovereignty regarding domestic political affairs and national security. The Founding Act was little more than a vehicle to neuter the Russian bear.

Over the course of the next 21 years, the act fostered Russian obsequiousness by compelling Russia to engage, in one form or another, in the subjugation of Serbia, the destruction of Libya, and the occupation of Afghanistan. Moreover, NATO openly courted the former Soviet Republics of Ukraine and Georgia to join its expansive alliance. In 2014, NATO stood by while the United States and the European Union conspired to overthrow the legitimately elected President of Ukraine, Viktor Yanukovych, and replace him with a team of Ukrainian nationalists.

When Russia responded to this action by reabsorbing Crimea and supporting pro-Russian elements in eastern Ukraine, NATO suspended what it termed “practical cooperation” with Russia. It stopped the functioning of what was known as the NATO-Russia Council, created to carry out the activities and aims provided-for by the Act and to develop common approaches to European security and to political problems. In doing so, it made a mockery of NATO commitments under the Act to settle any disagreements that might arise “on the basis of goodwill and mutual respect within the framework of political consultations.”

However, Russia’s Mission to NATO, established in 1998, remained open until recently. It was headed by a representative at the rank of Ambassador and comprised a senior military representative and a staff of some 20 officers who were part of the Mission for the purposes of fostering military cooperation with NATO. It was offering NATO the opportunity to interact informally with Russia at a lower level and thereby gaining some insight into Russian thinking, while giving Moscow the same low-level access to evaluate the alliance’s motives and intentions. This kind of informal liaison has, throughout the history of NATO-Russian relations dating back to the Cold War, provided policy makers on both sides with invaluable insights into the thinking of the other side, helping reduce the possibility of conflict during times of great tension.

The decision by NATO to expel eight Russian military officers from the Mission on unsubstantiated allegations of “intelligence work” prompted the Russian government to close the entire Mission, while at the same time closing NATO’s interest section in Moscow, which served a similar low-level liaison function.

The NATO decision makes no sense, given the total lack of justification cited, and can only be explained by concluding that it feared the impact the liaison activities had on de-escalation of tensions by providing much-needed insights into the military bloc’s goals and objectives. NATO, it seems, would rather live in a world unbothered by Russian reality, but solely governed by the delusion of a fictional Russia constructed by NATO policy makers desperately seeking to manufacture an enemy worthy of a NATO-sized defense budget.

NATO members were quick to cast blame for this self-inflicted wound on Russia. German Foreign Minister Heiko Maas noted that “this decision taken in Moscow will further prolong the difficult situation we’re in, this frosty period that’s been going on for some time,” noting that the closure of the Russian Mission to NATO “will put a further serious strain on relations.” Germany, Maas declared, “has repeatedly pushed for dialogue with Russia within NATO over the past years. We have to recognize once more, that Russia apparently no longer is. That is more than regrettable.”

In 2019, French President Emmanuel Macron called NATO “brain dead” and questioned the alliance’s approach toward Russia, encouraging a more conciliatory position over the confrontational posturing that defined NATO-Russian relations. Unfortunately, nothing has changed since the time Macron made his pronouncement, meaning that his diagnosis remains valid.

By creating the conditions that led to the closure of Russia’s Mission to NATO, the alliance has blinded itself to the insights accrued from the interaction of the Russian officers with their NATO colleagues.

NATO claims that it has a road map that will guide it toward continued relevance. Brain dead and blind, however, are not desirable characteristics for any organization trying to implement a vision of its future success. They are, unfortunately, traits that will lead to disaster and ruin. Whether this has been NATO’s goal all along cannot be discounted, given the absolute vacuousness of its decisions over the years regarding Russia.

From Russia, With (Taliban) Love