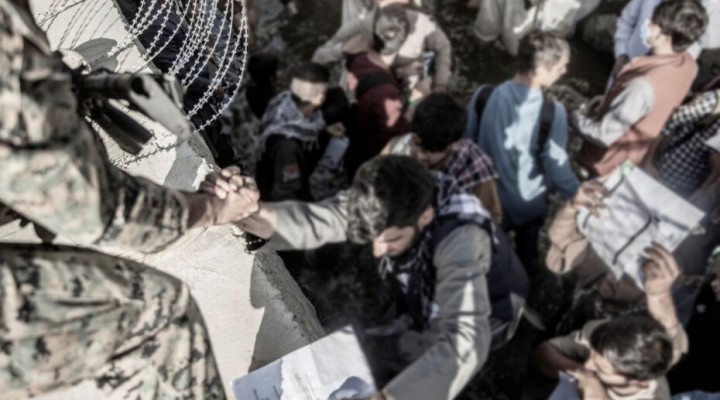 The Scarlet Letter is the tale of Hester Prynne in Puritan 17th century America. The story begins after Hester gives birth to a child out of wedlock and refuses to name the father. As a result, she is sentenced to be mocked by a jeering crowd, undergoing “an agony from every footstep [from prison cell to the market square] of those that thronged to see her, as if her heart had been flung into the street for them all to spurn and trample upon.” After that, she must wear a scarlet ‘A’ – for adulterer – pinned to her dress for the rest of her life. On the outskirts of Boston, she lives in exile. No one will socialize with her—not even those who have quietly committed similar sins, among them the father of her child – the saintly village preacher. The scarlet letter has “the effect of a spell, taking her out of the ordinary relations with humanity, and enclosing her in a sphere by herself”.

Of course today, we look on with smug satisfaction about how progressive, science-driven and modern we are. Scarlet letters don’t happen today, we tell ourselves – except they do. It is raining scarlet letters, in fact. It is perfectly true that a woman giving birth out of wedlock today will not be mocked by a jeering crowd. No – but we have replaced those 17th century taboos with new, rigid ones which appear, remarkably, as the polar inverse of the earlier crop. Anne Applebaum argues that the treatment meted out to today’s transgressives – though couched in contemporary idiom – is no less capricious, no less punitive, than in Puritan Massachusetts of the 1640s.

Tellingly, published in 1850, Nathaniel Hawthorne’s The Scarlet Letter was censored on sexual grounds (even though it was a story rooted in prudery). Plus ça change: c’est la même chose. Taboos shift, but humans embrace illusions and coercive memes as fervently as ever. We may not today suffer jeering and rotten tomatoes hurled at us in the market place, but the online public sphere has become a similar locus of instant visceral reaction, group think and controlled, rigid, ideological prisms. Nuance and reflection have been driven into exile. Public demands for rapid retribution are rife, and sometime impose a lifetime ‘scarlet letter’ on people who have not been accused of anything remotely resembling a crime.

What last week’s fall of the western-instituted regime in Kabul so clearly revealed is that today’s managerial class, authors of our contemporary taboos, and consumed by the notion of technocracy as the only means of effecting functional rule, failed to pull the rabbit – a showcase for technical managerialism – out of the Afghan hat. It birthed instead, something thoroughly rotten – so rotten, that it collapsed in a matter of days.

It is raining technical Pyrrhic ‘victories’ all around us, (together with accompanying scarlet letters to those who might quibble) – and not just in Afghanistan, which was really a success (Biden says). The JCPOA negotiations in Vienna with Iran were hailed as so conceptually compelling that Tehran couldn’t possibly refuse. (Apparently, however, the Iranians seemingly badly “misread the political terrain”). ‘Brilliant’ vaccines are bringing speedy ‘herd immunity, and the return to economic normality’ (Only Delta, and other variants surprised us. Now, we need three shots, and maybe ‘forever shots’ – until that doesn’t work either).

The data-led Fed and Treasury have brought a hugely successful economic recovery – we are told – (except that China potentially is letting the U.S. down, by deflating its’ property bubble at this sensitive moment). Inflation too, is ‘transitory’ (although all consumers known that to be untrue); the Fed is tapering, but all investors can guess what happens, should they actually try!

Applebaum (again), explains why it is so unacceptable to prick the bubble of such Pyrrhic ‘victories’:

“A decade ago, I wrote a book about the Sovietization of Central Europe in the 1940s, and found that much of the political conformism of the early Communist period was the result not of violence, or direct state coercion, but rather of intense peer pressure. Even without a clear risk to their life, people felt obliged—not just for the sake of their career but for their children, their friends, their spouse—to repeat slogans that they didn’t believe; or, to perform acts of public obeisance to a political party – they privately scorned”.

What do all these ‘successes’ have in common? They are – in practice – all data-driven, managerialist defeats – Great Re-set debacles – yet to point this out risks ‘an agony with every footstep’, as the mob throngs to jeer.

Why? As one commentator who served in the White House under both Bush and Obama reflected: ‘The ‘system’ is incapable of questioning its basic assumptions. It stands as a euphemism for the habits and institutions of a managerial technocracy class, which has exhibited an almost limitless collective capacity for deflecting the costs of its failures. They believe in informational and management solutions to existential problems. They elevate data points and sta­tistical indices, to avoid choosing prudent goals and organizing sound strategies to achieve them. They believe in their own provi­dential destiny and that of people like them – to rule regardless of their failures.

They don’t care for criticism. They want praise and acquiescence. They elevate their functional technical actions (such as mass vaccination) into moral signifiers: i.e. the un-vaxxed to be condemned as morally reprehensible luddites.

Not surprisingly then, they are choosing not to notice the ‘other revolution’. No, not the Taliban’s lightening sweep across Afghanistan, but the ‘Common Prosperity’ Revolution in China, sweeping away the dogma of tech managerialism, and its presumed boon to the common weal.

The scale of Xi Jinping’s social revolution intensifies every day, Tom Fawdy writes. And, like the Taliban’s sweep through Afghanistan, nothing seems to be safe from its reach. It amounts to a declaration of war on “disorderly capital” i.e. on the western oligarchic business model.

In addition to the dramatic reorganisation of after-school tutoring (making it not-for-profit), the mauling of big tech; internet platforms; fintech; ride-hailing – and the drive against ‘excessive’ income and celebrity culture, the Chinese state has turned its sights onto what it perceives to be excessive gaming amongst young people.

In branding it ‘opium’, China metaphorically touches on a neuralgic, historical memory: It allegorically implies that today China is locked in a new ‘opium war’ against the West – with a series of countries (including the EU) wanting to impose their cultural and strategic preferences on China – just as the British sought to do in the 19th Century, with its exports of the drug from the Indian subcontinent.

But this time, Beijing has resolved that this kind of subjugation (opium or gaming addiction) will never be allowed to happen again. Xi doesn’t want a society of gamers, he wants a society of engineers, scientists, doctors, and innovators; the sort of people who can ensure that Beijing wins the technological race, and gains the upper hand in the struggle with America. In so doing, he is mobilising the strongest principles of collectivism versus the individualistic nature of western societies, where kids pretty much do what they want. This is a new era of socialist reform, one that is highly ambitious, and unequivocally radical. A fascinating experiment.

Predictably enough, the West is focussed more on the ferocious property squeeze underway in China. Outright contraction of the sector – it is being said on Wall Street – might occur, even before the end of the year. Indeed, Xi Jinping is deliberately breaking the back of the world’s biggest financial bubble (and it is huge). This crunch comes at a delicate juncture for the West, just as Covid stimulus fades, and emergency support is yanked away. There is a fear that it might precipitate cascades within fragile western economies. It might. But in any event, Xi’s initiative will likely serve purpose in Washington’s scarlet letter ‘blame game’.

The point here however, is that Xi deliberately is designating clear national goals – and formulating strategies to achieve them – through explicitly eschewing westernised informational and technical managerialist (non)-solutions. He is challenging the key tenet of the managerialist paradigm.

If the acute phase of the delegitimization of the managerial class was only ‘just beginning’ in the era of Brexit and Trump, now, with Afghanistan and Xi’s declaration of ‘war’ on disorderly capital, it is indeed “impossible to miss”.

If its’ import was not already clear, its’ revolutionary ethos was made explicit this week in a WeChat blog known as the “Li Guangman Ice Point Commentary”. The author’s diatribe was reprinted across Chinese state-run media with the clear blessing of the authorities.

“Everyone can feel that a profound change is taking place,” he stated, proclaiming an end to China’s love affair with western culture, and a “return to the essence of socialism”.

It was framed as a fight to the death with the West.