HOME / WORLD / Seismic Shift: Done in Days, But Years in the Making 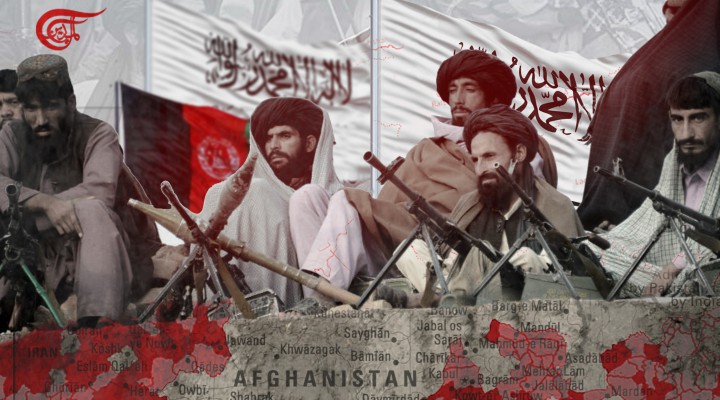 Western intelligence agencies were so consumed with ‘counter-terrorism’ that they failed to see the new dynamics at play.

A huge geopolitical event has just occurred in Afghanistan: The implosion of a key western strategy for managing what Mackinder, in the 19th century, called the Asian heartland. That it was accomplished, without fighting, and in a few days, is almost unprecedented. It has been a shock. The images from Kabul airport of escaping Afghans desperately clinging to the undercarriage of giant US transport planes is set become the iconic image – on a par with that of the crying naked girl escaping Napalm in Vietnam – of the rout, this time, of America’s Central Asian paradigm.

The fury at Biden – the sense of strategic apocalypse amongst Washington’s ‘hawks’ – is best encapsulated in this agonised cry from AEI’s Michael Rubin:

He says plainly what Afghanistan was always about: disrupting Central Asia to weaken Russia and China. Rubin at least spares us the hypocrisy about safeguarding girls’ education. He concludes: “Rather than enhance America’s position against China however, Biden has hemorrhaged it”.

Many in America and Europe are deeply angry at Biden, and are bemused too, at how this could have occurred. The explanation, however, may be even more disturbing when they come to analyse it further. The writing had long been in blood on the wall for Afghanistan — there is a limit to how long corrupt elite, severed from its roots in its own people, can be sustained by a waning alien culture impulse.

But the deeper story is one of not just the transformation of the Taliban, but of a seismic shift in geopolitics. Western intelligence agencies were so consumed with ‘counter-terrorism’ that they failed to see the new dynamics at play. Certainly, that might explain the Biden administration’s assessment of how long it would be before the Ghani regime would likely fall.

The Taliban we see today is a far more complex, multi-ethnic, and sophisticated coalition, which is why they have been able, at such breath-taking speed, to topple the western-installed Afghanistan government. They talk about Afghan political inclusion – and look to Iran, Russia, China and Pakistan for mediation, and to facilitate their place in the ‘Great Game’. They aspire to play a regional role as a pluralist Sunni Islamist government. This is why they have given explicit assurances to these key external partners that their rise to power will bring neither a bloodbath of score-settling, nor civil war. They also promise that different religious sects will be respected, and girls and women can and will be educated.

This sweep to power, however, has been years in the making, with key outside actors playing a crucial part in overseeing this metamorphosis.  More concretely, as consensus with the Taliban on the future was reached, these external powers – China, Iran, Russia and Pakistan – have brought their Afghan allies (i.e. other Afghan minorities, who are almost as numerous) to the negotiating table with the Taliban. The latter’s links with China go back several years. Iran too has been engaged with the Taliban and other Afghan components, in a similar vein, for at least two decades. Russia and Pakistan engaged jointly, in December 2016.

As a result of this concerted outreach, the Taliban leadership adjusted to the realpolitik of central Asia: They see that the SCO represents the coming regional strategic paradigm, which can enable them to come out of their isolation as political ‘untouchables’ and pave a path for them to govern and rebuild Afghanistan, with economic assistance from SCO-member states.

Thus, not only have the US and NATO been forced to exit from the ‘crossroads of Asia’ in desperate disarray, but these developments set the stage for a major evolution of Russia and China’s economic and trade regional corridor plans. They also transform the security of central Asia with respect to Chinese and Russian vulnerabilities there. (The US, so far, has been denied an alternative military base in Central Asia, relocating its forces instead to Jordan).

Other components to this jigsaw of strategic paradigm change have become evident too: Iran’s new Administration has re-positioned strategically towards prioritising relations with other Islamic states, Russia and China – and by declining the draft Vienna agreement for a re-launch of JCPOA. China and Russia closed the airspace over northern Afghanistan last week (coinciding with the Taliban sweep to power) for joint military exercises — and for the first time, they exercised under joint military control. Pakistan re-positioned too, by declining to host any US military presence.  And then … Iran was invited formally to join the SCO (which ultimately would imply Iran joining the Eurasian Economic Union (EAEU), thus giving Iran a fresh economic and trade horizon — absent the lifting of the US siege of its economy.

It is a clean sweep of strategic paradigm change.

0 thoughts on “Seismic Shift: Done in Days, But Years in the Making”