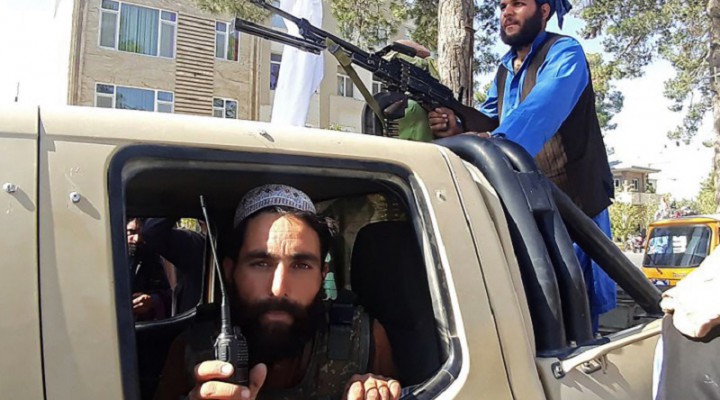 There still remain several variables that could continue to destabilize the country in the coming future.

The Taliban’s lightning-fast takeover of Afghanistan ended the most important phase of the country’s civil war but hasn’t yet concluded that conflict completely. There still remain several variables that could continue to destabilize the country in the coming future. These are:

1. The US & NATO Extending Their Withdrawal Beyond The September 11th Deadline

Western leaders are under pressure from their people not to fully withdraw from Afghanistan until all of their citizens and ideally also their local allies are safely evacuated, but extending the deadline beyond September 11th would risk provoking Taliban attacks.

2. The US & NATO Bombing The Taliban’s Seized Military Equipment

The withdrawing forces are very concerned about the Taliban’s seizure of Western military equipment including warplanes and tanks, and there are already some efforts being made within some of their countries to encourage their leaderships to bomb those assets after they withdraw from Afghanistan.

3. The “Panjshir Resistance” Continuing To Militarily Oppose The Taliban

Although its prospects of long-term success are practically nil, the so-called “Panjshir Resistance‘s” continued military opposition to the Taliban could possibly provoke a disproportionate response from the group that could in turn be exploited by some members of the international community to delegitimize their rule.

Whether inspired by the “Panjshir Resistance” or whatever else, some other armed ethno-religious minorities elsewhere in the country might also eventually end up resisting the Taliban with time, which could perpetuate the civil war as well as worsen average Afghans’ suffering.

The Taliban’s failure to respect minorities’ and women’s rights could provoke urban unrest among the people who re already distrustful of that group, as could deteriorating economic conditions brought about by the West’s attempts to isolate the Taliban in the event that they don’t eventually recognize its rule.

These five conflict variables can potentially be counteracted in the following ways:

1. Put International Pressure On The US & NATO To Withdraw By Their Deadline

The Taliban’s international partners like Russia and China (both of which still designate it as a terrorist group despite having pragmatic political and security relations with it) should make it clear that extending their withdrawal deadline will risk provoking another round of war and worsening the regional security situation.

Russia and China should also inform the international community of the Taliban’s genuine anti-terrorist credentials as the most formidable force against ISIS-K, which means that they require their seized Western military equipment in order to ensure regional stability and thus prevent another refugee crisis as well.

Russia and China should consider putting their diplomatic skills to use in mediating a political solution to this pressing issue in spite of Moscow’s earlier clarification that it doesn’t have any intent to do so since the “Panjshir Resistance’s” military defeat by the Taliban might delegitimize the latter’s rule.

The Taliban must prioritize incorporating regional militias into the country’s new security structure together with resolutely rooting out the corruption that doomed its predecessor’s forces and eliminating the tendency towards warlordism in order to preempt the possibility of ethno-religious revolts.

The Taliban must absolutely abide by its promise to respect minorities’ and women’s rights to ensure social stability while courting foreign investment from its regional partners in order to sustainably improve the economic situation by positioning Afghanistan as the crossroads of multipolar connectivity processes.

Opposing US Sanctions As A Response To Taliban Taking Over Afghanistan

One thought on “The Top 5 Conflict Variables In Afghanistan”