HOME / WORLD / Is the Middle East Beginning a Self-Correction? 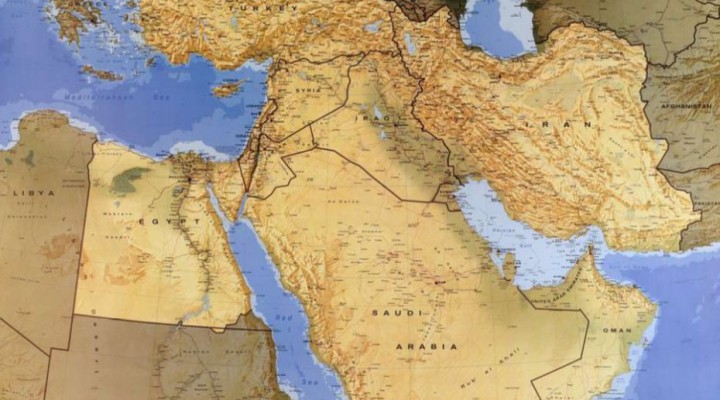 What is driving the sudden focus on ‘the flawed system’ in Lebanon is simply hard reality, Alastair Crooke writes.

Mousa made some unexpected points, beyond warning of major change ahead (“the thing now is that the simple Arab man follows everything” – all the events). And in reference to the protests in Iraq, Moussa says that Iraq is in “a preparatory stage for them to choose their way as Iraqis — emphasizing that “the discord between Sunni and Shia is about to fade away.”

The present regional turbulence, he suggests, is [essentially] a reaction to the US playing the sectarian card – manipulating “the issues of sect and religion, et cetera, was not only a dangerous, but a sinister kind of policy”. He added however, “I don’t say that it will happen tomorrow, but [the discord between Sunnis and the Shi’a fading away], will certainly happen in the foreseeable future, which will reflect on Lebanon too.”

What we are witnessing in Iraq and Lebanon, he adds, “are these things correcting themselves. It will take time, but they will correct themselves. Iraq is a big country in the region, no less than Iran, no less than Turkey. Iraq is a country to reckon with. I don’t know whether this was the reason why it had to be destroyed. Could be. But there are forces in Iraq that are being rebuilt … Iraq will come back. And this phase – what we see today, perhaps this is the — what can I say? A preparatory stage?”

Of course, these comments – coming from a leading Establishment Sunni figure – will appear stunningly counter-intuitive to those living outside the region, where the MSM narrative – from Colombia to Gulf States – is that the current protests are sectarian, and directed predominantly at Hizbullah and Iran. Certainly there is a thread of iconoclasm to this global ‘Age of Anger’, targeting all leaderships, everywhere. In these tempestuous times, of course, the world reads into events what it hopes and expects to see. Moussa calls such sectarian ‘framing’ both dangerous and “sinister”.

But look rather, at the core issue on which practically all Lebanese demonstrators concur: It is that the cast-iron sectarian ‘cage’ (decreed initially by France, and subsequently ‘corrected’ by Saudi Arabia at Taif, to shift economic power into the hands of the Sunnis), is the root cause to the institutionalised, semi-hereditary corruption and mal-governance that has infected Lebanon.

Is this not precisely articulated in the demand for a ‘technocratic government’ – that is to say in the demand for the ousting of all these hereditary sectarian Zaim in a non-sectarian articulation of national interests. Of course, being Lebanon, one tribe will always be keener for one, rather than another, sectarian leader to be cast as villain to the piece. The reality is, however, that technocratic government exactly is a break from Taif – even if the next PM is nominally Sunni (but yet not partisan Sunni)?

And just for clarity’s sake: An end to the compartmentalised sectarian constitution is in Hizbullah’s interest. The Shi’i – the largest minority in Lebanon – were always given the smallest slice of the national cake, under the sectarian divide.

What is driving this sudden focus on ‘the flawed system’ in Lebanon – more plausibly – is simply, hard reality. Most Lebanese understand that they no longer possess a functional economy. Its erstwhile ‘business model’ is bust.

Lebanon used to have real exports – agricultural produce exported to Syria and Iraq, but that avenue was closed by the war in Syria. Lebanon’s (legal) exports today effectively are ‘zilch’, but it imports hugely (thanks to having an artificially high Lebanese pound). All this – i.e. the resulting trade, and government budget deficit – used to be balanced out by the large inward flow of dollars.

Inward remittances from the 8 – 9 million Lebanese living overseas was one key part – and dollar deposits arriving in Lebanon’s once ‘safe-haven’ banking system was the other. But that ‘business model’ effectively is bust. The remittances have been fading for years, and the Banking system has the US Treasury crawling all over it (looking for sanctionable Hizbullah accounts).

Which brings us back to that other key point made by Moussa, namely, that the Iraqi disturbances are, in his view, “a preparatory stage for them to choose their way as Iraqis … and that will reflect on Lebanon too”.

If the ‘model’ – either economically or politically – is systemically bust, then tinkering will not do. A new direction is required.

Look at it this way: Sayyed Nasrallah has noted in recent days that other alternatives for Lebanon to a US alignment are possible, but have not yet consolidated into a definitive alternative. That option, in essence, is to ‘look East’: to Russia and China.

It makes sense: At one level, an arrangement with Moscow might untie a number of ‘knots’: It could lead to a re-opening of trade, through Syria, into Iraq for Lebanon’s agricultural produce; it could lead to a return of Syrian refugees out from Lebanon, back to their homes; China could shoulder the Economic Development plan, at a fraction of its projected $20 billion cost – and, above all it could avoid the ‘poison pill’ of a wholesale privatisation of Lebanese state assets on which the French are insisting. In the longer term, Lebanon could participate in the trade and ‘energy corridor’ plans that Russia and China have in mind for the norther tier of the Middle East and Turkey. At least, this alternative seems to offer a real ‘vision’ for the future. Of course, America is threatening Lebanon with horrible consequences – for even thinking of ‘looking East’.

On the other hand, at a donors’ conference at Paris in April, donors pledged to give Lebanon $11bn in loans and grants – but only if it implements certain ‘reforms’. The conditions include a commitment to direct $7 bn towards privatising government assets and state property – as well as austerity measures such as raising taxes, cutting public sector wages and reducing social services.

Great! But how will this correct Lebanon’s broken ‘business model’? Answer: It would not. Devaluation of the Lebanese pound (almost inevitable, and implying big price rises) and further austerity will not either make Lebanon again a financial safe-haven, nor boost income from remittances. It is the classic misery recipe, and one which leaves Lebanon in the hands of external creditors.

Paris has taken on the role of advancing this austerity agenda by emphasising that only a cabinet acceptable to the creditors will do, to release crucial funds. It seems that France believes that it is sufficient to introduce reforms, impose the rule of law and build the institutions – in order to Gulliverise Hizbullah. This premise of US or Israeli acquiescence to this Gulliverisation plan – seems questionable.

The issue for Aoun must be the potential costs that the US might impose – extending even to the possible exclusion Lebanese banks from the dollar clearing system (i.e. the infamous US Treasury neutron bomb). Washington is intent more on pushing Lebanon to the financial brink, as hostage to its (i.e. Israel’s) demand that Hizbullah be disarmed, and its missiles destroyed. It might misjudge, however, and send Lebanon over the brink into the abyss.

But President Aoun, or any new government, cannot disarm Hizbullah. But Israel’s newly ambiguous strategic situation (post – Abqaiq), will likely hike the pressures on Lebanon to act against Hizbullah, through one means or another. Were Aoun or his government to try to mitigate the US pressures through acquiescence to the ‘reform’ package, would that be the end to it? Where would it all end, for Lebanon?

And it is a similar conundrum in Iraq: The economic situation though, is quite different. Iraq has one-fifth of the population of neighbouring Iran, but five times the daily oil sales. Yet the infrastructure of its cities, following the two wars, is still a picture of ruination and poverty. The wealth of Iraq is stolen, and sits in bank accounts abroad. In Iraq, it is primarily the political model that is bust, and needs to be re-cast.

Is this Moussa’s point – that Iraq presently is in the preparatory stage of choosing a new path ahead? He describes it as a self-correcting process leading out from the fissures of sectarianism. Conventional Washington thinking however, is that Iran seeks only a Shi’i hegemony for Iraq. But that is a misreading: Iran’s policy is much more nuanced. It is not some sectarian hegemony that is its objective, but the more limited aim to have the strategic edge across the region – in an amorphous, ambiguous, and not easily defined way – so that a fully sovereign Iraq becomes able to push-back against Israel and the US – deniably, and well short of all-out war.

This is the point: the end to sectarianism is an Iranian interest, and not sectarian hegemony.

0 thoughts on “Is the Middle East Beginning a Self-Correction?”