HOME / WORLD / Lebanon and the threat of renewed strife 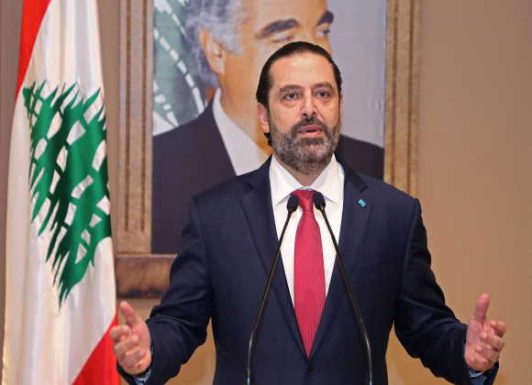 Was Hariri’s resignation dictated by the US and Saudi Arabia?

Opinion in Lebanon and the Arab world is divided over the resignation of Lebanese Prime Minister Saad al-Hariri’s government 13 days after the outbreak of mass popular protests. Some viewed it as a dereliction of responsibility that offers no solution to the crisis but deepens it. Others cast as a courageous response to the protestors’ demands aimed at preventing a slide into civil war amid rising sectarian tensions.

Hariri, who refused to step down in the days after the protests began, declared on Tuesday that his efforts had reached a dead end and his resignation had become unavoidable. But President Michel Aoun, who was shocked by the move, bided his time and declined to either accept or reject the resignation, presumably pending consultations with his political allies including Hezbollah, the Amal movement and other groups.

In his speech last week, Hezbollah leader Hassan Nasrallah spoke out against the government resigning and reiterated his support for the Aoun presidency, warning of a political vacuum that could lead to civil war. His fears are beginning to be realised, with some political/sectarian groups attempting to hijack the protests in parts of the country, protestors being attacked by thugs allegedly belonging to Amal and Hezbollah’s sectarian support base, and now the government gone.

Hariri’s resignation places Lebanon on the mouth of a volcano. There are many forces at play, both local and foreign, that care nothing for the country’s stability and security and whose sole aim is to target Hezbollah due to the challenge it poses to Israeli and American schemes in the Middle East and its effective military and political role in a variety of regional conflicts.
We do not know whether Hariri resigned purely out of personal conviction or due to external pressure, specifically from the US and its Gulf allies. He resisted such pressure in the past. Two years ago, after the Saudis detained him and forced him to announce his resignation, he went on to reverse the decision. He refused to be drawn into a political or military confrontation with Hezbollah, even when the Saudis threatened to replace him with another figure, such as his brother Bahaa al-Hariri, former security chief Ashraf Rifi or ex-premier Fouad Siniora. These and others are now eyeing the post again.
The protestors, having achieved what they see as an important victory, are unlikely to react by clearing the streets and going home. They have a long list of other legitimate demands to be met: ending the sectarian political system, changing the electoral law, combating corruption, putting the corrupt on trial, reclaiming stolen public funds and reforming the judiciary.

There are three main scenarios for dealing with the impending crisis over forming a new cabinet and the vacuum in executive authority that could ensue.

One option is for Hariri to be reappointed and to form a new cabinet excluding some of the current ministers most widely accused of corruption, such as Foreign Minister Jibran Basseel (Aoun’s son-in-law) and Finance Minister Hassan Khalil (close aide of Amal leader and parliament speaker Nabih Berri), while replacing the governor of the Central Bank and other senior officials.

Alternatively, a smaller government of technocrats and experts could be formed – either under Hariri or someone else — composed of people of proven integrity with clean political records, whose task would be to tackle the country’s severe economic crisis and prevent a financial and economic meltdown.

A third possibility is to form a majority government composed of Aoun’s Free Patriotic Movement and its allies – Hezbollah, Amal and some Sunni and other groups – led by a Sunni figure acceptable to them all, which could command a majority in parliament. Some hardliners in this camp see this as the best way of foiling what they see as the ‘conspiracy’ being hatched against the country. Others view it as a trap, a move that would enable the US and its allies to extend their anti-Hezbollah campaign to the Lebanese government and state and target them with sanctions and other measures.

Lebanon’s rulers have failed. The current national coalition government based on sectarian pie-sharing has led the country to bankruptcy and ruin. Religious and sectarian feudalism has become further entrenched, spawning crisis after crisis, and increasingly linked to external powers that want no good for the country.

The popular uprising that erupted two weeks ago was unprecedented. It was spontaneous and embodied inter-communal harmony and a unifying shared national identity. It correctly identified the root causes of most, if not all, the country’s successive crises: corruption, sectarianism and political feudalism. It may wax and wane but is unlikely to halt until its demands are met. The Lebanese people have the capacity to rise to the challenge of bringing about fundamental change and overcoming corruption and sectarianism. But when divisions deepen and in-fighting begins, it can be vicious and unrelenting, as the 15-year civil war demonstrated. That must serve as a warning now.

It could recur if the powers that seek to detonate Lebanon from within to achieve the goals – eliminating Hezbollah and disarming the resistance – that eluded them by the military and other means get their way. The outcome would be a military confrontation and a civil war that nobody wants because all political and sectarian factions know they would all emerge as losers.
These powers and their local proxies have been trying systematically to infiltrate the protests and manipulate them in order to incite strife. The protest movement must beware of them. But if the cloud of resurgent sectarian conflict that hangs over Lebanon is to be lifted, it is also imperative for the people’s legitimate demands to be heeded.

0 thoughts on “Lebanon and the threat of renewed strife”