HOME / WORLD / Enemies Within and the Discomfort of Truth 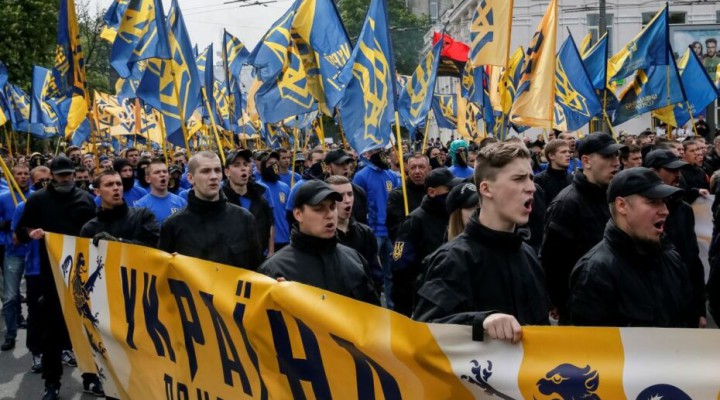 Is Europe’s ‘totalitarianism’ of today of a more refined type – not so-violent, and therefore deserving of a ‘pass’?

Remember Jamal Khashoggi? I knew him a little, meeting quite a few times over the years. Clearly he was no regime ‘hack’. He had his differences with the Saudi leadership, but he was essentially a Saudi patriot of demonstrable integrity.

In one of his articles published in July 2014, Khashoggi had an experience which shocked him to the core: “At the beginning of Ramadan, I took my family to a Turkish coffee shop in Jeddah following evening prayers. It was a usual Ramadan evening. We exchanged conversation, consumed a lot of calories and Turkish tea”.

The next day, he wrote that he received the following tweet: “I saw you yesterday in (…) the restaurant. “State supporters are everywhere: Be careful!” [State supporters here, refers to the Islamic State (ISIS), not to the Saudi state]. Khashoggi deliberated: “Was this then, a threat, or advice? Or does the person want to tell me: ‘We’re here?’” I checked out the [Twitter] account and realized he’s … no joker – but a committed [ISIS] working member”.

“I tried to remember”, he wrote, “whether I saw him at the coffee shop … to the left of our table was the families’ section, and I don’t recall anyone who had ISIS characteristics. To the right side, there was the section of single men. There were ordinary youths enthusiastically talking about the World Cup. Of course, there wasn’t a masked man wearing black. What’s certain is that [he] was there. He was one of us”.

This was Khashoggi’s point: “He was one of us”.

Well, this week Russia’s top diplomat issued a ‘tweet’ in a rather similar genre. He warned all those liberal politicians sipping tea with Zelensky in Kiev: ‘Beware, neo-Nazis are everywhere around you. Be careful’. “Regrettably, President Zelensky says that he cannot be a Nazi because he is of Jewish origin, [yet] he personally patronizes the tendencies”, Lavrov said.

Of course, Lavrov’s tweet created uproar within European élite liberal (and Israeli) circles. How could Lavrov – known for his extreme care with words – suggest such a thing?

A former senior NATO intelligence officer, Jacques Baud, noted recently that after the Maidan revolution, the emerging force in the Ukrainian political landscape was the far-right movement:

“I do not like to call it “neo-Nazi” because “Nazism” was a clearly defined political doctrine, while in Ukraine, we are talking about a variety of movements that combine all the features of Nazism (such as antisemitism, extreme nationalism, violence, etc.), without being unified into a single doctrine. They are more like a gathering of fanatics”.

In 2010, Azov’s founding member Andriy Biletsky, stated that “the historic mission of our nation” was to lead the “white races of the world in a final crusade for their survival […] a crusade against the Semite-led Untermenschen“. Azov soldiers wear fascist or Nazi-associated symbols on their uniforms, including swastikas and SS symbols. Biletsky supporters call him “Bely Vozhd” – White Ruler.

Michael Colborne, who wrote a book about the Azov, says that he “wouldn’t call Azov explicitly a neo-Nazi movement. There are clearly neo-Nazis within its ranks. There are elements in it who are, you know, neo-fascist and there are elements who are maybe more kind of old-school Ukrainian nationalist”. But “at its core”, Colborne writes, “it’s hostile to liberal democracy. It’s hostile to every everything that comes with liberal democracy, minority rights, voting rights, things like that”.

The insight that shook Khashoggi that evening in Jeddah was that the ISIS members didn’t in any way stand out; the tweeter was ‘one of us’ – he emerged out of us.

That is not to say that Saudi society created this ‘demon within’ alone. Between 1917–1918, St John Philby (a British official), had urged Ibn Saud to weaponise Wahhabi fundamentalism in order to seize control of the Arab Peninsula (through terror). Later, radical Wahhabism was further weaponised by the West, for service in Afghanistan and Syria, and evolved ultimately into ISIS.

Khashoggi’s latter introspection is centred on the degree by which Saudi Arabia as a society, whilst responsible for birthing the key doctrines on which ISIS was founded, nonetheless allowed ISIS somehow to have become ‘us’.

Ostensibly, we might puzzle too, why the U.S., Canada and European countries have been training ideologues “hostile to everything that comes with liberal democracy, minority rights, voting rights, things like that”, as does the Azov ideology. It is paradoxical – to say the very least – that the EU should adopt the arming and training of ‘fanatics’ as a heroic resistance.

“Fascist or neo-Nazi revivalism is underway today in many countries, from Europe to the United States, but the Ukrainian version is of special importance and a particular danger. A large, growing, well-armed fascist movement has reappeared in a large European country that is the political epicenter of the new Cold War between the United States and Russia—indeed a movement that not so much denies the Holocaust as glorifies it. Could such forces come to power in Kiev? …”.

The unaffected, emotionally-charged hysteria across Europe for these new ‘resistance heroes’ – albeit combining ‘all features of Nazism’ – poses the awkward question: Are they now ‘one of us’ too?

Recalling Khashoggi’s insight, the answer may not be so surprising. Are the Europeans touching, and unconsciously feeding from some deep vein within European history? For many Russians observing the West today, the answer would be a resounding ‘yes’.

This has a parallel, many centuries ago. Carolingian Franks who seized Rome and the papacy, first practiced extreme cancel culture (including of Orthodoxy), and the merciless suppression of all, and any, dissent (i.e. what happened to the Cathars). Yet Charlemagne’s inheritance is everywhere lauded in Brussels without reservation.

Today, the structurally rigidity of western thinking is that conservatives – of all ilk (from middle-of-the road conservatives, to the alt-right, and ultimately to ‘fascists’) coexist on a single ideological continuum – meaning they are all one of a kind, separated merely by one of degree. The Left, however, supposedly has no involvement in the rightward continuum at all.

The essential point here is that this ‘ideological continuum of a Rightward’ structure goes unquestioned in general consensus. Indeed, the logic of labelling anyone conservative as ‘Far-Right’, and therefore politically ‘untouchable’, depends on it. And it often works. We saw that particular structural rigidity in the recent French Presidential election – to bring a widely unpopular candidate, Macron, back into power.

But what if the basic underlying assumption isn’t valid? What if so-called fascism, as an ideology and method of practising politics, cannot be placed in a pre-assigned location on the political spectrum? What if it is as present on the Left, as on the Right?

No one, not even Hannah Arendt, managed to define fascism – yet in spite of much confusion and “wildly divergent interpretations”, Jonah Goldberg writes in Liberal Fascism, that nonetheless many modern liberals and leftists act as if they know exactly what fascism is. What’s more, they are shocked to find it everywhere (Russia, China, Iran, etc.) – except however, when they look into the mirror.

Arendt’s key contribution was in recognizing the essential commonality between Naziism and Communism: which is to say, the link lay in their shared totalitarianism. “Totalitarianism differs essentially from other forms of political oppression”, she wrote. “Wherever it rose to power, it destroyed all social, legal, and political traditions of the country”. Arendt’s analysis obliterates the standard Left-Right structure, or at least renders it moot.

What might this mean? Does it matter if such a category for Liberal Fascism is added to the Left wing of the political spectrum? Well, it does – powerfully so. Big Tech’s increasing censorship of ‘conservative’ and right-wing speech hinges on this false continuum stretching from ‘conservative’ to Far-Right (from which the Left conveniently is excluded).

Should we perhaps conclude that Europe’s ‘totalitarianism’ of today is of a more refined type – not so-violent, and therefore deserving of a ‘pass’?

Be that as it may, this has implications. Which brings us back to Jeddah. In a New York Times article in 2015, the Algerian novelist, Kamel Daoud, penned a provocative sub-title: Black ISIS: White ISIS.

“The former slits throats, kills, stones, cuts off hands, destroys humanity’s common heritage and despises archaeology, women and non-Muslims. The latter is better dressed, and neater. But does the same things. In its struggle against terrorism, the West wages war on one, but shakes its hands with the other”.

Shaking their ‘clear conscience’ hands with White ISIS or White fascism doesn’t matter. It can all be ‘normalised’ through casting war as a Manichaean struggle of ‘good liberalism’ against evil.

But step-back a second: Why are eastern Ukrainians waving the Red Flag rather than Russian flags as Russian troops pass-by? It is not because they support communism, nor because they want the Soviet Empire back. They fly it as the flag under which their fathers and grand-fathers fought to defeat Nazi Germany.

They now perceive things in the same vein as Daoud. The neatly-dressed EU men and women in power-suits are shaking hands with ‘White Azov’, waging the continuation of a war that stretches back to Napoleon’s invasion of Russia. If this is so, look for no compromise. Russians well understand. For them it is existential.

2 thoughts on “Enemies Within and the Discomfort of Truth”