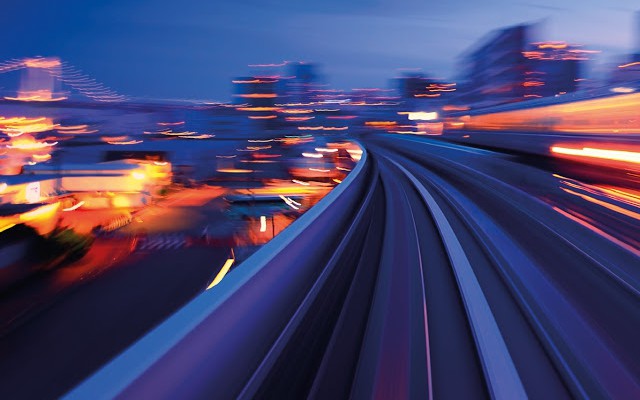 Judging by US foreign policy – China is a massive global threat – and by some accounts – the “top” threat. But a threat to what?

AFP would report in its article, “Trump nominee to lead intel community sees China as top threat,” that:

President Donald Trump’s pick to lead the US intelligence community said Tuesday that he would focus on China as the country’s greatest threat, saying Beijing was determined to supplant the United States’ superpower position.

Were China doing this by using news agencies like AFP to lie to the public to justify invading Middle Eastern nations, killing tens of thousands of innocent people, installing client regimes worldwide, and using its growing power to coerce and control nations economically and politically when not outright militarily – US President Donald Trump’s “pick” – John Ratcliffe – might be justified in focusing on China and its “determination” to “supplant the United States’ superpower position.”

However, this is not what China is doing.

China Building Rather than Bombing

China is – instead – using economic progress to rise upon the global stage. It makes things. It builds things. It creates infrastructure to bring these things to others around the globe who need or want them, and enables other nations to make, build, and send things to China.

One example is China’s One Belt, One Road initiative (OBOR) also referred to as the Belt and Road Initiative (BRI). This includes a series of railways, highways, ports, and other infrastructure projects to help improve the logistical connections between nations, accelerating economic development.

Only in the US could the notion of building railways connecting people within and between nations seem like a dangerous idea.

By building such networks, people are better empowered to trade what they are making and what they seek to buy and sell. China, which possesses the largest high-speed railway network on Earth carrying 2 billion passengers a year, is extending this network beyond its borders – deep into Southeast Asia and even across Eurasia via Russia and beyond. Alongside it are a raft of other projects ranging from ports to power plants, and more.

The political and economic power China is gaining by expanding real economic activity both within its borders and beyond them, and both for China itself as well as for its trading partners – represents a global pivot away from America’s century-long unipolar global order and closer toward a now emerging multipolar world order.

The US with a population of over 300 million and some of the best industrial potential in the world could easily pivot with this sea change – but entrenched special interests refuse to do so. Paying into a genuinely pragmatic method of generating wealth and stability exposes Washington and Wall Street’s various rackets, making them no longer tenable. So instead, US special interests are labeling China’s One Belt, One Road initiative a global threat and China itself as one of America’s chief adversaries.

To combat this adversary – the US is not building bigger and better global networks to facilitate economic progress – but is instead marshalling the summation of its “soft power” to hinder and sabotage it. It has ringed China with a series of sociopolitical conflicts, cultivating opposition groups in various nations aimed at destabilizing them and spoiling them as constructive economic and infrastructure partners for Beijing.

The US is leveraging its still massive media monopolies to portray these political conflicts as otherwise inexplicable opposition to closer ties with China and against infrastructure projects jointly developed with China.

In some nations  – like Cambodia – this has all but failed with swift and definitive action taken by the Cambodian government against US proxies to clear them from Cambodia’s media, political, and public space. In nations like Thailand, the opposition has been left to linger – neutralized at the moment but ever threatening to overturn sociopolitical stability if given the opportunity.

Nations like Japan, South Korea, and even Australia – who are generally perceived as being staunch US allies – have even begun slowly but surely shifting their foreign policy to benefit from the economic rise of China.

Australia – for example – has even been recently threatened by the US after the state of Victoria signed a trade deal with China.

An ABC article titled, “US threatens Australia’s intelligence ties over Victoria’s ‘Belt and Road’ pact with China,” would report:

The US Secretary of State has said his nation could “simply disconnect” from Australia if Victoria’s trade deal with Beijing affects US telecommunications.

Mike Pompeo said while he was unaware of the detail of Victoria’s agreement, he warned it could impact the Five Eyes intelligence-sharing partnership with Australia.

Of course, the “Five Eyes” intelligence-sharing partnership is an abusive combine of invasive surveillance used to enhance the power and profits of the special interests that created it – not to actually protect the people living in any of the “Five Eyes” partner nations.

While US Secretary of State Mike Pompeo hints at possible security risks associated with doing business with China and its telecom giant Huawei – “Five Eyes” governments have regularly been exposed and confirmed to be partnering with Western tech giants to violate privacy and spy on innocent people.

It is just one example of how the US seeks to shape the world and bend nations into joining or doubling down on its abusive axis and steering them away from constructive partnerships.

Australia’s economic trade is mainly done within Asia – not with the West. As China continues to rise, common sense will compel Australia to continue building better and more constructive ties with Beijing and divesting from otherwise costly and unconstructive alliances with nations like the US built on military intervention, spying, and political subversion.

The US finds itself pushing the geopolitical rope of hegemony up hill – offering up unconvincing criticisms of China and its foreign policy while offering no viable alternative.

Delusion is the Worst Defense

Op-eds like Foreign Policy’s “One Belt, One Road, One Big Mistake,” help illustrate the West’s thinking regarding China’s rise and its OBOR project.

This might not matter if BRI projects were driving favorable political outcomes. They aren’t. Prolonged exposure to the BRI process has driven opposition to Chinese investment and geopolitical influence across the region.

FP can make this claim because it entirely omits any mention of the vast sums of money and effort the US has spent to create this opposition. The example FP uses is the Maldives – never mentioning that the pro-Beijing government there was overturned by a convicted criminal literally hiding in Western Europe and fully supported by the US State Department in his bid to return to power.

Far from being a strategic masterstroke, the BRI is a sign of strategic dysfunction. There is no evidence that it has reshaped Asia’s geopolitical realities. The countries that have benefited most from it are those that already had strong geopolitical reasons for aligning themselves with Chinese power, such as Cambodia and Pakistan.

Here again – FP depends on omitting facts including the fact that many nations previously bent to US foreign policy are exiting out from under it via China’s One Belt, One Road.

Thailand is a perfect example of this – having recently replaced much of its US military hardware with Chinese alternatives including tanks, armored personnel carriers, ships, and even submarines. Thailand is also in the process of building a joint high-speed railway with China that will connect it to China via Laos to the north and with Malaysia to the south.

It’s not that the Western media doesn’t know this – they choose simply to ignore this reality and shield its readership from it – a bit of delusion in hopes its soft-power methods can continue gaining them victories and reversing China’s gains faster than China can make and cement them.

As to what the US is doing to counter OBOR, Foreign Policy and many others populating the West’s echo chambers feel criticism – however baseless – as well as brushing off the sea change OBOR is slowly creating – is good enough.

Of course it is not. In an international order where might makes right, the US finds itself with diminishing might and a growing inability to convince the world it is “right.” Luckily for the US and much of Western Europe strong-armed into following Washington’s cues, the rest of the world still seeks to constructively work with the West and inevitably will do so.

It will just be a matter of weathering the damage being done by the current circle of special interests still dominating Western foreign policy, waiting for them to wane and disappear from positions of power and authority and be replaced by leadership willing and able to move the West into a constructive role amid a multipolar world.

Either way, OBOR will connect the rest of the world together leaving the West just beyond its terminus. It will be up to Western leaders – particularly in Washington – whether or not they choose to benefit from the wealth left just beyond their doorstep or not.