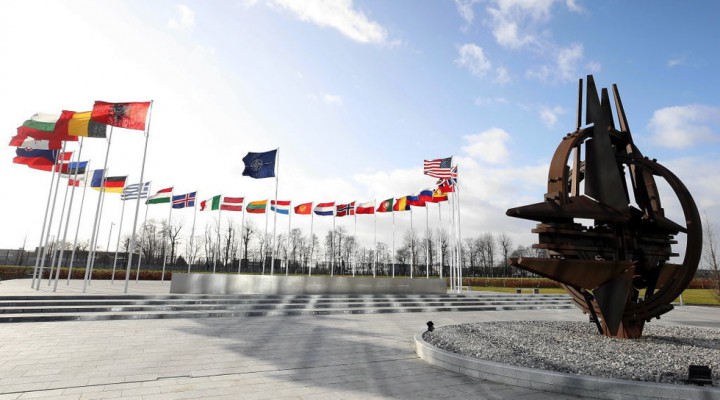 As the influence of the US and Europe wanes in the face of a new geopolitical reality, their Cold War progeny, NATO, seeks to redefine itself as a global player. The problem is NATO is not capable of even stepping onto the field.

During a video presentation this week sponsored by the Atlantic Council and the German Marshall Fund of the United States, NATO Secretary General Jens Stoltenberg told an attentive audience that while the alliance “does not see China as the new enemy,” it must be prepared to respond to that country’s growing military and economic strength. He highlighted China’s increased cooperation with Russia as a “security consequence for NATO’s allies.”

Launching his #NATO2030 reflection on strengthening the Alliance in an increasingly competitive world, @JenStoltenberg says "COVID-19 has changed our lives in ways we could barely imagine… and magnified existing trends"—from Russia & ISIL to disinformation & the rise of China. pic.twitter.com/T4Icupgp10

Stoltenberg was using the kind of language his sponsors understood very well, defending an established post-war order that had been in place since 1945, which NATO had been organized to sustain and defend. For decades, this order had been based upon parameters set by a geopolitical reality defined by North American and European socio-economic interests. The threat existed in the form of Soviet power, and the need to contain the same. Once the Soviet Union collapsed in 1991, the NATO alliance kept playing the same game, replacing the Soviet threat with a new Russian threat.

The world, however, had moved on. In the 1970s and 80s, China emerged from its Maoist isolation, and by the 1990s pulled hundreds of millions of people from poverty-level conditions into Western-style, middle-class lifestyles servicing a domestic economic engine that dictated the pace and scale of the global economy unlike any other. In the past decade, the Chinese government has been implementing a policy of global economic engagement known as the Belt and Road Initiative, or BRI. Through BRI, China has extended its economic tentacles into every third-world market, accessing natural resources while building demand for products produced in China.

In the regions where BRI is active, China makes the rules, building the institutions which set the norms and standards that drive day-to-day life. It does so on the basis of a business model which does not seek to impose Western-style notions of freedom and democracy, and as such poses a grave threat to the interests of those who use “freedom” and “democracy” as code words to quantify the self-interests of NATO and its collective membership.

China has used BRI to expand its influence into South Asia, the Middle East, Africa and, most worrisome to the transatlantic alliance, Europe itself, with BRI relationships already in place in Greece, Portugal and Italy, and more being negotiated with France.

With the expansion of China’s economic reach comes a similar expansion in military power projection. China has built a number of man-made islands in the South China Sea which it has turned into military outposts defending the so-called “nine-line dash,” a contested demarcation line used by China to assert its territorial claims on waters similarly claimed by Vietnam, the Philippines, Malaysia and others.

China’s military build-up is seen as a threat to strategic shipping lanes connecting Northern Asian countries such as Japan, South Korea and Taiwan with the rest of the world. The United States has been working with these nations, as well as other regional allies such as Australia and New Zealand, to challenge China’s position in the South China Sea, resulting in several faceoffs between the Chinese military and the US in that area.

It is this very increase in military tensions that drives Stoltenberg’s Pacific pivot. “Military strength is only part of the answer,” Stoltenberg noted in his presentation. “We also need to use NATO more politically.”

But NATO, despite Stoltenberg’s claims otherwise, is not a political alliance, but rather a military one. Political outreach by the alliance has been for the exclusive purpose of either expanding it through programs such as the “partnership for peace” initiatives begun in 1994, or projecting military presence through the so-called Mediterranean Dialogue (for northern Africa) or the Istanbul Cooperation Initiative (for the Middle East).

Moreover, NATO has seen itself morph from a purely defensive alliance to one which waged an offensive war of aggression against Serbia in the 1990s, nation-building operations in Afghanistan in the post-9/11 era, and a regime change conflict in Libya in 2011. “This is not about a global presence,” Stoltenberg said of his Pacific pivot, “but a global approach.” But a leopard doesn’t change its spots, and the only presence NATO knows is a military one, which begs the question why NATO would be seeking to engage China in the Pacific.

The answer rests in the near-total subordination of NATO to US national security interests. The US military has been caught flat-footed by China in the South China Sea, with no viable military response to China’s regional power projection.

While the US Marine Corps is undergoing major organizational changes in order to better confront the military challenges posed by China, this transformation will take years and requires the support of regional allies which have been burned by the Trump administration in recent years.

Stoltenberg’s Pacific pivot is little more than a false-flag operation seeking to use the NATO banner as an umbrella to draw together regional partners which might otherwise balk at a purely bilateral relationship with an unpredictable US ally.

Even here, however, the fragility and political instability of the NATO alliance has undermined Stoltenberg’s Pacific pivot before it could even get off the launching pad. At the same time Stoltenberg was delivering his speech, President Trump was announcing the precipitous withdrawal of some 9,500 US troops from Germany. This decision, which appeared to have been made without either consulting NATO or senior US military commanders, has shaken the alliance to its core.

For now, the Pacific pivot will remain nothing more than a vague concept, a failed last-ditch effort of a flawed alliance desperate for relevance in a changing world but weighed down by its own systemic failures.