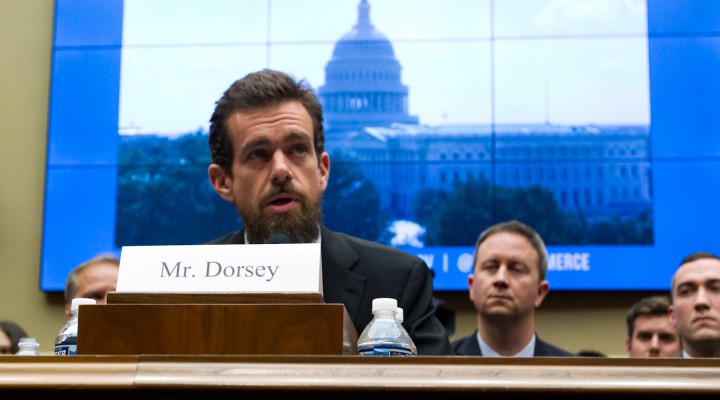 Twitter’s decision came after close collaboration with a deeply controversial U.S. and Australian government-funded think tank that has been denounced by Australia’s former ambassador in Beijing as “the architect of the China threat theory in Australia.”

MPN– Social media giant Twitter announced yesterday that it had shut down over 170,000 accounts favorable to the Chinese Communist Party, as well as more than 1,000 Russian and 7,340 Turkish accounts it claimed were parroting Putin and Erdogan propaganda. Is this evidence of massive Chinese infiltration and control over Western social media? Not quite. Not making the headlines was the fact that virtually all the accounts communicated in Chinese dialects exclusively and the vast majority (95 percent) had fewer than eight followers, with nearly four in five having no followers whatsoever.

Twitter accused the accounts of “spreading geopolitical narratives favorable to the Communist Party of China,” pushing “deceptive narratives” on the Hong Kong protests, praising China’s response to the COVID-19 pandemic and “antagonizing” the U.S. If this is the basis for removal, it sets a potentially very dangerous precedent.

Despite the impression given in mainstream media, the medical community has effusively lauded Beijing’s “leadership” and “commitment to transparency,” in the World Health Organization’s words. “I have never seen the scale and commitment of an epidemic response at this level in terms of all of government,” said the organization’s Chief Executive Director for Health Emergencies, Michael Ryan, “The challenge is great, but the response has been massive and the Chinese government deserve huge credit.” Likewise, the editors of The Lancet, the world’s most prestigious medical journal, published a statement saluting the “diligent,” “effective” and “rapid” Chinese response and “strongly condemn conspiracy theories” pushed by U.S. officials like Senator Tom Cotton, that the virus’ origin was man-made. Likewise, only around 58 percent of Hong Kong residents support the protests, with that number being far lower in Mainland China. Is taking a different line on the protests or China’s COVID response to the Trump administration a violation of the rules? In the case of Facebook and Instagram and the killing of General Qassem Soleimani, the platforms explicitly said it was, and deleted a great number of posts and accounts.

Twitter worked closely with the Australian Strategic Policy Institute (ASPI) in making yesterday’s decision. ASPI is a deeply controversial U.S. and Australian government-funded think tank based in Canberra, and was denounced by Australia’s former ambassador in Beijing as “the architect of the China threat theory in Australia.” Senator Kim Carr claimed ASPI was working hand-in-hand with Washington, trying to push “a new Cold War with China.” Former Minister for Foreign Affairs, Bob Carr (no relation), agreed, saying it pushed a “one-sided, pro-American view of the world.” This certainly seems to be the case, judging by their website, which appears uniformly dedicated to demonizing China.

Perhaps most notable, however, is that ASPI is also funded by a myriad of weapons companies, including Raytheon Australia, Northrop Grumman, and Lockheed Martin, all of whom would greatly benefit from a war with China. And as The Grayzone’s Ajit Singh pointed out, ASPI is headed by ultra-hawkish defense official Peter Jennings, who defended the Iraq War, supports regime change in other Middle Eastern states, and argued that “the West is setting the bar for military response too high”.

Australian Senator Kim Carr has slammed ASPI for seeking to “promote a new cold war with China” in collaboration with the US. In February, Carr highlighted that ASPI received $450,000 funding from the US State Department in 2019-20pic.twitter.com/2fsztK7wcb

While the exposure of minor Chinese manipulation of social media has made headlines, the news that a senior Twitter executive was unmasked as an officer in a British Army brigade dedicated to online and psychological operations was roundly ignored. Only one mainstream outlet in the West covered the story at all, and that journalist was forced out only a few weeks later.

Despite supposed foreign interference in social media becoming the number one story between 2016-2019, with many, including Hillary Clinton herself, arguing that Russia was responsible for Trump’s victory, concrete evidence of Western infiltration of these companies has garnered very little attention. For example, Reddit’s Director of Policy is Jessica Ashooh, formerly a deputy director at the Atlantic Council, a NATO-cutout that also decides for Facebook what posts are verified and what posts are fake news and deleted. The Atlantic Council’s board is a who’s who of ex-Bush administration officials and CIA heads, including Robert Gates, Leon Panetta, Michael Hayden, Colin Powell, and Condoleezza Rice. 45 percent of Americans get their news from Facebook, with similar numbers in other countries as well, meaning it has essentially become a global public utility. Thus, the CIA effectively decides what you and billions of others see – and don’t see – in your news feeds.

Google, too, is rushing to partner with the national security state; in fact, it is a major part of its business model. “What Lockheed Martin was to the twentieth century,” wrote Google executives Eric Schmidt and Larry Cohen in their book, The New Digital Age, “technology and cyber-security companies [like Google] will be to the twenty-first.” Their book was heartily endorsed by Atlantic Council director Henry Kissinger.

The latest mass deletion of accounts will likely do nothing to assuage critics of online censorship who note that it always appears that big tech companies can only find evidence of online manipulation coming from exactly the countries that the United States is currently attacking, and never itself or its allies. Washington is currently ramping up hostilities with China, the Pentagon’s 2021 budget explicitly asking for extra funding to be ready for an aggressive war in Asia. Joe Biden and Donald Trump have attacked each other for being “soft” on China, with both parties seemingly trying to shift the blame onto Beijing for what has become one of the worst COVID-19 responses in the world, leading to over 116,000 deaths. As a result, public opinion on China has quickly soured; only nine years ago, Americans had a strongly positive view of the country. Today 66 percent dislike China and around 80 percent are ready to embrace a full-scale economic war against it.

If conflict with the world’s most populous nation is to occur, the information war must be won first. It seems that it is well on the way to being achieved.