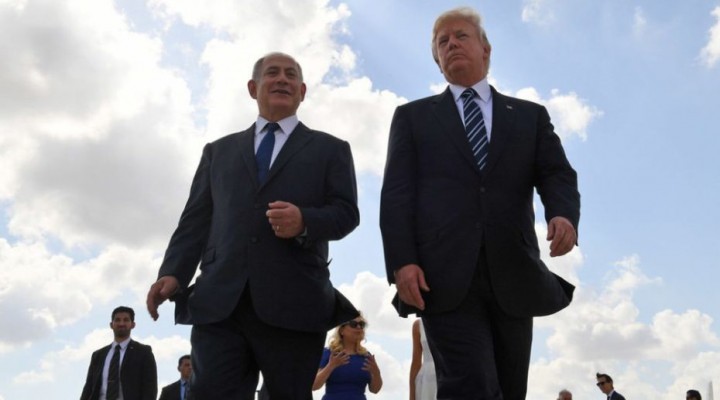 The strategic balance seemed more or less sustainable until its upending with the assassination of Qasem Soleimani and Al-Muhandis, ordered by Trump.

President Trump was understood to not want a Mid-East war that might blight his rosy re-election prospects (so long as the US stock market stays inflated, and the economy doesn’t tank). Pat Buchanan, the three-times US Presidential candidate, warned Trump that if there is a potential landmine on Trump’s road to reelection, it may be found in the Middle and Near East: “Not infrequently, foreign policy has proven decisive in presidential years”. Plus Iran was not seeking any major confrontation; Hizbullah wasn’t; Iraq wasn’t; and the Israeli Security Establishment wasn’t.

In fact, the strategic balance – though sorely tested – had been hanging together. Just to be clear: Iran and Israel both had been keeping – just – within the parameters of unspoken ‘red lines’ – despite the inflated rhetoric. And both were practicing ‘strategic patience’. So the strategic balance seemed more or less sustainable: until its upending with the assassination of Qasem Soleimani and the head of the PMU, Al-Muhandis, ordered by Trump.

Israel has not – despite its lurid language – been landing strategic blows on Iran in Syria. It has not been killing Iranians there (apart from seven killed at T4 airport in eastern Syria last year). It did not target the head of the Iranian air force, some ten days ago, as some reports have suggested (he was not even in Iraq at the time). Most of the Israeli air attacks have been on depots in the early hours, when no personnel were present. It has been a campaign more of a regular, small slicing away at Iranian logistics. It was not strategic damage.

And Iran, after sending clear ‘messages’ to Gulf States of its willingness to inflict pain on parties to its economic siege, plainly had been calibrating this push-back carefully; Iran still had its eye to global diplomacy (to wit: the joint Iranian naval exercises with Russia and China in the Persian Gulf) – whilst countering politically, America’s ‘new’ tactic of inciting ‘colour’ protests across Lebanon and Iraq (and trying to bust Syria financially, by stealing its energy revenues).

Here is the point: The US was no longer content with mere sanctions on Iran. It has been covertly escalating across the board: orchestrating protests in Iraq, in Lebanon, and in Iran itself; mounting a major cyber offensive on Iran; and a ‘messaging’ operation aimed at turning genuine popular frustration with regional mis-governance and corruption, into a weapon aimed at weakening revolutionary Iran.

The US was having some success with turning protest messaging against Iran – until, that is – its killing and wounding of so many Iraqi security force members last week (Ketaib Hizbullah is a part of Iraq’s armed forces).

And the manner of its doing, was unprecedented too. Soleimani was officially visiting Iraq. He arrived openly as a VIP guest from Syria, and was met on the tarmac by an equally senior Iraqi official, Al-Muhandis, who was assassinated also, (together with seven others). It was all open. General Soleimani regularly used his mobile phone as he argued that as a senior state official, if he were to be assassinated by another state, it would only be as an act of war.

This act, performed at the international airport of Baghdad, constitutes not just the sundering of red lines, but a humiliation inflicted on Iraq – its government and people. It will upend Iraq’s strategic positioning. The erstwhile Iraqi attempt at balancing between Washington and Iran will be swept away by Trump’s hubristic trampling on the country’s sovereignty. It may well mark the beginning of the end of the US presence in Iraq (and therefore Syria, too), and ultimately, of America’s footprint in the Middle East.

Trump may earn easy plaudits now for his “We’re America, Bitch!”, as one senior White House official defined the Trump foreign policy doctrine; but the doubts – and unforeseen consequences soon may come home to roost.

Why did he do it? If no one really wanted ‘war’, why did Trump escalate and smash up all the crockery? He has had an easy run (so far) towards re-election, so why play the always unpredictable ‘wild card’ of a yet another Mid-East conflict?

Was it that he wanted to show ‘no Benghazi’; no US embassy siege ‘on my watch’ – unlike Obama’s handling of that situation? Was he persuaded that these assassinations would play well to his constituency (Israeli and Evangelical)? Or was he offered this option baldly by the Netanyahu faction in Washington? Maybe.

Some in Israel are worried about a three or four front war reaching Israel. Senior Israeli officials recently have been speculating about the likelihood of regional conflict occurring within the coming months. Israel’s PM however, is fighting for his political life, and has requested immunity from prosecution on three indictments – pleading that this was his legal right, and that it was needed for him to “continue to lead Israel” for the sake of its future. Effectively, Netanyahu has nothing to lose from escalating tensions with Iran — but much to gain.

Opposition Israeli political and military leaders have warned that the PM needs ‘war’ with Iran — effectively to underscore the country’s ‘need’ for his continued leadership. And for technical reasons in the Israeli parliament, his plea is unlikely to be settled before the March general elections. Netanyahu thus may still have some time to wind up the case for his continued tenure of the premiership.

One prime factor in the Israeli caution towards Iran rests not so much on the waywardness of Netanyahu, but on the inconstancy of President Trump: Can it be guaranteed that the US will back Israel unreservedly — were it to again to become enmeshed in a Mid-East war? The Israeli and Gulf answer seemingly is ‘no’. The import of this assessment is significant. Trump now is seen by some in Israel – and by some insiders in Washington – as a threat to Israel’s future security vis à vis Iran. Was Trump aware of this? Was this act a gamble to guarantee no slippage in that vital constituency in the lead up to the US elections? We do not know.

So we arrive at three final questions: How far will Iran absorb this new escalation? Will Iran confine its retaliation to within Iraq? Or will the US cross another ‘red line’ by striking inside Iran itself, in any subsequent tit for tat?

Is it deliberate (or is it political autism) that makes Secretary Pompeo term all the Iraqi Hash’d a-Sha’abi forces – whether or not part of official Iraqi forces – as “Iran-led”?  The term seems to be used as a laissez-passer to attack all the many Hash’d a-Sha’abi units on the grounds that, being “Iran-linked”, they therefore count as ‘terrorist forces’. This formulation gives rise to the false sequitur that all other Iraqis would somehow approve of the killings. This would be laughable, if it were not so serious. The Hash’d forces led the war against ISIS and are esteemed by the vast majority of Iraqis. And Soleimani was on the ground at the front line, with those Iraqi forces.

These forces are not Iranian ‘proxies’. They are Iraqi nationalists who share a common Shi’a identity with their co-religionists in Iran, and across the region. They share a common zeitgeist, they see politics similarly, but they are no puppets (we write from direct experience).

But what this formulation does do is to invite a widening conflict: Many Iraqis will be outraged by the US attacks on fellow Iraqis and will revenge them. Pompeo (falsely) will then blame Iran. Is that Pompeo’s purpose: casus belli?

But where is the off-ramp? Iran will respond… Is this affair simply set to escalate from limited military exchanges … and from thence, to escalate until what? We understand that this was not addressed in Washington before the President’s decision was made. There are no real US channels of communication (other than low level) with Iran; nor is there a plan for the next days. Nor an obvious exit. Is Trump relying on gut instinct again?