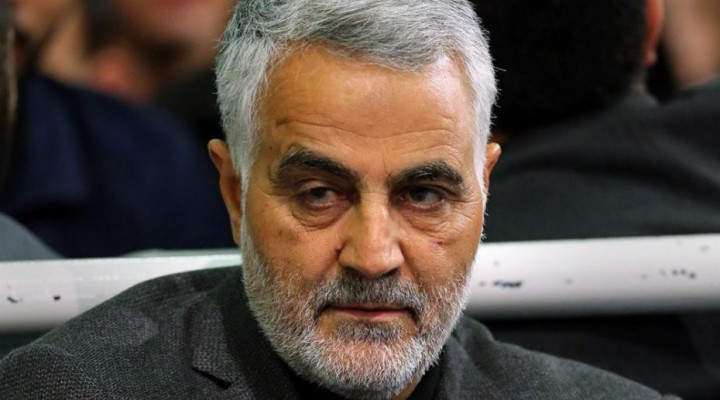 Even before he was buried, Iranian General Qasem Soleimani had to endure a second assassination at the hands of the Americans; besmirching his character and military history.

Even before he was buried, Iranian General Qasem Soleimani had to endure a second assassination at the hands of the Americans; besmirching his character and military history.

U.S. President Trump declared the “world’s number-one terrorist” had been “caught” and “terminated” by American forces when they launched an airstrike on Soleimani’s motorcade at Baghdad airport on Friday, January 3. The leader of Iran’s elite Quds Force was blown to pieces, his body later identified only from a distinctive red-stone ring he wore on his left hand.

At least six other members of the convoy were also killed including Abud Mahdi al-Muhandis, the deputy commander of the Iraqi Popular Mobilization Forces (PMF). The PMF are an officially recognized component of the Iraq national defense forces, which the U.S. is supposedly allied with.

Soleimani and Al-Muhandis were revered in Iran and Iraq, and across the Middle East, for their masterful defeat of the Islamic State terror group and its multiple al Qaeda offshoots. Iran and Iranian-backed militia were crucial in the routing of the al Qaeda-linked terror network in Iraq and Syria.

Soleimani was also feted as a national hero in Iran for his courageous leadership during the Iran-Iraq War (1980-88).

Now, according to the Trump administration, the Iranian general was no different from the dead leaders of Al Qaeda and Islamic State, Osama bin Laden and Abu Bakr al-Baghdadi. Trump boasted that the world was safer (again) because he had ordered the killing of Soleimani.

“Let this be a warning to terrorists: if you value your own life, you will not threaten the lives of our citizens,” Trump declared hours after the assassination. He bracketed Soleimani’s death with “these monsters”, saying the Iranian commander had “a sick passion for killing innocent people”.

Heaping insult upon insult, Trump told evangelical Christian supporters in Florida that the U.S. “did not war” but rather was seeking “a world of peace and harmony”. The president said he authorized the killing of Soleimani in order to “prevent war” with Iran.

That authorization was given from his luxury beach mansion at Mar-a-Lago in Florida while he reportedly ate dinner of meatloaf and ice cream with a close circle of friends.

Trump claimed he had received “actionable intelligence” that Soleimani was preparing plots to kill hundreds of American diplomats and troops across the Middle East. That’s just U.S. intel voodoo logic for which evidence is never presented. He also said the Iranian general was responsible for “thousands” of American troop deaths and the death of “millions” of innocent people. That’s plain slander.

Depicting General Qasem Soleimani as a terrorist is the logical step in the American propaganda narrative that demonizes Iran as the “world’s top terror sponsor”. But that narrative is as bogus as American claims of virtue. The need to assassinate Soleimani’s character stems from the need for the Trump administration to justify its barbaric act of murder.

Trump’s claims about eradicating terrorists and his single-handed defeat of the IS caliphate in Syria and Iraq is the really “sick passion” here.

If it wasn’t for the strategic intervention of Iran led by Soleimani, as well as that of Russia, the war in Syria would have expanded the terror caliphate in that country and Iraq, and no doubt to other countries in the Middle East.

It was illegal U.S. wars in Iraq and Afghanistan – killing over one million people and destroying whole societies – that forged the pandemic disease of terrorism across the region. The Americans and their allies have utilized these terror groups for regime change operations.

Soleimani was not a mastermind of terrorism, as his American detractors allege. He was a mastermind of legitimate resistance against American illegal occupation and state-sponsored terrorism in the Middle East. The defeat of Islamic State and their assorted proxies in Syria and Iraq exposed the dirty war that the U.S. had orchestrated and its shambolic, hypocritical claims about “fighting terrorism”.

In a mark of respect, Russia’s Ministry of Defense paid homage to General Soleimani for his contribution to defeating terror groups in Syria and Iraq.

That is why Soleimani became such a hate-figure for Washington. He had thwarted the American imperialist agenda for subjugating the region according to its strategic desires.

Trump and his Secretary of State Mike Pompeo are absurdly saying the U.S. doesn’t want a war with Iran. Pompeo has even said the White House is “trying to de-escalate tensions” with Tehran.

With cloying disingenuousness, the president said: “I’ve deep respect for the Iranian people – they are a remarkable people with an incredible heritage and unlimited potential. We do not seek regime change. However, the Iranian regime’s aggression in the region, including the use of proxy fighters to destabilize its neighbors, must end and it must end now.”

Iranian regime’s aggression? This from a U.S. regime that is simultaneously bombing several countries, has tens of thousand of troops in the region, uses strangulating economic sanctions/warfare, rips up international arms control agreements, and has the blood of millions on its hands.

Another hawkish acolyte Senator Lindsey Graham helped formulate the logic of war escalation, by stating: “If Iran continues to attack America and our allies, they should pay the heaviest of prices, which includes the destruction of their oil refineries.”

The U.S. under Donald Trump is caught up fatally in its own delusions and web of propaganda lies. A nation whose leader celebrates murder while attending an ecstatic church meeting is a nation that is doomed.