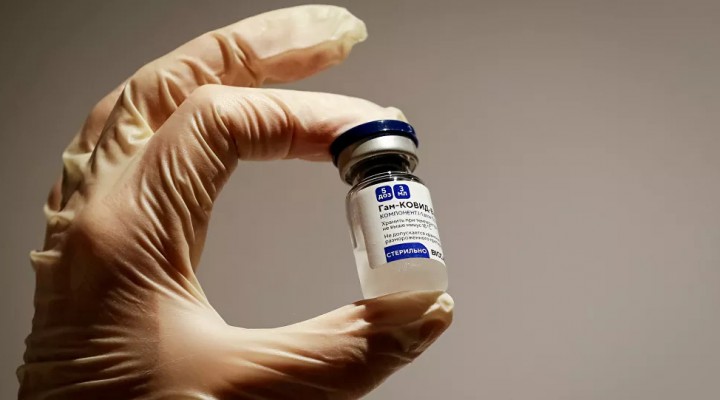 Well, how about that? Even the US media – so often irrationally hostile to anything Russian – are now even admitting that the Sputnik V vaccine against Covid-19 could be “a global success story”.

Prestigious medical journal, The Lancet, published a study last week which puts the Russian vaccine at the forefront of the global battle to eradicate the coronavirus pandemic.

When the Russian government first announced back in August last year that it was approving Sputnik V for medical use, it was either ignored or mocked in the US media. One American former senior administration official reportedly scoffed at the Russian vaccine, describing it as a “joke”.

Critics claimed back then that the Gamaleya Institute in Moscow had rushed production without carrying out requisite trial steps in humans. However, the latest Lancet study was based on large-scale trials in humans which found that the Russian vaccine provides nearly 92 per cent effectiveness against symptomatic cases of COVID-19. Not only that, but Sputnik V was safe to use in all age groups.

Moreover, the Russian formula is cheaper to produce and does not require subzero temperatures for storage and transport. In all-round effectiveness and efficacy, Sputnik V arguably outperforms the American and British-Swedish vaccines produced by Moderna, Pfizer and AstraZeneca.

No wonder then that dozens of countries are queuing up to procure supplies of the Russian jab. It potentially offers the best way to defeat the pandemic and to get societies back to normal after a year of turmoil in public health services economic chaos.

Even European leaders are calling for the Russian vaccine to be adopted, with some EU countries like Hungary already using it.

What this shows is how futile it is for irrational politicization of international relations. There is no doubt that the cynical reaction in the US to the initial news of Sputnik V was motivated by the rampant Russophobia among American politicians and media which prevents them from thinking rationally or intelligently. Everything, it seems, is seen by a preponderant number of American politicians and pundits through a prism of Cold War-style animosity.

But then there also comes another point of existential necessity where human need takes over from ideological bigotry. It is not clear how effective the Western vaccines will be against newer, more virulent strains of the coronavirus disease which emerge and mutate over time. South African has now halted the use of the AstraZeneca formula because it is deemed as not offering adequate immunization against a new variant of the virus.

As for the European Union, its rollout of vaccinations has turned into a shambles with supplies not matching the pent-up demand among populations fast enough to ensure immunity and return to normalcy.

Meanwhile, in the United States the Biden administration has fared better than the EU in rolling out its inoculation program, but the task is still daunting. Also, there is no guarantee that in the future the American vaccination plan will succeed if new, deadlier variants of the virus emerge in other parts of the world.

Russia’s Sputnik V offers a “vaccine for all mankind” as noted by Kirill Dmitriev, the chief executive of the Russian Direct Investment Fund which financed the Gamaleya Institute’s scientific endeavor. That’s because it can be mass distributed quickly and affordably.

© PHOTO : RUSSIAN DIRECT INVESTMENT FUND
A handout photo shows vials during the production of “Gam-COVID-Vac” vaccine against the coronavirus disease (COVID-19), developed by the Gamaleya National Research Institute of Epidemiology and Microbiology and the Russian Direct Investment Fund (RDIF), at Binnopharm pharmaceutical company in Zelenograd near Moscow, Russia August 7, 2020

Sputnik V and the pandemic are just one aspect of a wider story. That story being one in which international cooperation and solidarity are vital for survival, coexistence, peace and development.

Russia’s provision of its vaccine to Iran is beautifully allegorical. Iran has been badly hit by the pandemic with over 60,000 deaths largely due to the economic sanctions imposed on the country by the United States owing to the latter’s belligerence and bigotry. The US disparaged the Russian vaccine initially, yet the Russian jab is a victory not just for science but for human solidarity.

The Real Problem with COVID-19 Vaccines

0 thoughts on “Victory Jab for Russia”