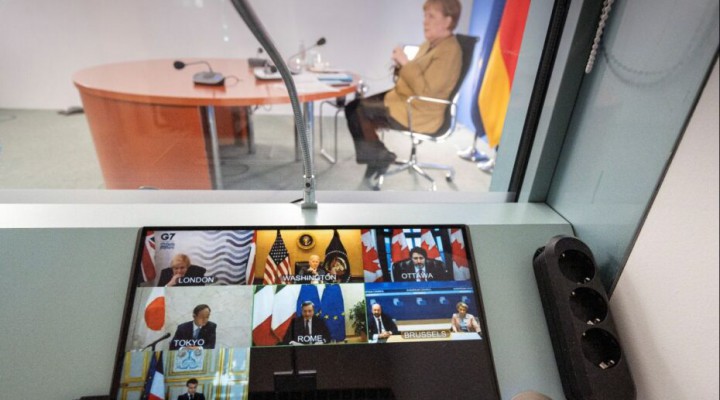 United Nations chief Antonio Guterres has condemned the global vaccine inequality as a moral test of our time, pointing out that some 130 nations have yet to receive a single dose to combat the Covid-19 pandemic.

Western “big pharma” profit imperative and patent controls inevitably mean that poor countries will always be last on the list to receive supplies of vaccines on a consumer-commodity basis. The wealthier nations are as usual taking the lion’s share. Some estimate that at present rate, it won’t be until 2024 when African nations will be fully inoculated.

Russian and Chinese-produced vaccines are making a difference, however. But the potential benefit is limited by Cold War mindset in the West.

Sputnik V and Sinopharm products are cheaper to manufacture, store and transport compared with Western counterparts. For this reason, dozens of countries are taking up supply of the Russian and Chinese jabs. Not only that, but Russia and China are giving license for other countries to produce the vaccines on their own territories.

Instead of these moves being welcomed as a significant contribution to the global effort to defeat the pandemic, both Russia and China are being accused of weaponizing vaccines to win political favor for strategic objectives.

French President Emmanuel Macron warned last week that Western nations were losing a “war of influence over vaccines” compared with Russia and China since the latter two are reaching out more equitably to other nations, especially poorer ones. Russia, for example, has recently supplied two million doses of its vaccine to the people of Gaza.

But why the need for cynicism over Russia and China’s motives?

A recent report by Estonia’s foreign intelligence agency accused Russia and China of trying to “weaken” Western alliances by exploiting the global pandemic. Russia and China, it said, were aiming to show themselves as the “first among major powers to provide a solution to the Covid-19 crisis”.

Such unhinged Cold War-style paranoia is, however, not just the preserve of marginal reactionary European states obsessed by Russophobia or Sinophobia.

“We still wonder why Russia is offering theoretically millions and millions of doses while not sufficiently progressing their own people,” said von der Leyen. Despite Von der Leyen’s insinuation, there is nothing to suggest Russia is relegating the needs of its own people in place of promoting supply abroad.

The Euronews outlet also quoted Jacob Kirkegaard, from the German Marshall Fund, as saying that Moscow is trying to use the selling of vaccines to achieve foreign policy objectives.

“If you look at the rollout of Sputnik [vaccine] domestically in Russia it’s very limited,” he claimed. “I simply don’t believe [sic] that the Russian government has the capacity to scale this up to any sort of meaningful, massive global delivery of Sputnik around the world.”

Given the shambles of the European Union’s slow vaccine rollout it is a bit rich for Von der Leyen and her ilk to try to denigrate Russia over its program with implied allegation of inefficiency. In fact, Russia appears to have sufficient capacity to meet its population’s needs while allocating excess capacity to other countries in need and requesting it.

Besides, what Russia is offering is a license for other countries to manufacture the Sputnik V vaccine on their own territory where they have the technical facility to do so. Algeria and Serbia, for example, are preparing to produce their own supplies of the Russian vaccine under license from the Russian manufacturer. This extra-Russia production would also be well within the technical capability of other European countries. In which case the problem of Russia-only supply not meeting international demand does not arise.

So, the question is: why has the EU so far not given approval for delivery or manufacture of the Russian vaccine?

The European Medicines Agency – the EU’s regulatory authority – has reportedly received an application from Russia for registering Sputnik V to join the EU’s inoculation program, according to the Russian Direct Investment Fund which funded the creation of Sputnik V by the Gamaleya Institute in Moscow.

It is obscure why the EMA has not pushed through the Russian application. There are media claims that the Russians have not submitted sufficient supporting data, which Russia rejects as false.

A recent study published in The Lancet medical journal found that Sputnik V has an effectiveness in large-scale trials of nearly 92 per cent against symptomatic cases of Covid-19 and is safe to use in all age groups. Recall that up to that Lancet study, some Western media and politicians were going out of their way to disparage the Russian vaccine as a viable candidate.

The European Union had no problem approving vaccines from Pfizer-BioNTech, Moderna and AstraZeneca in short order. Therefore, the hold-up on processing approval for the Russian vaccine seems odd. Especially since several European countries are going ahead separately to authorize emergency use of Sputnik V in light of the slow EU rollout program.

Russia has explicitly stated that it wants to work as a partner with the European Union in managing an effective distribution of vaccines. So just who then is waging a “vaccine war of influence”? Russia says it wants to be a partner, not an antagonist nor a competitor. Who is the one giving out negative vibes, casting aspersions, making problems, setting up obstacles?

Getting vaccines out to the world efficaciously is not just a moral issue of equity between rich and poor nations. It is also a matter of pursuing the most medically effective way to suppress the pandemic. The longer that populations remain without inoculation then the greater is the risk of more virulent mutations of the coronavirus occurring.

Richer nations are pursuing a shortsighted “vaccine nationalism” whereby the priority is to focus on their own populations to the exclusion of others. This is potentially a futile strategy because if the pandemic is not eradicated globally then all nations remain vulnerable to a resurgence.

Russia and China’s vaccines are the way to go. They are relatively affordable and easier to use, and both countries have the enlightened understanding of the paramount need for global vaccine solidarity.